5 reasons to watch the Grammy Awards 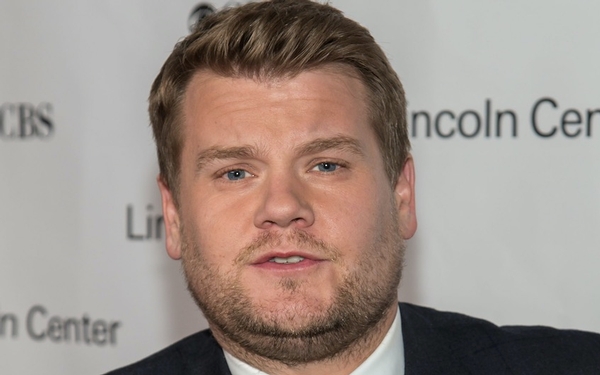 The 59th annual Grammy Awards ceremony will once again take place at Staples Center in downtown Los Angeles and will air live on CBS on Feb. 12.

But why should you watch?

If you live on the West Coast, the ceremony will not interfere with the undoubtedly bloody and savage season seven midseason premiere of AMC’s “The Walking Dead,” which airs at 9 p.m. (plus that’s what DVRs are for anyway), and with the current political climate there’s bound to be enough quotable bits to set social media sites on fire.

There are also numerous possible upsets as artists such as Beyoncé, Adele, Drake, Rihanna, Chance the Rapper, Justin Bieber and Kanye West are all up for trophies in top categories.

So gather your friends and break out the drinks and snacks because here are five solid reasons to tune into the Grammy’s on Sunday.

After a five-year run as Grammy host, rapper and actor LL Cool J has been replaced by “The Late Late Show” host James Corden. He’s a fitting choice since he’s found viral success with his “Carpool Karaoke,” during which he has managed to get artists including Adele, Madonna, Mariah Carey, Bruno Mars and the Red Hot Chili Peppers to join him in belting out tunes while out on a drive. The English actor and writer also has some award show hosting experience since he presented the Brit Awards for five years.

During the ceremony last year, Lady Gaga paid tribute to David Bowie, who passed on Jan. 10, with an elaborate medley of his songs and Jackson Browne, Don Henley and Joe Walsh performed a touching version of “Take it Easy” for Eagles player Glenn Frey, who died on Jan. 18. Hollywood Vampires, including Alice Cooper, Johnny Depp and Joe Perry, paid tribute to Motörhead frontman Lemmy Kilmister, who died on Dec. 28, 2015.

People went bonkers online recently when 35-year-old Beyoncé shared the news that she and husband rapper Jay Z were expecting twins later this year. The 2017 Coachella Valley Music & Arts Festival headliner is still set to perform both weekends in Indio in April as well as perform during the Grammy ceremony where she’s nominated for nine awards including song of the year and record of the year for “Formation” and album of the year for “Lemonade.” She is, however, up against Adele’s top-selling “25” release in all three of those categories.

Rapper and best new artist nominee Anderson .Paak will join A Tribe Called Quest for a set. As previously announced, Adele, Carrie Underwood, Keith Urban, John Legend, Metallica and Bruno Mars will all perform and it was revealed that Chance the Rapper, Little Big Town, Gary Clark Jr. and Sturgill Simpson have been added to that line-up as well.

Anything can happen, like in 2006 when Jay Z, Linkin Park and Sir Paul McCartney took the stage at the Grammys.

People are fired up about politics this year and we’ve already heard and seen some high profile entertainers use their moment in the spotlight at the Golden Globes and Screen Actors Guild Awards to speak about the causes they’re the most passionate about. Though the Grammys are a bit more relaxed in format, there’s no doubt that some of the winning artists and performers will make sure their voices and opinions are heard and then everyone can debate about it on social media the following day.

Taylor Swift, who scored a Grammy for album of the year for her release “1989” just last year, threw a little shade into her acceptance speech.