That ethereal Banners sound is no accident 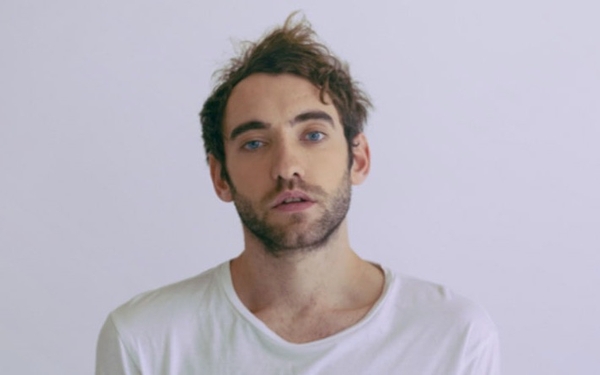 There’s an ethereal quality to the modern pop-rock music of Mike Nelson, better known by his stage name Banners. The British singer-songwriter comes by the vibe honestly — he grew up singing in a cathedral choir in his native Liverpool.

Now he’s putting that vocal training to use. After initially recording under the name Raines, he signed with Island Records and released his “Banners” last year. His graceful croon of a voice has earned him comparisons to Coldplay frontman Chris Martin.

Despite the warm critical reception to his music, Nelson doesn’t take his growing success for granted. His early choral training taught him the discipline of always working hard, regardless of the outcome.

“There’s no magic formula to making it in music,” he says. “All you can do is try your best. The only thing you can regret is not trying your best.”

He called recently to discuss his early singing years, his new Canadian home and touring the United States. This is an edited transcript.

Banners is your stage name and not a band name, correct?  Yes, it’s me. But I like that ambiguity. I like having the lads who play in my band. Although they’re session players and I pay them, they’ve become my best friends. It’s a lovely thing to pull into a city as a gang, otherwise it would be very lonely. Most of our time is on the road, sharing hotel rooms and sitting in a van for 12-hour drives.

How did you decide on Banners as a name?  I like the idea of a banner being a thing you’d go into battle behind, like a standard-bearer. I like that a banner is something you can wear like your heart on your sleeve. I like that my music is my standard.

You did your first tour of the United States last year. Were there any lessons you learned on the road?  People think it’s a rock ‘n’ roll party, when realistically you just want to get as much sleep as you can so the next night your voice works properly. Sometimes I wish it could be more rock ‘n’ roll, but usually I’m in the van trying to sleep.

Two years ago you relocated to Canada from your native England. Why did you choose Toronto as opposed to Los Angeles or New York?  The reason I ended up in Toronto was more circumstance than anything. I initially came for about a month to do some writing sessions, then I just stayed. If I had thought about where I wanted to move to facilitate a music career, Toronto probably wouldn’t have been high on the list. But now that I’m here, there’s no place else I would rather be. It’s an hour flight to New York. It’s in-between England and LA, so it’s quite the jumping point. The music scene in Toronto is really healthy. Drake is from here and there are plenty of international groups. There are great venues, from 200-seat capacity to 15,000 at the arena. I sound like I’m part of the Canadian tourism board. (laughs)

You grew up singing in the church choir. How did that come about?  I was 6 when I did my first musical performance. It was in the Christmas Nativity play at school. They needed someone to be a singing ox. I didn’t really know if I could do it, but they had an audition so I had a go at it. After that little performance, the music teacher said I should audition for the cathedral choir. In Liverpool, there are two really great cathedrals — a Catholic one and a Protestant one. They’re both really beautiful, but the Liverpool Cathedral is absolutely massive. It’s the fifth biggest church in the world. I sang in that choir from the age of 7 to 15. I went there pretty much every day after school and also on the weekend. It was really nothing but music when I was growing up.

What did you learn from that experience?  It took people years to build that church. What you learn in a building like that is that you always have to do your best because you are paying homage to the generations of people who worked on it. You learn to always give everything you’ve got when you perform. That translates to playing gigs. When you do a tour with a rock band, you may be at a point where you’re in the middle of a 40-date tour and you’re really tired. Then you think, “I need to give my best to this.”

The actress Ashley Greene from the “Twilight” film series stars in the video for your song “Holy Ground.” How did you enlist her for the project?  It was a bit of a passion project. A good friend of mine in LA put it together. She’s friends with Ashley and played her my music. Ashley liked it and really wanted to be in the video. She gets a lot of offers but doesn’t take them unless the project is right. I didn’t have a budget, so she said she would do it for free. That was massively humbling.

Who are the major artists that have influenced you?  I’m always careful to point out that I’m not anywhere near as good as these people. Jeff Buckley is a huge influence. He’s quite choral. Regina Spektor is absolutely brilliant. It’s not the coolest thing in the world to say, but Chris Martin from Coldplay is also a really big influence. He has this constant dedication. I think it’s one of the reasons Coldplay is one of the biggest bands on the planet. As much as his talent and good looks, it’s his hard work.