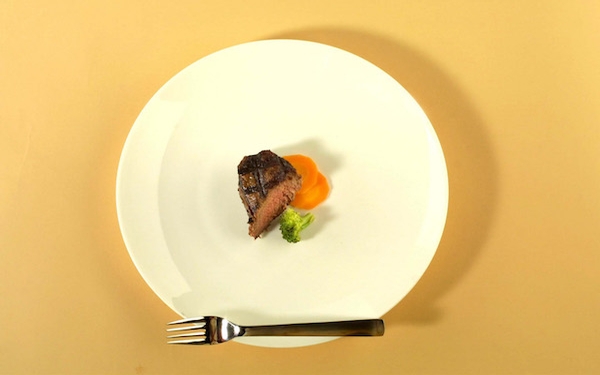 Cutting down on calories impacts cell-aging and leads to slower aging -- at least in mice. (Natalie Caudill/Dallas Morning News/TNS)

Want to slow aging? You might want to ditch the moisturizer and eat less.

Scientists at Brigham Young University have published research that show cutting calories affects aging inside a cell. They found that ribosomes — the cell’s protein maker — slow down when calories were cut and that, in turn, this calorie-restriction led to longer, healthier lives in mice.

The research, published in Molecular & Cellular Proteomics, includes the study of two groups of mice, one with unlimited access to food, the other restricted to consume 35 percent fewer calories, but still receiving all the necessary nutrients for survival. Ribosomes slowed down in the group on a restricted diet, apparently slowing the cellular process of aging as well. The calorie-restricted mice were also more energetic.

“The ribosome is a very complex machine, sort of like your car, and it periodically needs maintenance to replace the parts that wear out the fastest,” Price said. “When tires wear out, you don’t throw the whole car away and buy new ones. It’s cheaper to replace the tires.”

Other studies have shown a connection between fewer calories and longer lifespan, but the Brigham Young team is “the first to show that general protein synthesis slows down and to recognize the ribosome’s role in facilitating those youth-extending biochemical changes.”

Ribosomes use about 10 to 20 percent of a cell’s total energy to build the proteins that allow the cell to function. When ribosomes slow down at their jobs, it gives them more time to repair themselves.

Before you begin cutting back on your meal portions, however, consider this: Researchers warn that calorie-restriction as a fountain of youth hasn’t been tested in humans and results in mice don’t always translate to our species.

“Food isn’t just material to be burned — it’s a signal that tells our body and cells how to respond,” Price said. “We’re getting down to the mechanisms of aging, which may help us make more educated decisions about what we eat.”

Health & Fitness
She lost half her body weight and landed on the cover of People. What’s her secret?
840 views

Health & Fitness
‘All calories are not alike’: Cutting carbs instead of calories keeps weight off, study says
1,284 views

Health & Fitness
Intermittent fasting is this season’s ‘it’ diet. But is it healthy?
999 views