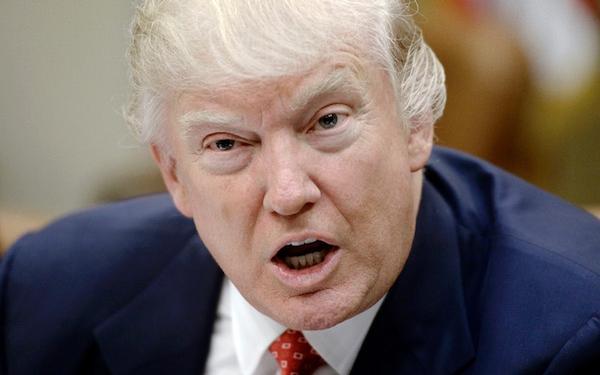 Republicans remain firmly supportive of President Donald Trump’s overtures to Russia, even as the GOP’s congressional leaders are wary.

A new McClatchy-Marist poll found large majority of Republicans, 73 percent, appear ready to dismiss leadership’s concerns about getting too close to the longtime adversary amid worries about alleged meddling of U.S. elections and the annexation of Crimea.

Only 10 percent of Republicans actually think it’s a bad thing. Also telling is that an equal number of independents, 43 percent, think it’s as good idea as it is a bad idea to improve ties with Russia.

The ranks of Republicans who feel Trump acted unethically, if not illegally, are in the single digits. Trump revealed recently that his former national security adviser Michael Flynn talked to Russia about sanctions and possibly lied about it to the FBI. Trump said he didn’t direct Flynn to discuss sanctions with the Russian ambassador, but he said he would have if he thought Flynn wasn’t going to.

Republicans leaders on Capitol Hill want more answers. Leaders such as Senate Majority Leader Mitch McConnell, R-Ky., and House Speaker Paul Ryan, R-Wis., have drawn a hard line against easing sanctions on Russia. Many leaders have expressed concern about Russia’s 2014 invasion of Ukraine, the annexation of Crimea, threats to NATO allies as well as the attempted interference in American elections.

“It’s going to be an interesting dance between the White House and the congressional leadership. The problem for the Republicans is, what’s the expression about the bull in the china shop, ‘If you break it, you own it,’” said Lee Miringoff, the director of the Marist Institute for Public Opinion in New York, which conducted the nationwide survey.

“I don’t believe making enemy of (Russian President Vladimir) Putin serves us in any way,” said Preusch, 57, of Lake Mary, Fla. “Maybe Putin oversteps his bounds. That is the man he is. But to make an enemy out of him because he doesn’t see things your way 100 percent of the time, it’s not in our best interest.”

Mix in Democrats and Independents and it’s a much different perspective.

Nearly 50 percent of all registered voters think Trump’s relationship with Russia is a bad thing for the United States. Less than 40 percent think it’s a good thing.

Fifty-three percent of registered voters think the United States’ role on the world stage has been weakened by Trump’s decisions as president. Less than 40 percent believe it’s been strengthened.

Fifty three-percent of disapprove of Trump’s handling of terrorism. Less than 40 percent approve.

Miringoff said Trump supporters and Republicans have helped the president, but overall the views of Trump on the world state are “thumbs down in terms of how he’s performing.”

Tom Porter, a 76-year-old former athletic coordinator from Champaign, Ill., sees Trump as his president, but doesn’t like some of the choices he’s made, particularly starting fights and possibly holding conversations with Russia.

HOW THE SURVEY WAS CONDUCTED

This survey of 1,073 adults was conducted Feb. 15-19, 2017, by The Marist Poll, sponsored and funded in partnership with McClatchy. Adults 18 years of age and older residing in the contiguous United States were contacted on landline or mobile numbers and interviewed in English by telephone using live interviewers. Landline telephone numbers were randomly selected based upon a list of telephone exchanges from throughout the nation from ASDE Survey Sampler Inc. The exchanges were selected to ensure that each region was represented in proportion to its population. Respondents in the household were randomly selected by first asking for the youngest male. This landline sample was combined with respondents reached through random dialing of cellphone numbers from Survey Sampling International. After the interviews were completed, the two samples were combined and balanced to reflect the 2013 American Community Survey one-year estimates for age, gender, income, race and region. Results are statistically significant within plus or minus 3.0 percentage points. There are 865 registered voters. The results for this subset are statistically significant within plus or minus 3.3 percentage points. The error margin was not adjusted for sample weights and increases for cross-tabulation.