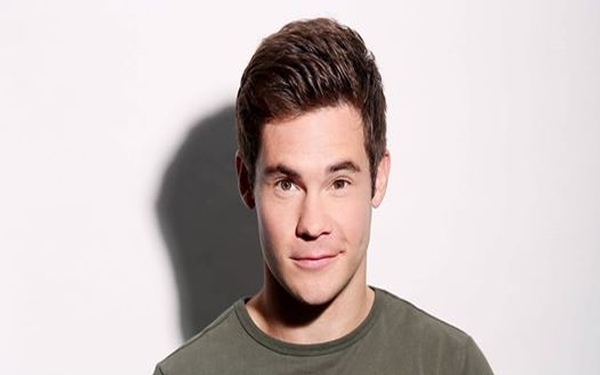 Comedian Adam Devine has announced the “Weird Life Tour 2017”, his latest major multi-city standup comedy tour that will take him across the United States throughout 2017.  His Los Angeles performance will be at The Wiltern on Saturday, March 4.  Purchase tickets at LiveNation.com

Adam Devine is quickly becoming one of the most sought after young comedians and actors in the comedy world.  Devine is best known as a co-creator, writer, and star of the hit Comedy Central show, Workaholics.

Devine starred opposite Zac Efron in Mike and Dave Need Wedding Dates, a comedy based on the true story of brothers who attempted to find a wedding date by placing an ad on Craigslist and instead found themselves out-hustled by an uncontrollable duo. Additionally, Devine was recently seen in Universal’s Pitch Perfect 2, where he returned as Bumper Allen, leader of the all-male campus singing champions.

The Los Angeles show time at The Wiltern on March 4 is at 7PM. Tickets are available at LiveNation.com

Remaining tour dates in addition to Los Angeles include: