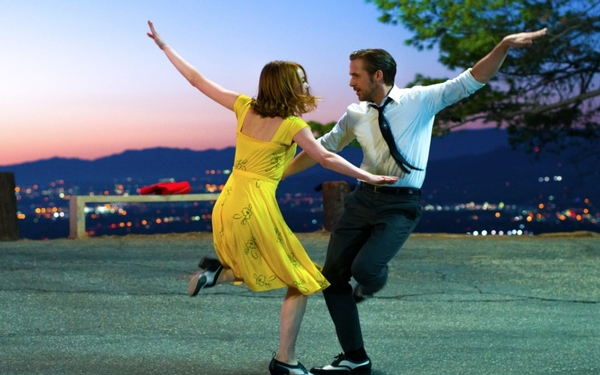 After six months of campaigning and cajoling and trying to get “City of Stars” out of our heads, the Oscars are finally here. So it’s time for some final predictions for Sunday’s ceremony.

We good? No? OK. There will be exactly eight cuts to Meryl Streep reacting to someone either lavishing praise on her or criticizing Trump. There will be at least six worthy people left off this year’s in memoriam montage because, after this last year, how could there not? And that particular montage will end with a beautiful shot of Carrie Fisher and Debbie Reynolds, filling us with an aching sadness that will make the rest of the evening — nay, the entirety of awards shows — feel pointless and absurd.

Wait … what … ? You just wanted predictions for your Oscars pool? Geez. Why didn’t you say so?

“La La Land!” Repeat it nine times. Add the dynamic duo from “Fences” and sprinkle in a little “Moonlight.” And then cut to Meryl, clapping and crying.

So here we go, category by category. Let’s get started before the orchestra plays us off …

Winner: We’ve pretty much covered this, right? A movie doesn’t earn a record-tying 14 nominations and not win best picture. If you want to get hammered on Oscars night, choose the words “La La Land” for your drinking game.

This feels like one of those times when the critics’ favorite who steamrolled through the early part of the awards season gets usurped by a more obvious, broadly appealing choice. (Think “Mystic River’s” Sean Penn besting “Lost in Translation’s” Bill Murray or “Birdman” prevailing over “Boyhood.”) Washington’s imposing work in “Fences,” acting with a capital A, is the kind of performance that usually prevails over inward turns like Affleck’s in “Manchester.” (Though not always — remember Mark Rylance won an Oscar last year for his lovely, understated performance in “Bridge of Spies.”)

To put it another way, adding some historical context: Denzel is probably going to drink Casey’s milkshake.

Winner: Mahershala Ali, “Moonlight.” A few Oscar pundits are picking Dev Patel to pull off an upset here. While a lot of voters loved “Lion,” even the movie’s most die-hard fans have to admit that its first hour — the one without Patel — is its strongest. Ali, meanwhile, brought a profound tenderness to his “Moonlight” character, making us empathize with a complicated drug dealer and see such people from a different angle.

Winner: Viola Davis, “Fences.” She pretty much won this from the moment she signed on to reprise her Broadway turn.

Winner: If “La La Land” wins here, watch out. We could be looking at Oscar history. But more likely, “Manchester by the Sea” will win its one Oscar for Kenneth Lonergan’s nimble, nuanced writing.

Winner: “Zootopia” prevails for its funny and thought-provoking take on tolerance.

Winner: The ambitious, essential “O.J.: Made in America” will likely take this, even though most academy members probably didn’t make it through its entire 467-minute running time. Ava DuVernay’s shattering “13th” remains a possibility here too.

Winner: “The Salesman.” A vote for the latest film from Iranian director Asghar Farhadi has a dual purpose — rewarding excellence and showing solidarity with immigrants. I can’t see academy members passing up that opportunity.

Winner: “La La Land” for the way Linus Sandgren made Los Angeles look like a place where magic hour lasts the entire day.

My initial instinct was to go with “La La Land,” a movie that made canary-yellow dresses a thing. But this category rarely goes to movies that take place in the present day. And “Jackie” more than rose to the challenge of re-creating the wardrobe of a fashion icon. So go with the lady possessing the pillbox hat.

Winner: Time was, this Oscar almost always lined up with the best picture winner. But that has happened just once so far this decade. Make it 2 for 7 with “La La Land.”

Winner: “Star Trek” won in 2010 and, with the category absent of any work from best picture nominees, the franchise should return to the winner’s circle.

Winner: “City of Stars.” Fess up. You’re humming it right now, aren’t you?

Winner: “Hacksaw Ridge.” Here’s the last four winners in this category: “Mad Max: Fury Road,” “American Sniper,” “Gravity” and, in a tie, “Zero Dark Thirty” and “Skyfall.” You see the pattern? Do you hear the pattern? “Hacksaw” will win for the rockets’ red glare, the bombs bursting in air …

Winner: Meanwhile, if a music-heavy movie is nominated here, it wins. You have to go back to 2001’s “Moulin Rouge!” to find the last one that didn’t, probably because of the academy’s long-standing bias against unnecessary punctuation marks. So … “La La Land” prevails.

Winner: Robert Legato has won previously for “Hugo” and “Titanic.” Look for him to pull off the hat trick for the innovative “Jungle Book.”

Winner: Three of the five nominees address the Syrian civil war and refugee crisis, including Netflix’s (relatively) high-profile “White Helmets.” Then there’s “Joe’s Violin,” a heartwarming look at a Holocaust survivor who donated his violin to a Bronx public school. With Jon Stewart and Stephen Colbert in its corner, “Joe’s” famous friends give it an edge.

Winner: This is the biggest guess of the lot. I’m going with “Ennemis Interieurs” (Internal Enemies), the intense tale of a French-Algerian man being questioned about his past as he tries to become a French citizen.

Its timeliness should help its cause.