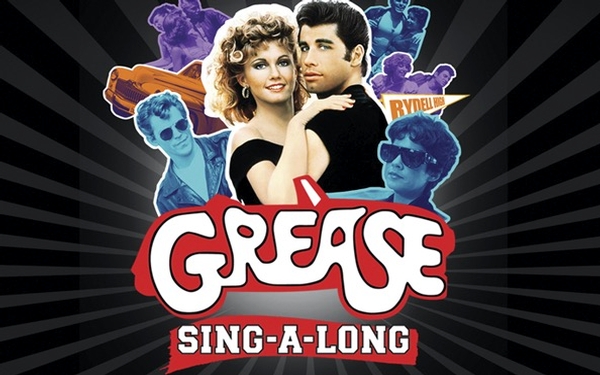 Theater goers will delight in the trio of productions coming to the La Mirada Theatre for the Performing Arts. From musical movie sing-alongs to the most acclaimed and celebrated musical of all time – West Side Story, featuring the musical styling’s of Stephen Sondheim and Leonard Bernstein – music lovers won’t want to miss these upcoming productions.

La Mirada Theatre for the Performing Arts is the perfect place to enjoy these renowned musical showcases. Now in its fourth decade, La Mirada Theatre is routinely recognized as the premier theater in Southern California for the performing arts. The state of the art venue is lauded for its stunning acoustics, beauty and comfort in all 1,251 seats.

The season kicks off with March 17 at 8pm with a Grease Sing-a-Long! Your host will lead you in a vocal warm up, guide you on how to use your free fun pack while viewing the film and even suggest the most appropriate shout outs and actions to accompany the film. Don’t just watch the film – live it out. Dress up in character from Rizzo and Frenchie to Kenickie, learn the hand jive and become a Pink Lady or a T-bird. Join Danny and Sandy for a night of “Summer Lovin” and “Greased Lightning” while your heart sails away with their romantic storyline. Join your honey in a song and dance to “You’re the One That I Want” or your favorite from the beloved soundtrack. The lyrics on the screen make it easy to follow along and join in with the entire audience. Grab your friends and let them know how you’ll be spending your Friday night. Tickets start at $15 and may be purchased by calling the Box Office at 562.944.9801 or ordered online.

The fun and entertainment continues throughout the weekend. Join a musical extravaganza like no other when you dress up and sing-along to a showing of Willy Wonka and the Chocolate Factory on Sunday, March 19 at 1pm. Will you be Willy, Charlie Bucket, the blueberry herself - Violet Beauregarde or perhaps an Ooompa Loompa? Your $15 ticket includes a scrumdidilyumptious sing-along experience, complete with a themed Fun Pack filled with props. You might be one the lucky ones to discover your own golden ticket hidden in the theatre. Continuing the excitement and fun – a host will lead a vocal warm-up and teach you choreography to accompany songs from the movie. of Once the film starts rolling, join in with the entire audience as you all “oompa, loompa, doom-pa-dee-do” down the chocolate river! Those that do the best job at getting into and staying in character might just find themselves awarded prizes for using their pure imagination! Join the fun by calling the Box Office at 562.944.9801 or order online.

Finally comes the most acclaimed and revered musical of the 20th century – West Side Story. A modern day Romeo and Juliet story, its storyline remains poignant and topical despite the 60 years since it was written. As any musical lover knows, the storyline is meaningless without the right accompaniment. The soundtrack to West Side Story has been loved since its debut and continues to be acclaimed today - the amazing team of Leonard Bernstein and Stephen Sondheim created this score which includes “Tonight,” “Maria,” “America” and the revered classic “Somewhere.”

The stage at the La Mirada Theatre transforms in to the street of New York City beginning with a special preview on Friday, April 21, 2017 and continuing its run through Sunday, May 14, 2017. A phenomenal cast and crew have joined together for a modern day musical retelling of a time honored dramatic love story filled with warring street gangs and a daily battle against a world of hate, violence and prejudice. Famed director Richard Israel, who previously directed last year’s production of Rent, along with many other directing credits has teamed up with Choreographer John Todd and Musical Director Brent Crayon to effortlessly lead a cast including Ashley Marie as Maria, Marlene Martinez as Anita, Adrian Arrieta as Nibbles and Jean-Luc Cavnar-Lewandowski as Big Deal. These talented actors, dancers, musicians and directors have put together a production worthy of the most renowned stages in the world and one will feel honored to have sat in the audience amongst such great talent.

Those interested in a more personal and intimate theater experience won’t want to miss talkbacks with the cast and creative team on Wednesday, April 26 and Wednesday, May 10.  These unique opportunities allow you to ask the cast and crew questions and offer feedback regarding the production and performances.

This production is a limited run and tickets are expected to sell out quickly. Ticket prices range from $20 - $70 and can be purchased at La Mirada Theatre’s website, www.lamiradatheatre.com or by calling the La Mirada Theatre Box Office at (562) 944-9801 or (714) 994-6310. Student, Senior and group discounts are available as well. A limited number of $15 Student Tickets for the April 21 – May 7 performances are available on a first come basis.

La Mirada Theatre for the Performing Arts is located at 14900 La Mirada Boulevard in La Mirada, near the intersection of Rosecrans Avenue where the 91 and 5 freeways meet. Parking is free. For more information visit http://lamiradatheatre.com.