Why it Pays to be a: Math Geek 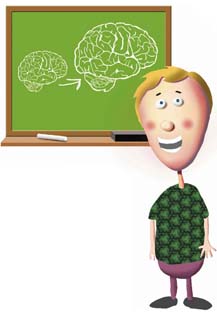 Surviving those advanced integral calculus lectures and organic chemistry labs meant downing gallons of coffee, but that math- or science-related major might just be worth it – in terms of job outlook and high starting pay, that is.

College students graduating with a math- or science-related degree are likely to earn significantly higher starting pay than their peers in liberal arts disciplines, according to a 2005 salary survey by the National Association of Colleges and Employers (NACE).

Alan Weiss, president of Summit Consulting Group, a firm specializing in management development, says a primary reason math and science graduates earn more out of college is a simple case of supply and demand: “They're much more immediately applicable in a much smaller supply.”

Weiss also attributes the demand for quantitative majors to the specialized training students receive. “You can immediately put somebody to work in a lab,” he says. “It's much more problematic [determining] what to do with people who majored in European history.”

Experts say astonishing quantitative skills alone aren't likely to catapult you to top income brackets later on in your career though. “If you want to get rich at a company, you don't go into the financial department,” Weiss says. “You go into the sales department.”

He says top salespeople's high degrees of assertiveness and persuasiveness, as well as their strong contribution to the company's bottom line, are traits that can launch them to higher salaries than earned by even the highest executives – like the CFO.

Lisa Earle McLeod, columnist and author of Forget Perfect , agrees that good communication skills are key to long-term career success. “Being the best scientist or engineer might make you the head of the department,” she says, “but you have to be a good communicator to be put in charge of large groups of people.”