The Branding of the American Mind: How colleges & universities turn student researchers into profit 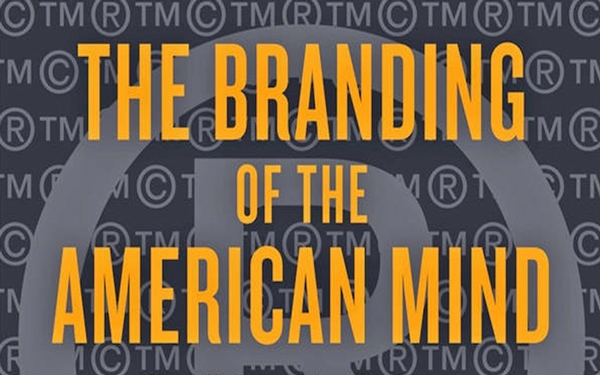 “The Branding of the American Mind: How Universities Capture, Manage, and Monetize Intellectual Property and Why It Matters” by Jacob H. Rooksby; Johns Hopkins University Press (392 pages, $29.95)

Mary’s Cakes and Pastries of Tuscaloosa did a decent business selling cookies decorated with the crimson letter A. When the nearby University of Alabama in 2012 sent Mary’s a cease-and-desist letter, the collegiate obsession with branding may have reached high tide.

Higher education’s hunger for patents, trademarks and copyrights has been building for decades, and it hasn’t ebbed, according to Jacob H. Rooksby’s new book “The Branding of the American Mind: How Universities Capture, Manage, and Monetize Intellectual Property and Why it Matters.” Rooksby, a Duquesne University law professor, unites stories of collegiate covetousness of everything from sports slogans to scientific research into a thoughtful book that asks: Should every ivory tower thought really have a registered owner?

Whether you teach at, attend or pay for college, it’s likely that you see higher ed as more than a tuition-for-diploma transaction. Universities have historically prided themselves on being incubators of scholars and knowledge, from which ideas flow freely into the world.

By the early 1980s, though, universities started to think about not only selling education, but also cashing in on their images, Rooksby recounts. Early adopters, including the University of Pittsburgh, sued clothing makers that used school names or mascots.

Those schools that failed to quickly mark their territories had to adjust on the fly. For instance, when a former Robert Morris student used a university entrepreneurship grant to register the rights to the mascot nickname “Bobby Mo,” the school had to start calling its colonial RoMo instead. It trademarked the new nickname.

Schools also rushed to seize internet domain names — and not just the likes of pitt.edu. Baylor University alone devoured hundreds of dotcoms, even battling a former student for the rights to BaylorBearsSuck.com, Rooksby writes.

“The Branding of the American Mind” is sometimes painfully diligent in explaining the laws of copyrights, patents and trademarks. It gets its power from cataloging university excesses, such as Chatham University’s trademark of the motto “Ready to Be Heard,” Carlow University’s claim to “Values, Scholarship, Vision,” and Penn State’s fight to strip the term “WhiteOut” from a Norwegian firm’s intellectual property portfolio.

Every dollar that universities spend accumulating such trophies, and defending them from others, is a dollar not spent on education. “As institutions needlessly accumulate private rights in the form of trademark registrations, the existence of those registrations, and how institutions choose to wield them, are an affront to the public’s interest in higher education,” Rooksby writes.

Researchers have long known that universities could claim stakes in their discoveries. Sometimes, that pays off, as it did last year when Carnegie Mellon University got a $750 million settlement in its infringement claim against electronic storage firm Marvell Technologies. Other times, it doesn’t. In 2014, Penn State tried to auction off 183 patents, but sold just four.

The trend becomes most insidious in the area of medical patents according to Rooksby. The University of Utah’s discovery of breast and ovarian cancer genes and Harvard’s development of a mouse designed for oncology research were each licensed to companies, which turned huge profits. But should research funded largely by taxpayers really result in DuPont selling Harvard’s rodents for $50 each?

The University of Missouri at Columbia, for instance, encouraged students to enter a business plan competition — then demanded a 25 percent stake and 60 percent of the profits from the winning concept. The school eventually backed down, Rooksby writes. “Consulting an intellectual property attorney should not be a burden that we expect students to shoulder before enrolling in a course, entering a university-sponsored competition, using campus resources, or accepting a paycheck for campus work,” he notes.

Rooksby makes a series of suggestions — some that universities could pursue individually or through their associations, and others that might best be spurred by legislation. At stake is the most important piece of intellectual property of all.

“Higher education’s historic brand was a marketplace of ideas, a place intentionally removed from the sphere of commerce, so that the search for ideas and the pursuit of truth could be unfettered, and knowledge could flourish,” Rooksby writes. He adds that “resisting the pursuit of brand is itself a brand, and the one that higher education should work to reclaim.”

Review
The lies and mistakes that led us into Iraq, laid out in a new book
1,188 views

Review
‘The King of Confidence,’ by Miles Harvey
871 views