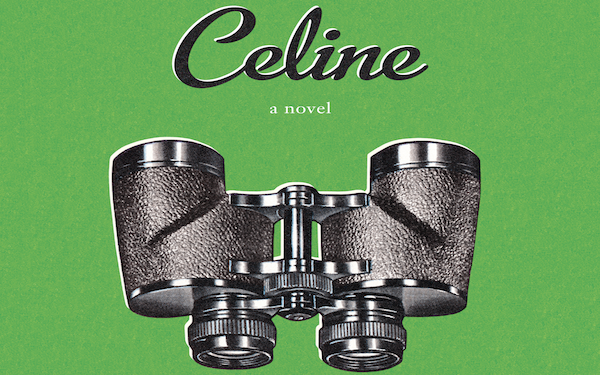 If anyone’s going to have a terrific new year, it’s Megyn Kelly. The Fox News anchor serves up her story in “Settle for More.”

Start your new year with Issa Rae. I finally watched her fantastic show, “Insecure,” and was thrilled to discover her funny collection of essays, “The Misadventures of Awkward Black Girl.”

“Truck Full of Money,” by Tracy Kidder, will give you faith in life. Read it and weep.

“Spaniel Rage,” by Vanessa Davis is the kind of story you read more than once, and buy for your friends. Like a cup of ovaltine, this book is strangely comforting.

“The Strays,” by Emily Bitto, shines a light on female friendships; “Idaho,” by Emily Ruskovich, questions the meaning of existence; and The History of Wolves, by Emily Fridlund, the sanctity of marriage.

Family secrets unravel in Ellen Hopkins’ “The You I’ve Never Known.” It’ll make your family seem like The Brady Bunch.

Ali Benjamin’s “The Things About Jellyfish” handles loss with such a refreshing lack of melodrama. This will likely be a movie shortly.

“On Turpentine Lane,” by Elinor Lipman, will charm the bejeezus out of you. Gentle, yet surprisingly insightful, Lipman’s touch is exceedingly light.

Maybe the next great teen phenom, “The Edge of Everything” grabs your throat in the first sentence. Jeff Giles writes like the wind.

“Mothering Sunday” brings to mind the passion and longing of a classic story of romance, like “Beauty and the Beast.” Graham Smith writes with a delicacy and power that will infect you like a love potion.

Falling in love with a new writer is almost as love as falling in love period. “Celine,” by Peter Heller, is compelling, literate and pure gold.

With rave reviews from The New York Times to Fresh Air, Mohsin Hamid’s “Exit West” has a lot to live up to. It does.

Amor Towles’ “A Gentleman in Moscow” is gentle, amusing and strangely compelling. Imagine being trapped in a room in a luxury hotel – your worst nightmare or your greatest fantasy?

If investigating murders isn’t enough excitement for you, imagine investigating your best friend’s. Missing, Presumed, by Susie Steiner brings it close to home.

Returning home after a long absence is never easy, but when your entire family has been murdered, as in “The Crooked House,” by Christobel Kent, the trip is excruciating.

Small towns often equal Big Secrets. “The Dry,” by Jane Harper, is no exception. This page-turner should come with a flashlight so you can read it under the covers.

With 19 Inspector Lynley books to her name, one might expect Elizabeth George’s energy to be waning. Just the opposite seems to be true, with “A Banquet of Consequences” standing next to the best of them.

“All is Not Forgotten” puts the psychology into psychological thriller. Smart, suspenseful and intense, Wendy Walker’s debut is a true original.

With “The River at Night,” Erica Ferencik crosses “Deliverance” with the girl power of “Gone Girl.” Gripping and exhilarating, take it on vacation.

The child protagonist of “Allegedly,” Mary B. Addison killed a baby. Or did she? Tiffany D. Jackson takes a horrifying premise and brings it to life, while taking the time to question people’s assumptions and prejudices.

“The Rules Do Not Apply,” by Ariel Levy, is funny, brash and cool. The New Yorker writer contributes to a canon filled with Fran Lebowitz, Nora Ephron, Dorothy Parker and Lena Dunham.

Eleonor Lipman’s urbane and sophisticated voice feels like the last of the mohicans. “I Can’t Complain” showcases essays from magazines that promise to make your life a little more amusing.

A good graphic memoir feels like a treat – a book wrapped up in pretty pictures. Follow author Thi Bui from childhood in Vietnam to life in the U.S. in “The Best We Could Do.”