Puffy AmiYumi to appear at the Belasco Theater on April 4 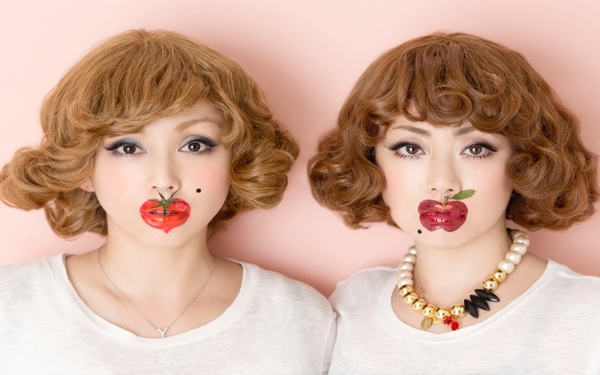 Puffy AmiYumi are one of the most famous music icons in Japan, where they are a household name synonymous with all things pop and fun. Featuring dual vocalists, Ami and Yumi, the group has reached enormous success with their pop/rock songs, but are also loved for their effortlessly cool and nonchalant fashion styles. Having debuted in 1996, the duo are still in high demand after 20 colorful years, glittered with dozens of commercial endorsements, sold-out tours, and a total of 20 million CDs sold to date. Their fame also extends to the US, where they made their stateside debut in 2000 with a showcase at SXSW. Since then, they've not only toured the nation, but have also been featured in the Macy's Thanksgiving Day Parade, and had Cartoon Network launch their namesake series, "Hi Hi Puffy AmiYumi" in 2004, which was aired in over 110 countries worldwide. They were also the only Japanese music act to have featured in GAP's worldwide fashion campaign in 2007, shot by Annie Leibovitz. They were invited to San Diego Comic-Con in 2014.

Still at the forefront of pop culture in Japan, Puffy AmiYumi are celebrating their 21th anniversary.  They will will be appearing at the Belasco Theater on Tuesday, April 4th at 7:00 PM.

Puffy AmiYumi are Ami Onuki and Yumi Yoshimura. The band's official website is at http://puffyamiyumi.com . If you would like to see Puffy AmiYumi live, purchase tickets to the April 4th show at the Belasco Theater.

Preview
The Japanese House at The Wiltern on October 12 at 8PM
1,681 views

Preview
Cashmere Cat at The Wiltern on May 12
4,196 views

Preview
Coachella preview: What will shake up things?
1,871 views

Preview
"Asia On Tour" comes to the Belasco Theatre on April 9
2,146 views