Ruffles have reemerged for an unapologetically feminine spring 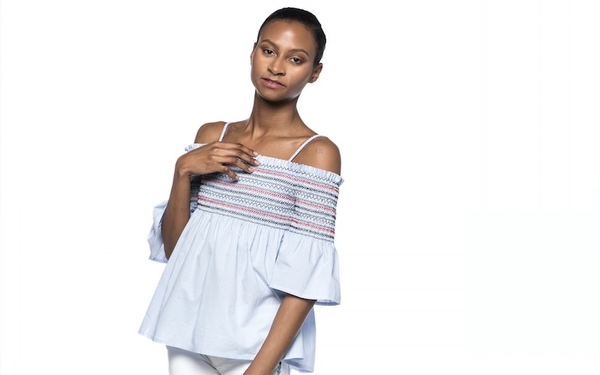 They’re baaaack. But you won’t find them in a lacy frenzy. Their flounce is simple this spring: We are talking one layer — two layers, tops.

WHERE DO THEY COME FROM?

Ruffles, or ruffs, first appeared along the neckline of men’s shirts during the Renaissance. With each passing century, however, menswear became plainer and womenswear more dramatic. By the 18th century, they were the extravagant favorites of the monarchy; Marie Antoinette loved ’em.

During the 19th century, ruffles started to disappear, thanks to the proliferation of menswear-inspired shirtwaists on ladies of means. However, shortly after World War I, they reemerged in layers on flappers’ dancing dresses.

Since then, ruffles have been a part of the standard fashion repertoire, although they were more prevalent during certain decades. (Think flamenco dancers in the 1930s, princess gowns of the 1950s, flower children of the 1970s, and girls-just-wanna-have-fun vibes of the ’80s.)

Fast-forward to the early 2000s, and ruffles made miniskirts interesting, and strapless evening dresses jazzed up, delighting girlie girls everywhere. Last spring, they were the sultry accent on ubiquitous off-the-shoulder tops. And during this unapologetically feminine spring, they are all over the place.

WHO IS WEARING THEM?

Brie Larson in a cobalt Oscar de la Renta gown on this year’s Academy Awards red carpet. Emma Roberts and Selena Gomez in ruffled summer frocks. Michelle Obama at the end of her bell-sleeved shirt. And, of course, those of us interested in adding a little sizzle to an otherwise boring silhouette.

SHOULD YOU WEAR THEM?

Carefully. They are extra-cute on blouses. Moderation is key, as very few of us have Prince’s panache.