From LA to Tehran, nose jobs are a rite of passage and a quiet rebellion for many Persian women 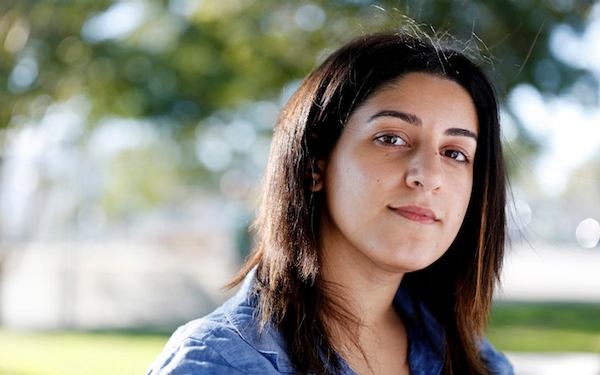 Growing up in Los Angeles, Jasmine Yahid thought a lot about her nose. Too big, with a bump that drew attention, she felt.

So Yahid decided to undergo what has become a rite of passage for many modern women of Iranian descent: She went under the knife.

Although an Angeleno, the 25-year-old retail employee was following a tradition that has gained momentum in the wake of the 1979 Islamic Revolution.

Yahid’s parents had immigrated from Iran, where the autocratic government sees anything that smacks of Western culture as an act of dissent. In a country where women must cover almost every part of their body except their face, many have chosen the quiet rebellion of altering their nose to reflect an “Anglo American” aesthetic.

“These women, a highly educated population, are handicapped at every turn within the laws,” said Nina Ansari an expert on women’s rights issues in Iran. “So they find ways of expressing themselves.”

The tradition migrated to the U.S. shores and now has become entrenched here — although not because of protest.

While thick eyebrows and large eyes have always fit Iranian ideals of beauty, the Persian nose, with its often steep bridge and wide shape, has long been a source of angst for many women.

“I wanted a nose that fit myself but was also prettier and cuter. I wanted to look Persian and Jewish still,” she said. “In the beginning, I was very unhappy, but over time, I looked at my profile and was very happy with how it turned out.”

Iran had one of the highest rates of rhinoplasty worldwide in 2013, just behind Brazil, Mexico and the United States, according to a survey by the International Society of Aesthetic Plastic Surgery.

Golbon Jamshidi, a 24-year-old graduate student in Tehran who underwent the procedure six years ago said: “Women do nose job in Iran because it is the only part of their body that they can show in society. We have to wear a scarf to cover our hair, and so we get a nose job to make ourselves more beautiful. It starts from high school.”

For Americans, such as Yahid, the pressure to change their nose remained intense.

“I had friends and family tell me, ‘Why don’t you get it done? Your nose is so big, and it doesn’t look good,’” she said.

The pressure can start at a very early age.

Laila Cohen, 21, of the San Fernando Valley, got her first nose job when she was 15 — a junior in high school. She underwent the procedure for a second time last year.

“It felt unreal. When they woke me up, I was in disbelief and denial,” Cohen said. “It was too good to be true.”

Cohen, a political science student at UCLA, said her mother also underwent rhinoplasty when she was very young.

Nose jobs have become ingrained in Persian culture. Iranian American comedians, such as Max Amini, joke that young women use breathing problems as an excuse to change how their nose looks and that Persian women at parties look the same after visiting the same plastic surgeon.

Persis Karim was 18 when her father surprised her with a gift: money he had secretly saved for her to get a nose job.

Her three sisters had all undergone surgery.

“Are you telling me I have a big nose?” she remembered asking her father.

“No, it’s just what everyone does, and I’m trying to be fair,” he responded.

Karim said she’s proud that she resisted the pressure to go under the knife.

But Yahid felt something different once she did: relief.

“People treat you different to a certain extent. You feel more approachable if you look better, and I dated more guys. It was nice that people forgot what I looked like before,” she said.

Friends typically get their surgeries months apart from each other in their early 20s. They scour online reviews of plastic surgeons and refer each other to doctors they think will be able to achieve their desired nose.

The process isn’t cheap. Some plastic surgeons in Beverly Hills charge upward of $20,000.

In the past, it was common for young Americans to travel to Iran to get nose jobs during summer vacations to avoid the watchful eyes of their peers. The considerably cheaper prices were an added incentive: In Iran, the procedure costs about $7,000.

A growing number of young women of Iranian descent reared in America now eschew the pinched tip and deep slope favored by Iranian women for a more subtle change that preserves their Iranian look.

“A lot of Persian women get more attention because of their ‘ethnic’ look,” said Beverly Hills plastic surgeon Payman Simoni.

In the months prior to her operation, Yahid spent up to 10 hours a week researching different noses and how to prepare for surgery.

But she had a difficult time finding what nose she wanted. “I wanted to still look Persian and feel like myself,” she said.

The day of her surgery, Yahid threw on her most comfortable clothes and hopped in the backseat of her parent’s car.

It was early morning, but she was full of energy, she recalled. She had waited years and saved thousands of dollars for this day.

It’s been more than a year since Yahid had rhinoplasty. Although she’s happy with the result, she feels she could have done a better job researching the “perfect” nose.

Still, she conceded: “It would make my life easier if I could just be the ideal thing, and not feel like I have to conform.”