By Patrick May - The Mercury News (TNS) 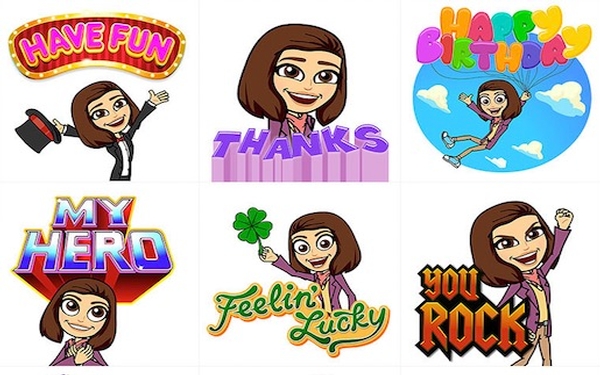 1. Use Bitmoji, an iPhone and Android keyboard tool, to create your own personal emoji.

3. Then wow your friends at every turn with your adorable digital stand-in.

So here are a few things you should know about Bitmjoi, which analytics firm comScore ranked No. 1 on the growth-spurt list, at least since February 2015:

— It was scooped up by Snapchat last spring when the recent IPO darling bought Bitmoji’s parent Canadian company, Bitstrips.

— One of the co-founders, Jacob Blackstock, goes by the nickname “Ba.”

— Bitmojis have caught on with not just 12-year-olds and fast-texting Millennials, but with entire families as a fun way to keep in touch.

— ComScore found that among unique visitors over 18, Bitmoji’s growth had skyrocketed in the past two years, up a jaw-dropping 5,210 percent since 2015.

— The emoji-making app is consistently among the top 10 free apps in both the Apple App Store and the Google Play Store, and it dropped only to No. 2 from No. 1 in Apple’s top free-apps chart.

— Bitstrips started off as a way to make personalized comics back in the digital prehistoric ages known as 2007, but soon morphed into a tool to make cartoon avatars.

— Snapchat, which officially integrated Bitmoji into its own app in July, started trading on the New York Stock Exchange earlier this month, with a blowout debut that saw it close up 44 percent the first day.

— Last month, Bitmoji expanded beyond mobile, adding a Chrome extension that lets users send dispatch their avatars in emails, paste them in Google Docs, and more.

— Blackstock started animating at age 6 and before launching Bitstrips he was the founder of Core Matrix, an independent experimental media studio, and Dream Machine, an animation school for kids.

— The service was first unveiled at South by Southwest in 2008.

— Bitstrips co-founder and high school pal of Blackstock, journalist Jesse Brown, once predicted that the service would be the “groundwork for a whole new way to communicate.”

— Fortune estimated Snapchat paid “in the ballpark” of $100 million for Bitstrips.