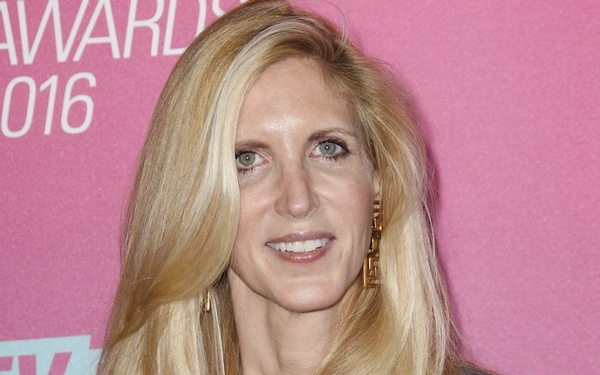 A University of California, Berkeley student group on Monday filed a lawsuit demanding that the university allow conservative pundit Ann Coulter to speak on campus Thursday as originally planned.

Citing unspecified threats, administrators had rescheduled Coulter’s appearance for May 2, when they said they could provide adequate security.

But in its free-speech lawsuit, the Berkeley College Republicans — which planned to host Coulter — called that date a “sham” intended to ensure her address was poorly attended.

That day falls during “dead week,” when students are studying for final exams and the campus traditionally is deserted. The university also had said Coulter would have to speak at midday, in a science hall located away from the central campus, rather than during the evening.

The suit was filed in U.S. District Court in San Francisco by Harmeet Dhillon, a lawyer and member of the state Republican National Committee. It seeks an injunction against what it called Berkeley’s “selective” enforcement of its own policies on high-profile speakers.

A February event hosted by the Berkeley College Republicans featuring right-wing provocateur Milo Yiannopoulos was closed down before it even began due to violent street protests. That and two subsequent political demonstrations at Berkeley have resulted in multiple injuries and arrests.

In early March, the mayor’s office and Berkeley Police Department reached an agreement with the university that events involving high-profile speakers would only take place during the daytime, court documents show.

The primary financial sponsor for Coulter’s Berkeley appearance — the Young America’s Foundation, a national conservative nonprofit — is a party to the lawsuit. Coulter’s fee is listed on the organization’s website as in excess of $20,000.

According to the lawsuit, Berkeley has “permitted the demands of a faceless, rabid, off-campus mob to dictate what speech is permitted at the center of campus during prime time, and which speech may be marginalized, burdened and regulated out of its very existence by this unlawful heckler’s veto.”

Emails included with the legal filing show that Berkeley administrators objected more to the time of day of Coulter’s address than the original Thursday date.

In one communication with student organizers, an official said campus police had cited “safety and security issues” not just for those attending her speech but also the surrounding community. It recommended that the event conclude by 3 p.m., a deadline students said was too early.

In the same email, the administrator suggested organizers either push back Coulter’s appearance to the following week, or reschedule it for next fall to provide “an environment that is secure and prepared for productive dialogue across differences of viewpoint.”