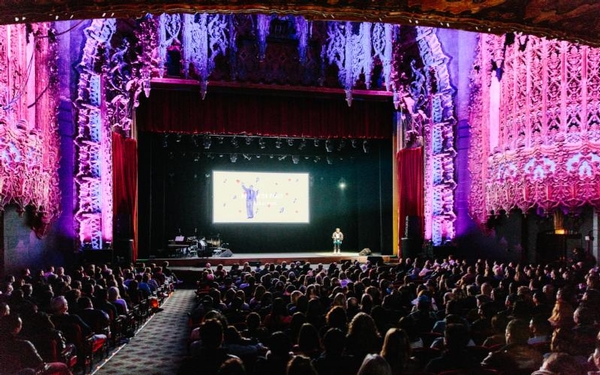 Following a string of sold-out shows across the country earlier this year, Pop-Up Magazine, the critically-acclaimed evening of live journalism, returns to Los Angeles with an all-new show, at The Theatre at Ace Hotel, on June 13, at 8:00 PM. With performances by award-winning writers, documentary filmmakers, radio producers and artists, Pop-Up Magazine features true, multimedia stories created especially for the stage and a live audience. "Imagine your favorite magazine came to life," lauds the Boston Globe. Tickets are on sale now at popupmagazine.com.

Each contributor performs a vivid, multimedia story accompanied by illustrations, animations, photography, sound, film, and an original score, performed onstage by musical collaborators Magik*Magik Orchestra. Stories address a wide range of topics from politics, food, art, sports, design, business, science, and more. The night ends gathered around the bar, with the performers and audience mingling together. Performances are one night only and nothing goes online after - you have to be there to experience it. "If you blink, you'll miss it," says WBUR Boston.

Tickets for the Pop-Up Magazine Spring Issue are on sale now at popupmagazine.com.