Jeff Garlin criticizes Second City for being too PC 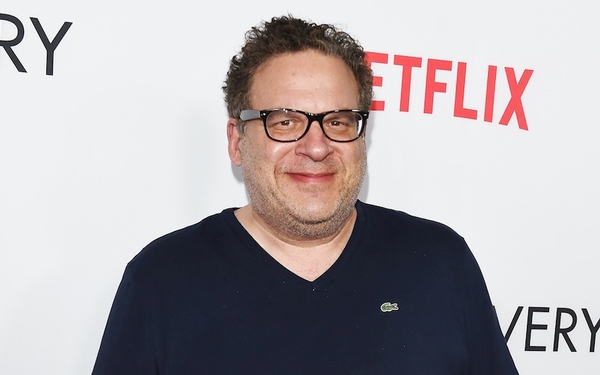 Jeff Garlin and Stephen Colbert gleefully reminisced about their time at Second City last week on “The Late Show.”

“We were the backbone of that organization because we worked in the box office,” Colbert said. “We sold the tickets. We answered the phones.”

Garlin trained and performed at Second City for years, but told the Tribune he had no interest in visiting the theater when he was in town last month promoting his new Netflix movie mystery “Handsome.” He expressed disappointment in management’s recent handling of a noted rise in slurs shouted by the audience. Signage was posted late last year warning audience members that “Second City has a zero tolerance policy and does not allow hate speech of any kind.”

“I feel like Second City’s changed for the worse. Political correctness. I got no time for any of that. There has to be a level of irreverence. The way the relationship between, to me, a comedic artist, whether an improviser or a stand-up is, you play to the top of your intelligence, and you do the best you can and you weather whatever storm the audience gives you, whether it’s heckling, whatever it is. And you don’t ask backstage how you want to be referred to, Mr. or Mrs. or Z, or you know what I mean. Like, all this stuff is nonsense. It’s about you show the audience respect, they should show you respect. That’s it. And the word ‘should’ appears there. I’m saying the word ‘should.’ It doesn’t always work out that way, but to get excited, it just, it embarrassed me. And then people that I know left, and it all rubbed me the wrong way,” Garlin told the Tribune last month at the Public Chicago hotel in the Gold Coast neighborhood.

“Yeah, so I’m kind of disappointed. I only wish Second City well, but they’ve got to get some backbone.”

Garlin also criticized Second City’s “insane” audition process and said “it’s been a long time since anybody of greatness has shown up on ‘Saturday Night Live.’” Second City CEO Andrew Alexander, whom Garlin said he considers a friend, said he was a “little disappointed” in Garlin’s comments.

“To my knowledge, I don’t think he’s seen shows recently. To me, it’s all about the work, quality of the work. The hate speech issues that he’s referring to were in response to a specific time and place, what was going on in the country at that time and we were having some challenges, but it’s all calmed down now,” Alexander said. “I’m a little disappointed that he would say something like that, and I don’t think he’s seen the shows, so to me, the work speaks for itself.”

Garlin, who grew up in Morton Grove, Ill., also hinted at a personal shift from performing stand-up at comedy clubs, which he’s been doing for more than three decades. He said he’s hoping to do his next show at Steppenwolf Theatre and then move on to Broadway to “do something that’s authentic.”

“I don’t get any joy from playing comedy clubs. And to me, a life and a career should be about doing authentic work, but doing it with joy,” Garlin said. “And so, I guess also because on another level, I’m not that into having my ego stroked, so if I go on stage at Zanies or I go on stage at Second City, and the crowd’s really happy to see me, that’s nice, but I don’t do it for that, I do it for the work. And it’s not the work I’m doing right now.”

For “Handsome,” available on Netflix, he directed, co-wrote the screenplay with Andrea Seigel and stars as bumbling detective Gene Handsome. Amy Sedaris, Natasha Lyonne and Steven Weber also star in the movie, which Garlin describes as “kind of like ‘Columbo’ if Robert Altman directed it and it was starring Charlie Brown.”

The ninth season of “Curb Your Enthusiasm,” in which Garlin plays Larry David’s close friend Jeff Greene, is also set to return after a six-year hiatus. Garlin said the upcoming season is his favorite and he’s hopeful for more seasons.

He’s also working on another movie for Netflix — a soulful comedy about a couple shown in different periods of their lives — which he’s planning to partially shoot in the Humboldt Park area and a local cemetery this summer.

“I’m not shooting in normal places,” Garlin said. “I want it to look different, but yet have a feel of Chicago. Authenticity is something that I aspire to as a person, as an artist, authenticity is so important and so lacking in our world today.”