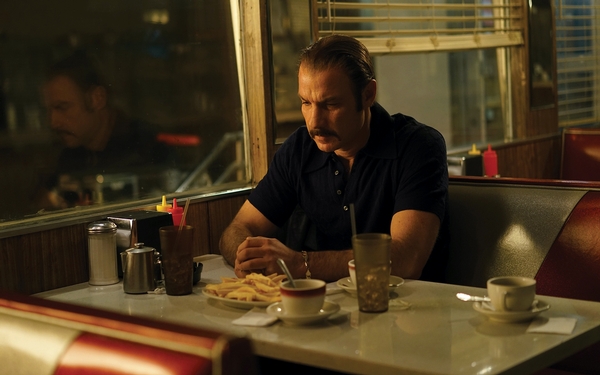 Philadelphia is where Sylvester Stallone made Rocky, the movie inspired by Wepner’s 15-round, go-the-distance fight with Muhammad Ali in 1975, but it’s also the site of a less-heralded episode featuring Wepner and the “Rocky” franchise.

After the film was released, won the Oscar in 1977, and became a cultural phenomenon, Wepner and Stallone became pals – in fact, Stallone offered him a part in “Rocky II” as a sparring partner. It could have been a big break for Wepner, but he was in the midst of a drug and booze binge and drove all night from North Jersey for his audition with Stallone at a Center City hotel.

“That’s exactly the way it was,” said Wepner. “I should have taken more time, should have studied the script. Stallone did everything he was supposed do, and if I would have done better, maybe I would have gotten the part.”

He wasn’t ready, and he blew it – a sequence of events depicted with unblinking honesty in the new movie “Chuck,” based on Wepner’s colorful and ultimately inspiring life story.

“Chuck” ends on an upbeat note. The tenacity that helped Wepner succeed in the ring allows him to outlast the mistakes of his life. Still, the movie does not skip unflattering details.

“I like the movie a lot. You know, it tells the truth. I was living through a tough stretch at that point. I did a lot of partying. It was a wild time in my life. But I’ve been straight and clean for 30 years now. I can tell you, it’s a better way to live,” said Wepner, 78.

“Chuck” touches upon the relationship between Stallone and Wepner, who later sued Stallone over parallels between his life and that of the fictional Rocky Balboa. But that was lawyer stuff – they are still friendly, and Stallone reviewed and approved the script for “Chuck.”

“He was very cool with it,” Wepner said, “saw the script, and his feeling is that we portrayed him true to life.”

Wepner was even closer with Ali, and was among those who attended the champion’s funeral in June in Kentucky. He got to know Ali well in the days leading up to their Cleveland title bout, during which Wepner earned the champion’s respect.

“Like he said after the fight, ‘I wouldn’t want to fight that Chuck Wepner in an alley.’ I mean, what I tried to do was rough him up. I couldn’t outbox him, he was so great. I remember that as a great time. He was a great man, and I feel very sad about his passing.”

The two made several appearances together over the years, and even cooperated on a four-day tour, staging a comic version of their fight.

Wepner said that “Chuck” has captured his essence as a fighter and that star Liev Schreiber was perfect in the role.

“This has been 10 years in the making,” he said. “There were many versions of the script that I didn’t like, and many actors that I didn’t like. But this guy is perfect. He sort of looks like me. I mean, I didn’t have the Ken Norton kind of body. I was a tough guy who could take a punch and wear guys down.”

In the years leading up to the Ali fight, he had beaten several highly ranked opponents, including former champ Ernie Terrell in 1973 at Boardwalk Hall in Atlantic City, as 15,000 looked on.

Perhaps his most infamous fight was a brutal 1970 match with Sonny Liston, who opened up a 70-stitch gash on Wepner’s face and closed both of his eyes.

“The ref said, ‘How many fingers am I holding up?’ I said, ‘How many guesses do I get?’ “ Wepner answered correctly, but in the ensuing onslaught, a Liston punch sent Wepner’s blood all over the tan leisure suit of a Bayonne sportswriter covering the event.

“He said they ought to call this guy the Bayonne Bleeder,” Wepner said.

That became his nickname, and he hated it.

“Then somebody offered some money to make a movie called ‘The Bayonne Bleeder,’” he said, “and I decided I liked it.”

He likes the current title better.

“That’s one reason I like it. Because it’s the true story of what Chuck Wepner was really all about.” It’s not the Rocky story, he said. It’s not just about one fight.

“I’ve had some tough times in my life. I was a little out of control, but I pulled myself up by the bootstraps, met my wife, Linda (in the film, Naomi Watts), and the rest is history. We’ve been together 24 years, and it’s great. It’s a cliché — you get knocked down, you have to get up. But it’s true.”