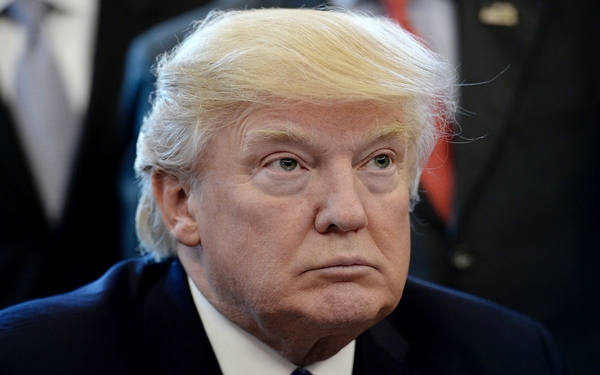 “This trip will convey that America is back,” Secretary of State Rex Tillerson said in a news conference at the State Department.

Trump departs Friday on an eight-day trip to the Middle East and Europe that the White House hopes will give his administration a chance to reboot after a crippling cascade of problems that began with his abrupt firing of FBI Director James B. Comey.

Trump will visit Saudi Arabia, Israel and Vatican City before he attends NATO and G-7 summits in Brussels and Sicily, respectively.

Tillerson said governments that had felt “neglect and outright dismissal” under President Barack Obama were eager for “the re-engagement of America.”

Obama had notably frosty relations with leaders in Saudi Arabia and Israeli Prime Minister Benjamin Netanyahu. But he was greatly admired in most of Europe, polls showed, and worked closely with Pope Francis to restore diplomatic relations with Cuba.

As part of his “America First” policy, Trump said during last year’s campaign that he was only interested in engaging internationally when the United States stood to gain.

But since taking office he has backed off some of his more provocative foreign policy promises, including withdrawing from the Iran nuclear deal, ditching the NAFTA trade agreement and declaring China a currency manipulator.

He also authorized an airstrike on a Syrian military airfield in response to what the White House said was a nerve gas attack on civilians.

Tillerson said other governments were especially looking for greater U.S. leadership in the war on terrorism. He said the Trump administration will retake “our role as convener and facilitator.”

He said Trump’s message will be that the battle is not one of religion or culture but “good versus evil.”

“We are all in this together,” he said.

Asked about the multiple investigations of the Trump election campaign and his associates’ possible ties to Russia, Tillerson said most countries “don’t have time to pay attention to what’s happening here.”

“I feel no effect … when the president is taken to task by the press,” Kelly said.

Tillerson and Kelly spoke to reporters after a meeting with their Mexican counterparts, Foreign Secretary Luis Videgaray and Interior Minister Miguel Angel Osorio Chong, to discuss cross-border security and drug-trafficking.