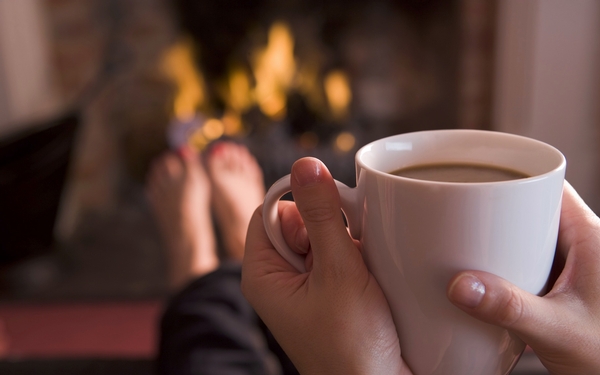 A self-imposed fashion challenge led Courtney Carver to become something of a minimalist guru. In 2010, the simplicity blogger behind Be More With Less downsized her overflowing wardrobe to a mere 33 pieces.

“I saved money, experienced less decision fatigue and stopped worrying about what other people might think,” she said.

Since then, millions around the world have taken her minimalist fashion challenge, known as Project 333, to dress with no more than 33 items for three months.

Minimalism might seem out of reach and intimidating, Carver said, “but it looks different to everyone.”

We asked experts how to take small steps toward a more Zenlike existence.

Start small to avoid getting overwhelmed.

Grab a bin, and pack up everything you don’t really use, suggests Joshua Becker, founder and editor of Becoming Minimalist. If tackling an entire room feels daunting, start with a drawer or cabinet. Carver said look for duplicates. Does your family of three need 10 coffee cups?

After the initial sweep, give yourself time to adjust before moving onto the next level.

For Carver, that meant donating all the extras such as towels, books and even rarely used appliances like a rice cooker. Bookshelves, dressers and chairs were the last to go.

Reducing furniture and artwork to a handful of essentials might seem too austere for most people.

A more doable approach is to hold onto those pieces that showcase your passions, recommends Lucy Harris, a New York City-based interior designer whose work is inspired by modernism and minimalism. Are you a film connoisseur? Look on Etsy and eBay for a minimalist designed 1970s vintage poster from a film.

One way to keep junk from creeping back is to turn down freebies, advises Bea Johnson, founder of the Zero Waste lifestyle movement.

Johnson, whose family manages to produce just one pint jar’s worth of trash per year, swears by recycling and swapping disposables for reusables — handkerchiefs, refillable bottles, cloth napkins, etc.

The principles of minimalism apply to your kitchen and diet too.

Minimalism and children aren’t mutually exclusive. When packaged right and age-adapted, the concept of owning less will appeal even to those “collector” children, as Becker likes to call his 10-year-old daughter. “She’s probably the least minimalist of all of us.”

One strategy Becker found helpful is setting physical boundaries. Toys should fit into her closet. All artwork goes into a single bin.

For his son, who was introduced to this lifestyle at 6, those parameters had to be slightly tweaked: “Picking a closet would have been too drastic, so we said the toys should fit along a wall.”

It’s possible to cut expenses without watching every penny or feeling deprived.

Stefanie O’Connell, a millennial money expert and author of “The Broke and Beautiful Life,” suggests avoiding shopping triggers such as aimlessly wandering around the mall.

To ward off an impulsive purchase, she said, “imagine the item buried in the clearance bin at a thrift store.”

Expense-tracking apps, such as Level Money, can help you stick to your financial goals. So do visual reminders. Saving up for a down payment for your dream house? Set its picture as your desktop background, O’Connell advises.

Speaking of houses, downsizing to a smaller place can enable you to spend more on things you always dreamed of. After taking this leap, Carver was able to fund her daughter’s college education. And Becker used the cash surplus to start The Hope Effect, a nonprofit that builds houses for orphans around the world.

Splurges, as long as they’re small, have their place. For example, going on a weekend getaway instead of your usual weeklong vacation at a beach resort will still feel like recreation without breaking the bank.

Pack light to stretch your vacation budget. You can save up to $50 per round-trip flight by carrying on your luggage instead of checking it, said Fred Perrotta, co-founder and CEO of Tortuga Backpacks. His tips include wearing the bulkier clothes and packing the lighter ones, as well as simplifying your color palette so you can mix and match easily.

Parting ways with toxic people is just as important as getting rid of excessive possessions.

With difficult family members, most breakups can be avoided by having an honest discussion, said Vienna Pharaon, marriage and family therapist in New York City. To a hypercritical mother, for instance, Pharaon suggests saying something like, “I love you so much, but when we’re around each other I often feel criticized. Can you please pay closer attention to your language?”

Whether you decide to cleanse your life of things or people, don’t expect overnight miracles. “If you’ve been accumulating things for decades, how can you expect to let go in two days? It took me years,” Carver said.

Lifestyle
If you fantasize about becoming a morning person, here are 5 great ways to wake up your routine
460 views

Lifestyle
‘I haven’t had a job since March 13’: How costume designers are coping with COVID-19
787 views

Lifestyle
Online education was a mess in the spring. As COVID-19 prompts schools to stay virtual, will it get
517 views