Here’s how major Hollywood studios stack up on LGBTQ representation 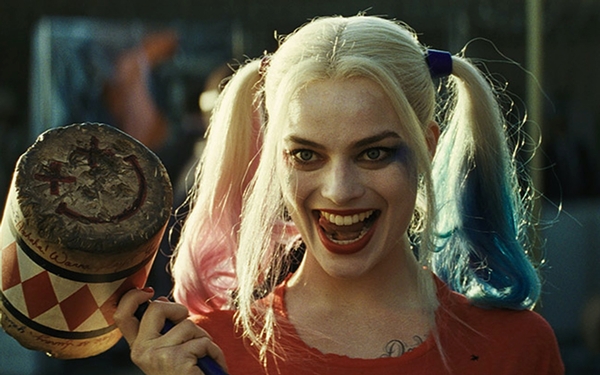 Hollywood keeps getting it wrong when it comes to diverse and accurate portrayals of LGBTQ communities in film. A study released Thursday by LGBTQ media advocacy organization GLAAD finds that lesbian, gay, bisexual, transgender and queer people are “nearly invisible or outdated punchlines in big Hollywood movies.”

Of the 125 releases from major studios in 2016, only 23 of them, or 18.4 percent, included characters identified as LGBTQ. Of those characters, gay men are (still) by far the most represented group, at 83 percent. Bisexual representation appeared in 13 percent of the inclusive films, while lesbian representation rose from 23 percent in 2015 to 35 percent last year. Transgender representation was the lowest, with only one character counted, the same as the 2015 report.

Such numbers are in stark contrast to what appears to be a more inclusive space on television.

“With many of the most popular TV shows proudly including LGBTQ characters and stories, the time has come for the film industry to step up and show the full diversity of the world that movie audiences are living in today instead and end the outdated humor seen in films like ‘Baywatch,’” said Sarah Kate Ellis, GLAAD’s president.

“Films like ‘Moonlight’ prove there is a huge opportunity to not only tell LGBTQ stories worthy of Oscar gold, but to open the hearts and minds of audiences here and around the world in places where these stories can be a lifeline to the people who need it most.”

In the study, GLAAD rated each major film studio on its LGBTQ inclusiveness and whether the inclusive films pass the Vito Russo Test, which, as the Bechdel Test does for female characters, examines how LGBTQ characters are portrayed and situated within a narrative.

—The film must contain a character that is identifiably lesbian, gay, bisexual, transgender or queer.

—That character must not be solely or predominantly defined by their sexual orientation or gender identity.

—The LGBTQ character must be tied into the plot in such a way that their removal would have significant effect, meaning they are not there simply to provide commentary, paint urban community or set up a punchline. The character must matter.

GLAAD has a five-tier system: excellent, good, insufficient, poor or failing. No studio has ever earned an “excellent” rating in the five years that GLAAD has conducted the study. Here’s how each studio stacked up this year. (Spoiler alert: Horribly!)

Of the 16 films released by the studio in 2016, only three (19 percent) included an LGBTQ character. Two of these films passed the Vito Russo Test. Since the beginning of the study, the studio has never done better than two out of five stars.

Fox Searchlight, a subsidiary of 20th Century Fox, specializes in independent and foreign films. It released five films in 2016, two of which included appearances by LGBTQ people.

Lionsgate released 24 films in 2016, but only three of them included LGBTQ characters. That is about 12.5 percent. One of the three films passed the Vito Russo Test. The studio received a two-star rating from 2013 to 2015. This year it is labeled as “failing,” with one star.

Roadside Attractions, which is owned in part by Lionsgate, focuses on indie films. It released 10 films in 2016, but only one was LGBTQ inclusive. That film is “Hello, My Name Is Doris,” starring Sally Field, and is noted by GLAAD as one that studios should follow for its casual inclusion of LGBTQ characters.

Paramount, whose inclusiveness has fluctuated over the years, released 15 movies in 2016, five (or 33 percent) of which included LGBTQ folk. Three of the films passed the Vito Russo Test. The studio has bounced between two and one stars since 2012. It currently scores a “poor” rating, with two stars.

Responsible for the year’s only trans or nonbinary character in film, “Zoolander 2” (a box office bomb) was cited in the study as “one case in which we wish the character had been cut altogether” as they “existed purely to give the audience something to laugh at, and the story added nothing to the film’s plot as a whole.”

In 2013, Sony fared as one of the best studios for LGBTQ representation, nabbing three stars and a “good” rating. Just three years later, however, the studio has one star and a “failing” rating for 2016 after releasing two (of 21) films with LGBTQ characters. Only one of the two films passed the Vito Russo Test.

GLAAD did not count “Ghostbusters’” eccentric engineer played by actress and comedian Kate McKinnon, who is lesbian. While many believed the character to be lesbian, bisexual or queer, writer-director Paul Feig dodged questions about the character’s sexuality in press interviews leading up to the film’s premiere.

Sony’s independent arm, Sony Pictures Classics, released 16 films in 2016, three of which were LGBTQ inclusive. They were “Equity,” “The Meddler” and “The Comedian.”

Faring best among the studios was Universal, with three stars and an “insufficient” rating. The studio released 17 films in 2016 and five had LGBTQ characters. Two of the pictures passed the Vito Russo Test.

Disney has the weakest historical record when it comes to LGBTQ-inclusive films of all the major studios tracked by GLAAD. Though its first definitively gay (but not really) character came this year in the reboot of “Beauty and the Beast” — Josh Gad played LeFou, the character in question — the studio’s 2016 rating rests at one star and “failing.”

Of the 13 films it released last year, only one included appearances by LGBTQ people. That film, “Zootopia,” did not pass the Vito Russo Test.

In 2016, Warner Bros. released 19 films, four of which were LGBTQ inclusive. That 21 percent gave the studio a two-star, “poor” rating from GLAAD, an improvement on its “failing” score last year. None of the films passed the Vito Russo Test.

A standout from WB’s films was “Storks,” the animated comedy about the delivery of babies to new families. It included gay and lesbian couples in its finale montage. GLAAD did, however, note that the erasure of Harley Quinn’s bisexuality in “Suicide Squad,” which is part of the source comic material, was a letdown and “missed opportunity.”