With writer and historian Alex von Tunzelmann, we turn to Churchill 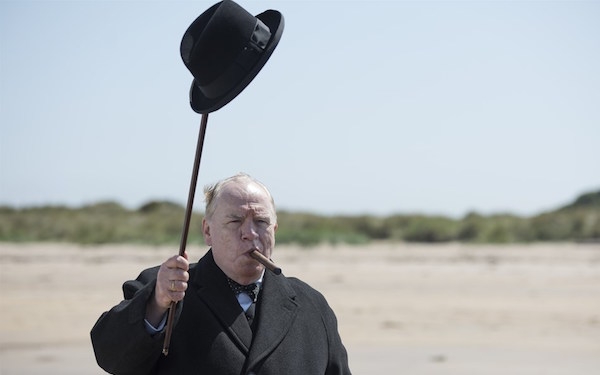 It’s been over 70 years since World War II was declared, and yet still, it seems nearly impossible for us to not look back for lessons and answers to the questions that worry us today. It’s as if the leadership of then can aid us more in our troubles than the leaders of now, and, however foolish or naïve as that may be, it gives us steam in our otherwise emptying engines of hope. Perhaps most notable are the words of Winston Churchill, Britain’s Prime Minister of the time, that echo loudest when doubts begin to trickle in. What many don’t know, however, and which director Jonathan Teplitzky’s (The Railway Man) latest film Churchill reveals, is that those same doubts almost got the best of one of the greatest Briton’s in history.

From a historian’s point of view, this little known fragment of his persona is rather overlooked stuff. For a person who has swaths of literature surrounding his victories, losses, and everything in between, peeking in the old musty closets to find the quieter, darker sides of the man with the top hat turned out to be majorly rewarding. That’s what first-time feature-writer and historian Alex von Tunzelmann told us about diving into the world of Winston Churchill, played by a staggeringly on-point Brian Cox (The Bourne Trilogy).

In focusing on a very particular timeframe of his life—the days leading up to the notorious battle of D-Day—Tunzelmann found an entirely new character in front of her to explore; someone much like any one of us who is riddled with doubts, and, in Churchill’s case, terrified about becoming expendable in the politics of war.

Tunzelmann explains, “At the very beginning you have to really figure out what calls out to you, what the essence and the truth of the story is. For me, that was the idea of, as the war is being won, how does this take a terrible toll on Churchill? Is he going to lose? That all struck me as a very poignant idea, and something that I can certainly support from the historical records, but I think something that was also very relatable. Even though we haven’t had to fight a world war, many of us have struggled with depression or have had friends or family battle depression, or even just with the difficulties of ageing and feeling like you’re being put out to pasture when you don’t really feel ready for that. Those are very human things to experience, and it’s sometimes good to remind ourselves that even great people of victory went through kind of the same stuff as you and me.”

It’s in this breath where we find ourselves peers of Churchill’s, someone who has remained throughout history larger than life with all of his grand speeches and gruff character. Suddenly, we start to consider how trivial a place of power becomes when mental illness comes into play. Tunzelmann saw that as a particular intriguing challenge, one that she found it necessary to remain impartial, yet sympathetic.

“I think you have to be careful, because you can’t diagnose historical figures. First of all, I’m not a psychiatrist, second of all, I haven’t met Churchill in person and you can’t diagnose people if you haven’t done those things,” Tunzelmann says. “But if you read his writing about his depression, which he called his ‘Black Dog,’ it’s incredibly moving, and he wrote about it very profoundly and in a way that you really do relate to and find amazing. You’ve got to remember that this is the 1940s and people didn’t really have a language to talk about mental illness then as we do now.”

Of course, the people on the ground subconsciously know that what leaders must go through in juggling war and peace is by no means an easy task, and yet we hold them to the highest standards with little room for fault. Churchill was by no means a stranger to fault, and it is this precise notion that haunts him endlessly, and actually what brought Tunzelmann and director Teplitzky together on the project: the Battle of Gallipoli.

With Teplitzky, a native Australia and Tunzelmann, a half-New Zealander, the Gallipoli Campaign in World War, which Churchill also took leadership in, was an important part in both of their nations’ histories. It also happened to be one of the darkest marks on Churchill’s record. And so, in looking for a new perspective on a man they thought of perhaps with a little more distrust, they discovered the humanity behind such a mistake, making the image of Churchill even more appealing in days like these when global political leadership appears shaky at best. Even through the discovery of his weaknesses, we find our new strength. Why?

“For those of us who have been lucky enough to be born in the West and grow up here, certainly for my generation below it and even a bit above it, we’ve never actually never lived through a war on our own territory… We’ve been so lucky to have such a sense of security, which for most of world history people just haven’t had. Now I think we’re faced much more with that kind of climate internationally, where this is happening all over the world. So, you’re quite right; it’s something people are relating to. You think, well okay, how did they cope with this in the past? People had to deal with it all the time. Maybe we’re just looking for answers,” Tunzelmann suggests.

Even if we don’t get the answers we’re looking for, the legacy of Churchill lies in his words that seem to only gain more power and validity as the years go on. It is in the nearly hopeless moments where he found his voice, telling his countrymen to look up and forward, and through Tunzelmann and Teplitzky’s retelling in Churchill of the man’s most insecure moments where we hear his words boom louder than ever.