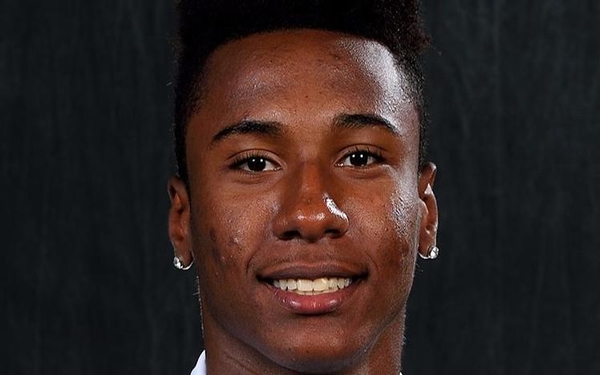 A source told the Orlando Sentinel De La Haye was never given an ultimatum, but NCAA rules suggest De La Haye may have to choose between his generating revenue off his videos and playing college football.

De La Haye, a marketing major from Costa Rica, started creating videos for fun back in 2015 shortly after joining the team as a kickoff specialist and he currently has more than 52,000 subscribers.

His high subscription rate yielded him a small profit through advertisements. But on Friday, a UCF compliance officer told De La Haye his amateur status could be in jeopardy because he makes money from the videos.

A source told the Sentinel, De La Haye was not told he had to immediately stop creating videos and he will continue to meet with compliance office staff to address the YouTube video issue.

UCF has favored a strict interpretation of NCAA rules following 2012 when the school received multiple sanctions tied to football and basketball major recruiting infractions. The school was just recently taken off of probation.

Regardless of the Knights’ approach, De La Haye may have difficulty continuing to receive ad revenue from the YouTube videos due to NCAA bylaw 12.4.4 that addresses athlete self-employment.

The rule says an athlete “may establish his or her own business, provided the student-athlete’s name, photograph, appearance or athletics reputation are not used to promote the business.”

Most of De La Haye’s 41 videos document his daily life as a college student and athlete at UCF. His most recent video has more than 82,000 views.

De La Haye could continue the video series, but he likely could not accept the advertising revenue from YouTube if he intends to keep playing college football. De La Haye said in his latest video about the dilemma that he hoped to send some of the YouTube revenue home to his family that is going through tough economic times.

“I’m working hard basically like a job filming, editing, creating ideas, doing things of that sort, and I’m not allowed to make any money. If I do, then bad things happen,” De La Haye said while describing his meeting with a UCF compliance officer. “ … I feel like they’re making me pick between my passion in what I love to do, make videos and entertain, be creative and my other passion, which is playing football. I really have some decisions to make and not a lot of time to make those decisions. We’ll see what happens.”

The debate about college athletes’ rights to own and profit off of their brand and likeness versus the NCAA’s right to profit has been the subject of antitrust debates for years. Former UCLA basketball star Ed O’Bannon famously sued the NCAA in 2015 and won after arguing the organization’s amateurism rules violate antitrust law.

Should De La Haye continue to create and profit from his YouTube videos, he could be in for a fight against the NCAA.

Advocacy agencies such as the National College Players Association are supporting players, arguing they should be free to promote their brand and likeness with jeopardizing their chances to compete.

“He should have equal rights under the law and no one else on that campus is prevented from having success on YouTube and being compensated,” said NCPA President Ramogi Huma. “No other student on that campus is subjected to that restriction.”

De La Haye played in all 13 games last season as a kickoff specialist at UCF. The Knights posted a 6-7 and reached the AutoZone Cure Bowl one season after posting a winless record. He kicked off 73 times for 4,441 yards, averaging 60.8 yards per kick, and totaled 37 touchbacks.