Lizzo finding rap success in her own way 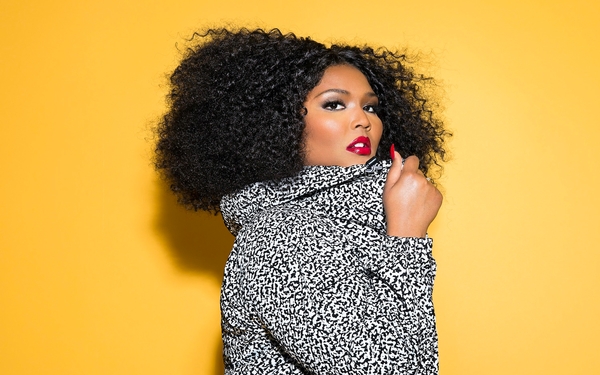 After growing up in Houston, Lizzo, born Melissa Jefferson 29 years ago in Detroit, has been based in Minneapolis since 2011. (Atlantic Records)

Lizzo may be making some inroads into the mainstream, but she’s doing it by owning and often accentuating her differences. She’s that rare rapper-singer who can also lay down a flute solo. She’s toured as an opening act for Sleater-Kinney (on the band’s 2015 comeback tour) and recorded with the late, great Prince (the 2014 single “Boytrouble”). Her music blends everything from indie-rock to gospel, and accentuates her body-positive and feminist viewpoints with a sense of sassiness and sexiness that makes it not just empowering but fun.

A recent EP for Atlantic, “Coconut Oil,” is paving the way for what she anticipates will be her debut major-label album after a series of well-received indie releases since 2010. After growing up in Houston, the artist born Melissa Jefferson 29 years ago in Detroit has been based in Minneapolis since 2011. Though the chorus of one of her recent hits declares that she’s “feelin’ good as hell,” it wasn’t always so for an artist whose “no-genre hip-hop” and plus-size frame didn’t easily fit into most music industry pigeonholes.

In a recent interview, Lizzo discussed her rise from outsider to role model. Here are a few excerpts:

Her stage name: “Lizzo was my nickname in 7th grade. Now everyone calls me that. If you called me ‘Melissa’ it would be really weird. Back in school, they’d call me ‘Mellisso’ or ‘Lizzo.’ Everybody where I grew up in Houston would chop off half the name and put an ‘o’ at the end.”

Her inspiration: “Missy Elliott is a songwriter, producer and performer who is amazing, and as soon as I saw her I wanted to be that. It was the way she spoke about herself. You never felt she was insecure about her size. She was always so bold and so sexual and so fly. The way you speak on yourself in music carries weight. I learned how to have confidence in myself because of her.”

Her upbringing: “I did get a lot of encouragement, especially from my dad, who got me to sing. I was afraid of singing — I thought I was the worst singer in my family. So I focused on the flute. My whole family was pretty musical, but I’m the first one to go professional. There was a dark age — every person has to go through it. The family got concerned when music wasn’t working out for me and you start thinking you’re doing something seemingly fruitless and maybe harming yourself. I was gigging in bands and playing shows for no one. But I refused to quit. It worked out.”

The low point: “My lowest point was when I first moved to Minneapolis. I got an invite to be in a band and I thought I’d try it, give it a year. Everything changed. And I found it does take patience. I think people get disillusioned by the fantasy. Artists get into the industry at a very young age and blow up quickly. But even they have trials and the story of strife. I’m proud and appreciative of this journey. It shouldn’t have happened slower or faster for me. Now I feel I’m exactly where I need to be.”

On her art: “I used to write everything down on paper to a beat. I would be conscious of the hook, because I sang my own hooks. Now it’s more free form. A song like ‘Scuse Me’ (from the ‘Coconut Oil’ EP) came from being in the vocal booth, freestyling. It was freeing. Pop is heading toward a more stream of consciousness flow — what comes out first is sometimes the best. But there is a lot more intention and musicality in the production and editing. It’s a skill, a craft, that I’m learning and getting better at.”

The coconut oil metaphor: “I named the EP after the (‘Coconut Oil’) song because it’s an ode to my life and things I went through, how I wasn’t cool in school, and how I grew and learned to accept and love who I am. It has my flute solo, and the guitar solo alludes to my indie-rock years. It celebrates things that make me who I am, and also reference this piece of culture — coconut oil — which, before it was trendy, was something we used to moisturize, hydrate and style. I thought it was fitting to name this record all about self-care after my No. 1 self-care tool. It’s healing to sing it on stage, and have everyone feel that and sing it back to me.”

On being called a role model and feminist: “I can never say I’m not a role model, because others say I am. I never want to feel responsible for others’ actions, but I know I’m an influencer. I live my life to be happy, done the right way, loving and patient. I am extremely feminine, in tune with my body. My shows are hyper-sexual, fun and freeing. I described myself in old interviews as someone who needed to learn more before I could call myself a feminist. I learned that I needed to keep doing what I am doing, speaking from a plus-size woman’s voice, in rooms where that is not heard too often. If someone is following what I’m doing and saying it’s good, it inspires me to live a better life.”