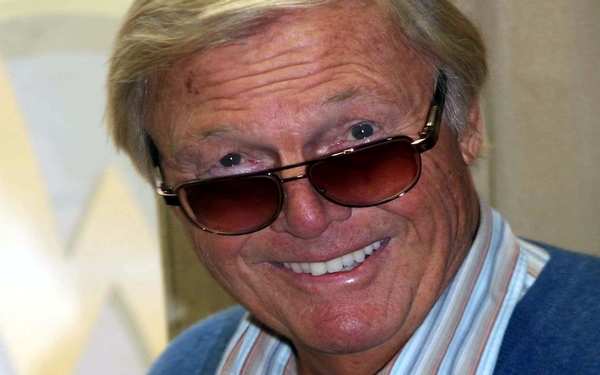 I will begin this appreciation of the actor Adam West, who died Friday at 88, with an apology. What follows will largely be about “Batman,” the role that half a century ago defined and to some extent constrained West’s career and will now follow him into the hereafter.

Still, for what it’s worth, he remains — for me, and many — the best of all possible Batmans, the only Batman that matters. That he is permanently associated with the part in a way that Michael Keaton, Val Kilmer, George Clooney, Ben Affleck and Christian Bale are not is as much or more a matter of his owning the role than of the role owning him.

In the mid-1960s, comic books — or to be specific, movies and television series featuring comic book characters — were not the world-dominating, industrial big business they have become. But the times had made them a subject of interest. Jules Feiffer’s seminal illustrated essay, “The Great Comic Book Heroes,” was published in 1965, Susan Sontag’s “Notes on Camp” the year before. Roy Lichtenstein and Andy Warhol took comic-strip images and blew them up on canvas.

“Batman,” which premiered on ABC in 1966, was the most successful expression of a cultural wave that also produced the CBS sitcom “Mr. Terrific,” NBC’s “Captain Nice” and the Broadway musical “It’s a Bird … It’s a Plane … It’s Superman.”

It’s a comedy that presents itself as a drama — indeed, it may be the first television comedy to come without a laugh track, and it has a visual formality unusual for the time. There are winks and nods and jokes aplenty, but they are played straight. West, especially, underplays his part — this approach did set a template for his successors — pitching his voice low, rarely breaking a sweat. He is not uncomplicated; he has regrets, and his attraction to Catwoman (played variously by Julie Newmar, Eartha Kitt and Lee Meriwether) crossed some line. But like most contemporary superheroes, there was nothing pathological in his goodness.

West was nearing 40 when he took on the role, and that he is a little worn and seasoned is all to the good. He played Batman with authority and commitment without ever trying to signal that he was in any way better than his material. His material, in fact, was very good — smart, literate, alliterative, rhythmic — and he handled it comfortably and with some evident relish. It’s a surprisingly subtle performance and a delightful one — delight being a quality notably absent from the franchise after the Caped Crusader was recast as a Dark Knight.

It is true that in his superhero togs — some sort of polyester blend, not the muscular Kevlar armor favored by his grimacing, grumbling successors — West can seem faintly ridiculous. But watching him now, out of costume as Bruce Wayne, Batman’s millionaire playboy alter ego, he comes across as genuinely attractive and intelligent, a voice for learning, culture, good citizenship, mutual understanding and world peace. West is also strikingly handsome in a way that was not obvious to me as a child; indeed, he was handsome his whole life.

“Batman” lasted a little more than two years, logging 120 episodes and producing a theatrical feature. The wave it rode in on receded as the culture moved on, the swinging ‘60s grew psychedelic and desperate, and television made its way toward “All in the Family” and “MASH.”

I don’t know if it’s fair to say that West’s career never recovered from “Batman.” He had enjoyed what most actors would consider an enviably healthy career; still, that he was not exactly a household name before then suggests that he might have achieved his high-water mark. For whatever reason — typecasting is real — he was never able to parlay that success into another hit series, as William Shatner followed “Star Trek” with “T.J. Hooker” and “Boston Legal.”

Still, there were nearly 50 years of life left to him after “Batman” was canceled, and he continued to work, most recently in the recurring role of Mayor Adam West in the Fox cartoon “Family Guy.” If he was always the man who had been Batman, well, so what? He did that beautifully, and seeing him onscreen in later years always occasioned a little shiver of happiness — whether as Principal Ken Schwinger on “The Adventures of Pete and Pete” or in the extremely brief Funny or Die shorts, “Adam West Hits on You … Hard,” where, tropical drink in hand, slightly tipsy, he delivers a pick-up line straight to the camera. (“Are you from Tennessee? Because you’re the only 10 I see.”)

It was just good to know he was out there, like Batman, waiting to be called.