Jauz an EDM veteran at age 23 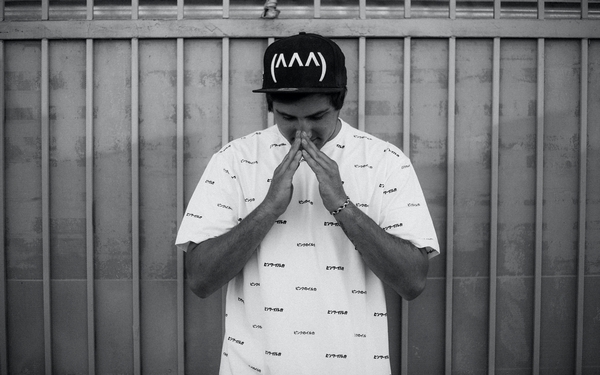 Producer and DJ Sam Vogel, who goes by the name Jauz, is only 23, but he’s already a veteran of the EDM festival circuit. He occasionally has to remind himself that mainstage life is a really big deal. “I could see how (being blase is) easy to do, but I try to avoid it,” says Vogel, on the phone from a studio in London. “Any time I’ve ever felt like that, I just kind of slap myself in the face and say, ‘Yo, man, three years ago you were sitting on your couch, with literally zero dollars, playing video games and dreaming of playing a room for 50 people — that would have been my top goal. You’re doing something incredible right now, you better be appreciative.’”

Vogel got famous with his third single, the 2014 Mad Decent release “Feel the Volume,” and has since released a series of increasingly impactful original songs and remixes. His success seemed sudden to everyone but him. “I had worked my (butt) off for five or six or seven years before that actually happened. I feel like that’s how it is right now in electronic music, you go from everyone not knowing who you are to — a household name isn’t how I would put it — but you go from nowhere to everywhere in a few seconds flat.”

When Vogel was growing up in Mill Valley, Calif., all he wanted was to be in NSYNC. “That was my dream, to be JC Chasez,” he says. “I’d still be down to be in NSYNC, don’t get me wrong. That would be pretty epic.”

In high school, Jauz discovered Metallica, learned how to play guitar, and began working on what would eventually become his signature sound, a diverse, boundary-shredding mix of house, hip-hop, dubstep, future garage, and just about every other existent strain of EDM, heavy on the bass.

Jauz (named after a slang word for “liar” from Vogel’s high school days, and pronounced like the shark) briefly attended film school, but otherwise approached club stardom from the usual route: name-making DJ gigs, a sprinkling of original material, judiciously chosen remixes (for the Chainsmokers and Ed Sheeran, among many others). It took him a long time to become comfortable in front of an audience. “My first 10 or 12 shows, my girlfriend and my manager had to pressure me to even pick up a microphone onstage,” he says. “I’d be like, ‘My voice is so stupid. No one wants to hear me talk.’ It took me playing 15 or 20 shows before I’d even pick up a microphone, but when you talk to the crowd, you break that barrier of, I’m up here and you’re down there.”

For an EDM star, more than perhaps any other breed of musical famous person, branding is crucial. “The artists who are most successful in our field are the ones who are most communicative with fans. It’s the way that we operate. I was a fan going to shows, and anytime a DJ would step offstage and take the time to talk to us, God, I can’t imagine the kind of stuff I would have said. That simple interaction meant so much.”

Jauz spends a lot of time being accessible, tending to his accounts on Facebook and Twitter, where he cheerfully beefs with those who criticize his genre-bending egalitarianism.

One typical insult: “You are festival mainstage music.” This is considered one of the worst things you can say to someone like Jauz, even though it’s technically true. He often engages with his critics, which he knows is unwise, but regards as a matter of principle. “It’s like, I get it. I’m not supposed to respond to you and feed into what (you’re doing),” he says. “People who are being (jerks) on the internet, they’re going to keep being negative. But I feel like I have to be one of the few people who not only sticks up for myself and what I believe in, but what other people believe in.”

EDM stars must also remain relatable in a way rock stars don’t have to. Even as Jauz ascends to the top level of the world’s most sought after remixers and producers, even as he tours the world, records constantly, and hangs out with Tiesto and Diplo in the vanishing amount of spare time he has, he must nurture the not-implausible idea that only hard work and pluck separate him from his audience. “There’s this connection between the fans and the artists,” Vogel says. “It’s not like they put us on a pedestal anymore. It’s the notion that anyone who tried hard enough could do what I’m doing.”