New doc Good Fortune and the CEO of conscious capitalism 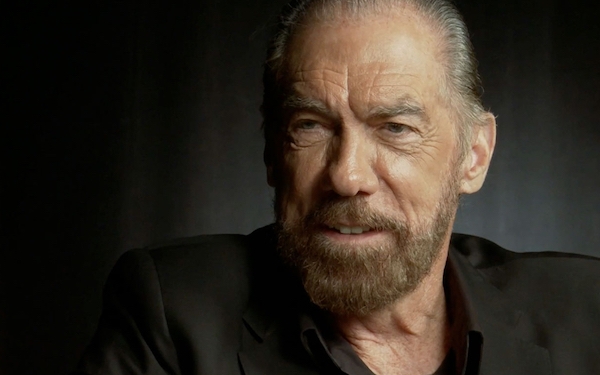 Just like his tech-industry counterparts, billionaire entrepreneur John Paul DeJoria likes to take the stage in style. Equipped with a spiffy pair of Google Glass as he squares up to a roomful of adoring fans and pupils, it wouldn’t be farfetched to expect graphs of profit margins and annual growth rates as he promises world domination by way of some unmatched gadget. But that would be wrong, because unlike his tech-industry counterparts, Jean Paul DeJoria wants to talk about something else: humanity and how to use business to save it.

That brings us to Good Fortune, the documentary brought to you by directors Joshua and Rebecca Tickell (Pump, Fuel) that explores the life of John Paul aka “JP,” a life that starts nearly at the very bottom and, through extraordinary measures, exceeds all expectations by means of good nature and hard work—though that may be an understatement.

Born in the lowi-income neighborhoods of East Los Angeles in the 1950s to a pair of Greek immigrants, JP didn’t know what a life of luxury entailed, let alone how to achieve one. Homelessness, bike gangs, and selling encyclopedias door-to-door were all he knew about getting by. In the aftermath of his brother’s death, however, he realized he needed to try harder. Much harder. So, grabbing those encyclopedias, he was determined to never take no for an answer ever again.

Through a series of interviews with friends and coworkers, including Danny Trejo, Cheech Marin, and narrator Dan Aykroyd, as well as some unnecessary reenactments, Good Fortune and JP himself show us the foundations of his success. JP describes how his relationship with hair-styling genius Paul Mitchell and their vision for a sustainable, employee-driven business model allowed them to flourish beyond both of their wildest imaginations, and how that informed the rest of his career in bettering the world, rather than just taking advantage of it.

Don’t think this is just another rags-to-riches story, where JP gets everything he could ever want and more. I think if anyone put out a film about a corporate tycoon getting money thrown at them then we’d all be more than unhappy to skip out on this one. No, instead the Tickells move to show how the movement of “conscious capitalism” is not only a plausible business model, but also a necessary one if we want this world to adapt to and survive in the changing sociopolitical and environmental climates.

JP as a character himself is kind of tricky. He is almost too happy-go-lucky, constantly hugging and praising everyone he interacts with. Can a CEO of some of the biggest companies like Patrón really have that big of a heart? Surely there must be something darker lurking behind the scenes?

To that, we really just have to take the testimonies of the people on camera to heart. His daughter Michaela (of one of many marriages) eagerly attests to his genuine want for a better world by way of better and logical business practices—that behind closed doors, even as a father, he’s simply smitten about doing good deeds for whomever he can. You have the choice of believing her or not. But what we can go off of are the numbers and the principles by which his companies are running on. Corporate distrust isn’t something you should overcome, but Good Fortune may be at least a ray of hope that you need in the meantime.

Learning that Patrón is truly an almost entirely sustainable company thanks to a well-considered design and interest in the culture of their Mexican facility, that is indeed a welcome surprise these days. Seeing JP on the ground floor at Chrysalis, his organization dedicated to giving homeless individuals the tools needed to succeed in a real way, is inarguably noble and needs to be a more standard practice throughout our corporate world, honoring the new model of “the triple bottom line”—people, profit, and planet.

By lifting people off the ground and into a conscious mode of ethical practices, we can make the kind of profits that will sustain our planet for future generations. What Good Fortune wants us to know is that JP’s story doesn’t have to be singular, nor does it mean that to effect change we have to do it on a corporate scale. As long as we are willing to give back to the communities that drive us as a society forward, we too can be prosperous in the place we lay our passions.