‘13 Minutes’ is story of man who tried to kill Hitler 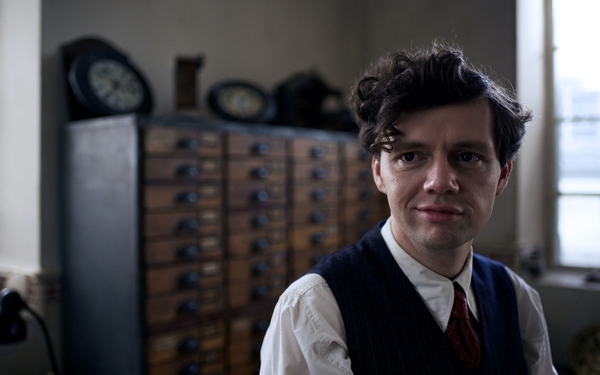 Oliver Hirschbiegel’s Academy-Award nominated 2004 film “Downfall” was all about Hitler, his final days, in fact. Hirschbiegel’s latest, “13 Minutes,” is also about Hitler, though the man is scarcely in the film at all. “13 Minutes” takes place six years before Hitler’s demise, and documents an incident that could have thwarted Hitler’s reign of terror throughout Europe in the 1940s.

In 1939, a man named Georg Elser planted a bomb at the site of one of Hitler’s speeches in an assassination attempt. He missed the Fuhrer by 13 minutes, but the blast killed eight people and injured scores more. Elser was tortured, imprisoned and eventually killed in Dachau concentration camp in 1945, and it wasn’t until the 1990s that he was hailed as a resistance fighter in Germany.

Hirschbiegel’s film, written by father-daughter duo Léonie-Claire and Fred Breinersdorfer, attempts to answer the question of why Elser (played by Christian Friedel) did what he did, acting alone. The Nazi interrogators, including police head Arthur Nebe (Burghart Klaussner), can’t believe he acted alone, and attempt to pull this information out of him by increasingly violent means. But as Elser says, he can’t give them information that doesn’t exist. It’s simply that he was motivated by his own personal beliefs and obsession with killing Hitler as a means to avoid war and improve conditions for workers.

Through a series of flashbacks, the writers and Hirschbiegel construct a movie-appropriate motivation for Elser, one that involves complicated love stories, small-town politics, and friendships torn apart by oppression and violence. The Elser that they sketch through these flashbacks is a bit of a pleasure-seeking hedonist — a musician, a womanizer, a passionate man who falls in love with a married woman when they tango on the lawn. Friedel, possessed of a thick mop top, and large, expressive eyes, gives a fiery, embodied performance as the determined Elser, particularly during the brutal interrogation scenes.

“13 Minutes” is firmly in the camp that Elser was a freedom fighter, an individual so strong in his convictions and commitment to combatting injustice that he did what no one else was brave enough to do, even if it was a failure, even if it was a sinister act of terrorism. That complexity is flattened out in the film. If he was associated with a larger cause or group, that could be easily understood — the alternative, less so, and they attempt to question, drug and beat that easier answer out of him.

Yet the answer the film provides seems a bit easier than what the real story must have been. It’s presented as a love story, first and foremost. The worst part about his fixation on and preparation for the deed is that it separates him from his love, Elsa (Katharina Schuttler). Georg is a lover, a sensualist, flighty, impulsive, determined. Hirschbiegel reflects Georg’s experience, shooting the flashbacks with a warm light and fluidity among the village and nature; the interrogations are harshly lit, confined.

World War II continues to give forth unique tales of resistance under authoritarianism, of heroism, bravery; individuals driven to extremes under oppression. Elser demonstrates the way that our understanding of history evolves over time.

Rated R for disturbing violence and some sexuality.