How much gold do Americans own? 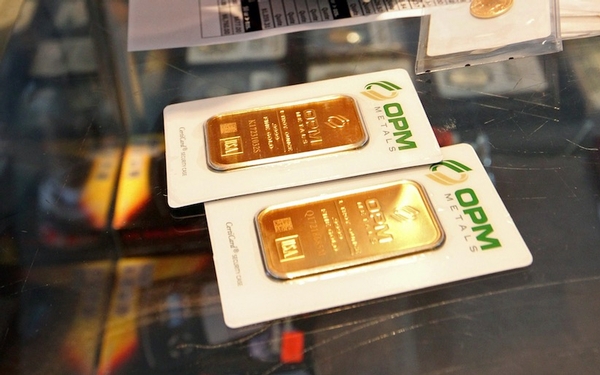 Did you know that 23 percent of U.S. households have more than one refrigerator? Or that American workers who earn between $75,000 and $99,999 contribute an average of 7.7 percent of their incomes to retirement accounts? Americans live in what is almost certainly the most quantified society in the history of human existence. We are measured and surveyed around the clock, particularly regarding the facts of our economic lives — always of interest to companies trying to find a better way to sell us things.

Yet there is at least one significant-seeming economic question with no reliable answer: How many Americans own gold?

Curiously, the higher an American’s household income, the less likely he or she is to pick gold as the best long-term investment — and the more likely to choose real estate or stocks and mutual funds. Gold, it seems, is the preferred investment vehicle for those who can’t afford it.

But perceived value is, of course, a very different matter than how many Americans actually own gold in coin or bullion form.

We do know that the government sells a lot of gold. In 2015, the U.S. Mint sold about $1.2 billion worth of American Eagle and American Buffalo gold coins. That represents a fresh supply every year of hundreds of thousands of coins, and some Americans also purchase gold bullion and coins from other countries. Market vagaries, however, make it difficult to extrapolate from that figure how many Americans are buying. Some individuals may purchase large quantities of coins, and there is no easy way to track secondary coin markets or the number of non-Americans buying gold in the United States.

The World Gold Council, which gathers and disseminates mountains of statistics about gold, says it can provide no estimate for the number of Americans who own gold as an investment. Metals Focus, a London-based precious-metals consultant, says it has no figures that it can release. When I passed along an estimate that fewer than 10 percent of American adults own gold as an investment, a spokesman wouldn’t confirm but hinted that it was accurate.

A detailed 2010 poll designed to elicit the views of Americans sympathetic to the tea party movement found that 5 percent of those who viewed the movement favorably said that they had purchased gold coins or bars in the preceding 12 months. (The poll did not report a result for the same question from the general population.) Many of the newsletters and consultants that advise people to buy precious metals estimate that between 1 percent and 3 percent of the American population owns precious metals.

These guesses suggest that somewhere between 2.5 million and 25 million Americans own gold as an investment — a range so wide it makes any concrete analysis impossible.

The truth is that we have probably never known how many Americans owned gold. For most of America’s history, that question has either been close to irrelevant (through the 19th century, the vast majority of Americans could not afford to invest in any assets beyond those that kept them alive) or a non sequitur (from 1933 to 1975, it was not legal for Americans to own gold as an investment).

When the Hoover administration began cracking down on gold “hoarders” in 1932, officials estimated that as much as $1.4 billion worth of gold was in private hands. If accurate, that impressive figure represented twice the amount of reserves in the Bank of England. Two years later, after the government had officially bought up all privately held gold, the Treasury estimated that there was still some $287 million worth of gold coins in private hands. Because that number couldn’t be reconciled with the fact that gold was now illegal to own, the government simply subtracted that figure from all its books going back to 1913. Various bankers and economists concluded that this gold was smuggled out of the country or permanently hoarded — but no one will ever know for sure how much of it was ever actually there.

While we may think that we live in a more accountable era, our lack of knowledge about gold ownership suggests otherwise. Back when all major currencies were tied to gold, there were economic (and, arguably, national security) reasons to be vague about how much metal resided where. Yet even after a half-century of a floating currency in this country, a legacy of secrecy still surrounds the metal.

One price of this information void is conspiratorial thinking. Some of the conservative and libertarian figures who demand that the Federal Reserve be audited, for example, grumble that there may be a lot less gold — maybe none! — in Fort Knox than official numbers allow. Perhaps that lacuna does only minimal damage to the body politic, but it’s hard to think of any good purpose that is served by perpetuating our ignorance about gold.

James Ledbetter is the editor of Inc. magazine and the author of “One Nation Under Gold: How One Precious Metal Has Dominated the American Imagination for Four Centuries.” He wrote this for the Los Angeles Times.