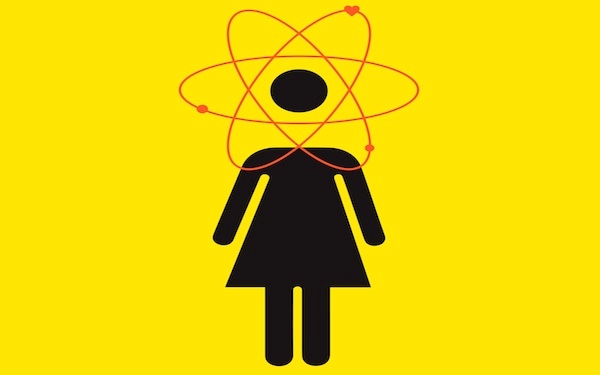 What perfect timing for Rutger Bregman’s “Utopia for Realists.” Who isn’t this book a perfect gift for?

For those looking to flee society, Michael Finkel’s “The Stranger in the Woods” might be just the push or pull you need. Telling the true story of a hermit in Maine, the reality of life off the grid is both better and worse than you might imagine.

“The Color of Law,” by Richard Rothstein can hardly be considered light reading. This history of de jure segregation in American cities is frightening in it’s ability to cut through a lot of what passes for fact these days.

While true stories from Mexico’s Sinaloa drug war may not float everyone’s boat, Javier Valdez Cardenas' "The Taken" will suit those looking for something with substance to spend their time on. A journalist, Cardenas writes with an urgency and respect for facts that make for a riveting read.

Microdosing, or taking a very small amount of a drug daily, may just be the wave of the future. Ayelet Waldman bravely and amusingly recounts her experience with just a touch of LSD in “A Really Good Day.”

Poetry, prose, diaries and dreams tell the story of a murder in Maggie Nelson’s “Jane.” The sum total is both poignant and chilling.

The peerless Janet Malcolm writes with insight and verve about a murder trial in Queens. “Iphigenia in Forest Hills” balances sensation with thoughtfulness in a rare way.

Paula Hawkins follows up her smashing success, “The Girl on the Train” with “Into the Water.”

There’s a reason Scott Turow is Scott Turow and “Testimony” does not disappoint. A courtroom drama that expands to encompass international politics, this page turner will enhance any vacation.

Extremely relevant and also insightful, Michel Stone’s “Border Child” follows two young immigrants trying to cross the border from the U.S. to Mexico. This story lets you walk in someone else’s shoes and, hopefully, gain a little compassion on the way.

Friendship, travel and a little bit of insight make Joan Frank’s “All the News I Need” a great read and a great gift. Follow Ollie and Fran as they bicker there way to Paris.

Star-crossed lovers meet and part in Jill Santopolo’s “The Light We Lost.” Modern life conspires to keep them apart with an end result that will keep you turning pages through the night.

Is it possible that up until now no one has written a book about love and science and called it “Chemistry?” The title is representative of author Weike Wang’s offhand genius, blending humor and insight and oddball nerd facts in such a way as to obliterate the competition.

Fans of the terrific HBO series “Big Little Lies,” starring Reese Witherspoon and Nicole Kidman will be thrilled when they realize the writer, Liane Moriarty, has produced a number of great novels, including the wonderful “What Alice Forgot.”

One of the world’s best satirists, Jonathan Coe returns with “11,” a sequel to his postmodern skewering of Thatcherism, “The Winshaw Legacy.” Coe weaves a kaleidoscopic, riveting tale of two friends coming of age in an early 21st century flirting with dystopia.

Gods come and go like boardroom CEOs in Tom Holt’s comedic fantasy “The Management Style of the Supreme Beings.” When the new divine bosses take over, they shake things up, doing away with the concepts of good and evil and instilling their own policies with hilariously unpredictable results.

In “The Asylum of Dr. Caligari,” science fiction’s premier satirist, James Morrow, riffs off the titular silent film for an inventive adventure story that explores the madness of war and the power of art.

Our sharpest environmental writer and most convincing cartographer of the future, Kim Stanley Robinson delivers his latest, “New York 2140,” an epic view of the diverse residents of one high-rise in a drowned New York.

Jeff VanderMeer follows his “Southern Reach” trilogy with “Borne.” In the ruins of a city haunted by the specter of a former biotech company, Rachel survives as a scavenger. One day she finds a strange being, Borne, and takes it home with her. But her growing attachment may threaten life as she knows it.

M.R. Carey returns to the post-apocalyptic world of “The Girl With All the Gifts” in the nail-biting prequel “The Boy on the Bridge.” Following a plague that turns humanity into monsters, a team of soldiers and scientists, along with a special boy, is sent out to find some answers.

Science fiction’s master of snark, John Scalzi serves up the opening adventure in a new space opera series, “The Collapsing Empire.” The cosmic force that allows humanity’s interstellar network to exist is breaking up and it’s up to one team to ensure its survival.

If you’re taking a road trip this summer why not take some gorgeous picture books with you to read aloud or page through? It’s great for those who have a hard time reading too much in the car. “Smart About Sharks,” by Owen Davey, has illustrations to die for and fun facts to marvel at.

Another gorgeous book, “Shackleton’s Journey,” by William Grill, recounts the adventures of the notorious polar explorer. Who knew that staffing for Shackleton included questions about the candidates singing ability? A quirky man indeed.

Any kind of outdoorsy trip will benefit from Amanda Wood and Mike Jolley’s “Curiositree: Natural World.” Brimming with cool tidbits, about food chains and photosynthesis, this jam-packed, illustrated book would be perfect to read in front of a fire.

Peter Goes’ “Timeline” takes the abstraction of history and transforms it into phenomenal visuals that facts alongside illustrations. Finally, perspective and a little fun.