Sixty years ago this month, John Lennon and Paul McCartney hit it off with rock ‘n’ roll glee 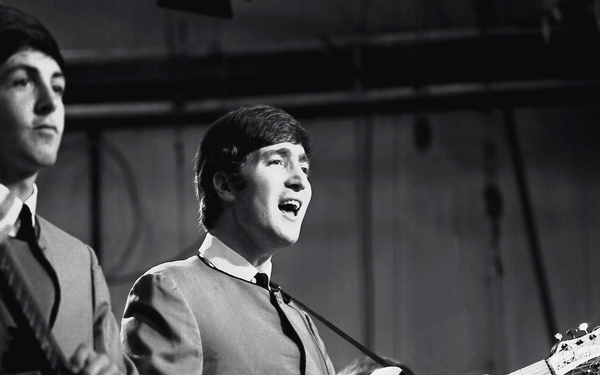 The fabled day that John Lennon met Paul McCartney at a church social in Liverpool 60 years ago — on July 6, 1957 — can appear less-than-fateful from a chronological distance of six decades.

After all, what are the odds that two teenage boys obsessed with the nascent sound of the rock ‘n’ roll music that was exploding across the Atlantic Ocean would not cross paths sooner or later?

Beatles biographer Mark Lewisohn provides invaluable context to that question in his 2013 book, “Tune In: The Beatles All These Years,” the first of his projected three-volume authoritative look at the creation and lasting influence of the four lads who created what is often cheekily yet aptly described as “the band that changed the face of pop music as we know it.”

The Beatles of course evolved out of the Quarry Men, the skiffle group Lennon had formed with several chums, skiffle being the rootsy, largely acoustic, folk-driven precursor to British rock.

“Quite how many skiffle groups were active in the summer of 1957 was, it seems, everyone’s guess,” Lewisohn wrote. “Between four and five hundred in the London area alone, the press reckoned. No one really knew the true number, or ever will, but five thousand groups for the whole of Britain might be about right, something like twenty to thirty thousand players.”

With that in mind, McCartney finding his way to Lennon that summer starts to have more in common with the search for a needle in the proverbial haystack.

The catalyst was Ivan Vaughan, McCartney’s classmate at the Liverpool Institute High School for Boys. He knew of the Quarry Men and its dynamic lead singer, John Lennon, who, like Vaughan and McCartney, had a passion for seminal American rockers such as Elvis Presley, Little Richard, Chuck Berry and Jerry Lee Lewis.

Lewisohn pointed out that at the time they met, the Top 30 of the NME popular music ranking “included for the first time together Elvis Presley, Chuck Berry and Little Richard, added to which there was already a buzz about the British release (on Friday, July 5) of ‘Bye Bye Love,’ the present No.2 in America, by a new duo called the Everly Brothers.”

Vaughan invited McCartney to come down on a hot Saturday afternoon to check out the Quarry Men. Lennon was 16, McCartney had just turned 15.

Right off the bat, the band caught McCartney’s ear with its version of the Del-Vikings’ doo-wop-rooted hit “Come Go With Me,” which had just been released six months earlier.

In a 1984 BBC radio interview, McCartney recalled what impressed him about Lennon’s delivery: “He was singing ‘Come Go With Me,’ which I thought was fabulous until I realized they weren’t the right words. He was changing them. ‘Come go with me … down to the penitentiary’ — he was nicking folk-song words and chain-gang words and putting them into the Del-Vikings’ songs, a clever little bit of ingenuity.”

(Stickler for detail that he is, Lewisohn noted that a recording of that performance that eventually came to light revealed that Lennon was actually singing “Don’t let me pray beyond the sea,” but that his lead vocal was partly buried by the backing vocals.)

That was another element that set Lennon and McCartney apart from their fellow would-be rock ‘n’ rollers: The vast majority were more than happy simply taking their best shot at singing existing rock, R&B, blues and soul hits they loved the most. Writing original songs was practically unheard of.

McCartney also has noted that in most circles, their peers were most passionate about the sports teams they supported. But when he began chatting with Lennon and discovered someone else who was interested in writing his own words and music, McCartney felt he had found a musical soul mate.

Later that evening, when Lennon, McCartney, Vaughan and some of the other Quarry Men and their friends were hanging out waiting for a dance to get underway, McCartney asked Lennon if he might borrow his guitar and demonstrate his own chops a bit.

He launched into Eddie Cochran’s “Twenty Flight Rock,” a challenging number for a 15-year-old in most any circumstance, but all the more impressive since that recording hadn’t yet made the British sales charts. Then he worked his way over to a piano and gave his best Little Richard impression on “Long Tall Sally.”

“Paul couldn’t have known it,” Lewisohn wrote, “but by slipping into ‘Long Tall Sally,’ he was sliding into John’s main artery. That constantly thrilling, screaming black voice of Little Richard Penniman was now coming out of Ivan’s little mate from Allerton.

“No matter how much John affected an air of coolness, his insides had to be leaping,” Lewisohn concluded. “Bull’s-eye. Paul McCartney had impressed the guy on whom making an impression was suddenly so vital. He’d set out to do it and he’d achieved it. … None of the Quarry Men could do anything like this.”

Less than a dozen years later, after the Beatles had conquered the world, Lennon gave his famous sign-off at the Beatles’ final public concert appearance on the roof of their Apple Corps headquarters in London: “I’d like to say thank you on behalf of the group and ourselves, and I hope we passed the audition.”