Flo Rida nails down the formula for success: collaboration 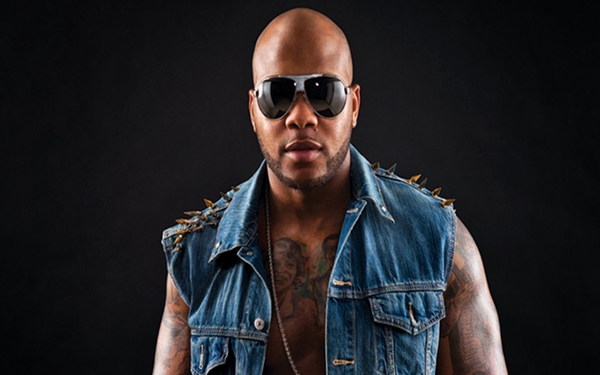 Rapper Flo Rida isn’t one to shy away from a good musical collaboration.

The “Low” rapper is one of the kings of collaborations, with a repertoire of hits with artists such as Jennifer Lopez, Sia, Pitbull, Jason Derulo, Sage the Gemini, T-Pain, Kesha, Timbaland, will.i.am, Ne-Yo, Akon and David Guetta.

“First and foremost, I’m fans of the people I’m collaborating with,” Flo Rida says. “And collaborations expand who you are. A lot of times, people may not know you, but they know the other person, and then you gain new fans.”

He also likens it to sparring in the ring: “It sharpens you.”

Flo Rida can’t choose which is his favorite collaboration, but “hats off to T-Pain for the ‘Low’ record. And I love working with guys like Timbaland (‘Elevator’), Akon (‘Who Dat Girl’), guys who I look up to and who inspire me. I have great conversations with them from time after time. Working with them has been a blessing as well as other collaborations with Sia (‘Wild Ones’) and Dr. Luke (‘Who Dat Girl’ producer).”

“Low” featuring T-Pain was the one that put the Miami-based rapper (born Tramar Lacel Dillard) on the map. He says the song is the result of patience, passion, humbleness, creativity and being ready.

“I recall being in the studio in Miami with guys I look up to like Rick Ross (with whom he collaborated on ‘Birthday’), who birthed my career when the track came in,” Flo Rida says. “It was really late at night. The track went to various artists first. Within an hour, I finished the record. This record pulled me into the whole international works of music. It’s organic to who I am.”

With “Low,” released a decade go, Flo Rida nailed down his formula for success early: mixing various musical flavors together into one easily digested sound.

Growing up in Miami, he says, there was “a gumbo of different cultures.”

“I’ve always been grinding,” he says. “This is what I’ve been doing prior to my success, even back when I was in my group. There were four of us in the group (GroundHoggz), and each one of us came from a different background.”

He says the only thing that’s new about his music now is that he’s able to take it around the world.

“Each and every day I thank God for that,” he says.

He’s constantly amazed at how well his music travels around the world. “You can go to some countries where people may not be able to conversate with you, but they can sing your lyrics word for word.”

Flo Rida’s new single is “Cake” featuring 99 Percent. It’s the latest in a long string of singles; his last album was 2012’s “Wild Ones.”

While some artists focus on releasing single after single and are less concerned with full albums, he says an album is in the works and that it’s 70 percent finished.

“I enjoy putting out singles,” he says. “A lot of times of traveling and I just want to give fans something new. But you can look forward to me putting out an album. I’m very excited about it. Maybe I’ll have people go to social media so people can help me with the name.”