Debunking ‘appropriate attire’: Women should have the right to bare arms (and shoulders, necks, etc) 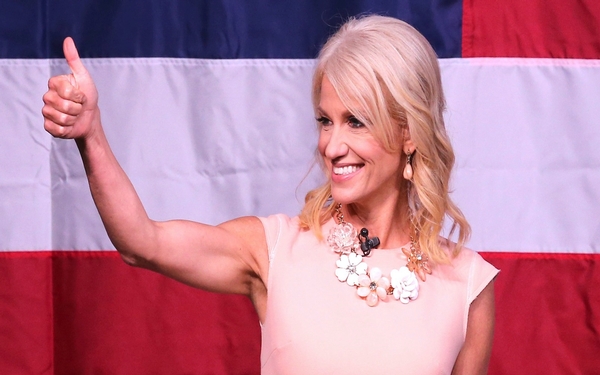 Fashion is infamous for buzz words — think “upscale casual,” “seasonless clothing,” “windowpane prints” and a slew of others that leave most folks scratching their heads.

These days, though, there’s another phrase that’s stirring a lot of sartorial debate. (No, it’s not that awful man romper!) It’s how do we define “appropriate attire” — and, perhaps more important, who gets to decide what’s appropriate and for whom?

Within the past month, lots of people have been up in arms about women baring their arms — and shoulders and decolletage and the like. The U.S. Congress is cracking down on its “members-should-wear-appropriate-business-attire” policy, which apparently means no sleeveless dresses or tops for women and requires neckties for men. (And if you’re caught without a jacket to cover up, don’t think you can merely fashion some sleeves out of paper, like some female reporters did — it won’t work.)

At the congressional picnic on the White House lawn in June, first daughter Ivanka Trump was scolded for wearing a cold-shoulder floral frock. Not long before that, former Fox News anchor-turned-NBC News journalist Megyn Kelly was called out for an off-the-shoulder cocktail dress she was photographed wearing at an event with Russian president Vladimir Putin and other global dignitaries. Even a high school senior in West Milford, N.J., poked fun at the hypocrisy in her yearbook quote: “I’m sorry, did my shoulders distract you from reading this quote?” (Like generations of young women before her, she’s pictured wearing the classic black V-neck drape or robe, which skims her shoulders — and, technically, violates the school’s own dress code.)

If you’ve stepped foot in a mall lately, chances are you’ve seen shirts or dresses with the shoulders cut out. Following a strong showing at New York Fashion Week’s spring/summer shows in September 2015, they crept into closets last summer and are back with a vengeance this season. The fact that these high-profile women wore the look shows that they’re in tune with what’s on trend. (And if they weren’t, I’d bet Kelly’s $990 Yigal Azrouel dress that they’d be scrutinized for appearing too dowdy or dated.) It’s no surprise, either, that congressional reporters wore sleeveless dresses to work. It’s July in Washington, D.C. — enough said.

Of course, dress codes have their place. (If not, who wouldn’t want to just wear PJs all day, every day!) But lately, “appropriate attire” has become to fashion what “fake news” has become to the media — a kind of catchall whose true meaning has been manipulated to chastise what doesn’t fit our views. For instance, U.S. House Speaker Paul Ryan may think sleeveless dresses aren’t appropriate for Capitol Hill. I don’t think a grown, professional woman feeling as though she needs to stuff her dress with paper like some sort of kindergarten art project in order to try to do her job is appropriate. (Meanwhile, counselor to President Donald Trump Kellyanne Conway regularly represents the White House on television wearing sleeveless dresses. Trump, a presidential adviser, also has attended plenty of official meetings wearing them.)

Just as fashion can be a medium for liberation and personal expression, it can be used to control and divide, too. That’s also at play here. The only specific congressional dress code regulations on record date back to the 96th session (1979 to 1981) and only address “appropriate attire for female members.” By focusing on what each gender is wearing, we’re further emphasizing the divisions and inequalities between them and their bodies — which is only intensified when set against a backdrop of a male-dominated Republican Congress that’s done little to champion the reproductive rights and adequate health care options for women, among other inequities.

Beyond politics, coining something “appropriate” or not has become a watered-down (and, somehow, acceptable) way to belittle, or even bully, someone. Take Trump, for example. Chances are the people who picked apart her perfectly acceptable picnic attire aren’t her biggest fans. Same goes for Kelly … and the list goes on.

If this is what “appropriate attire” has turned into, then it’s better to never be in style.