Kesha disperses clouds with her own ‘Rainbow’ 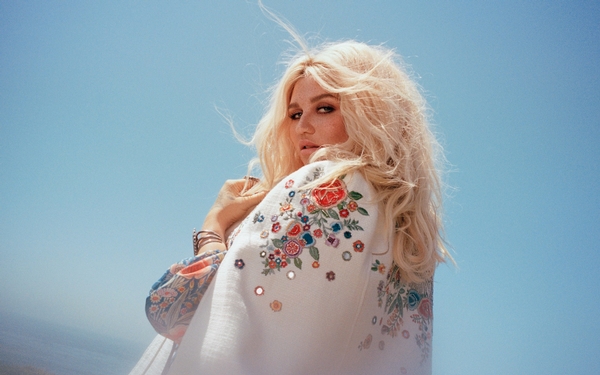 “I’ve been through hell and back,” Kesha sings on her new album, and even casual listeners are likely to know the circumstances of her trip.

Three years ago, this pop star, famous for her bleary 2009 smash “Tik Tok,” filed a bombshell lawsuit against Lukasz Gottwald, aka Dr. Luke, the producer and songwriter with whom she’d collaborated for nearly a decade. Kesha accused Dr. Luke of physical and emotional abuse and said he’d raped her; the producer responded with a lawsuit of his own in which he characterized Kesha’s claims as an attempt to extort him during a contract renegotiation.

Since then, the legal fight has proceeded agonizingly slowly, with each grim development attracting widespread attention. What wasn’t clear until now is that Kesha feels she made it back from hell.

For all the public scrutiny of her and Dr. Luke’s battle, Kesha has been largely unheard throughout her ordeal — the result, she says, of a restrictive agreement with the producer that effectively silenced her. In 2016 she toured for the first time in years but relied on old songs and pointed cover versions of well-known tunes like Lesley Gore’s “You Don’t Own Me.”

By design or by necessity, Kesha’s story seemed to have stalled, and in a state of misery she was allegedly barred from explaining.

She’s finally moving again with “Rainbow,” her first album since “Warrior” in 2012. Due Friday, it’s a vivid account of a woman’s unwanted confrontation with a powerful tormentor — “a bogeyman under my bed putting crazy thoughts inside my head,” as she puts it in “Learn to Let Go” — as well as her determination to leave the resulting damage behind.

“I could fight forever, but life’s too short,” she declares to open the record in “Bastards,” and what’s remarkable is that she makes that conclusion sound like a victory, not a defeat.

“Rainbow” is full of motion. In song after song, Kesha — who broke through with “Tik Tok’s” knowing depiction of twentysomething indolence — is looking forward, putting more distance between her and the trauma she refers to in the song “Praying” as “the flames.”

“I’m walking on air, kicking my blues,” she sings in “Boots,” while “Hymn” insists, “We just ride, we just cruise/Living like there’s nothing left to lose.” (“Praying,” “Hymn,” all these mentions of hell: If you’re detecting a religious streak on “Rainbow,” it’s definitely here.)

The album closes with “Spaceship,” in which she says her people are coming to take her away: “Lord knows this planet feels like a hopeless place/Thank God I’m going back home to outer space.”

This idea of outrunning her troubles may have been the only kind of triumph available to Kesha. Her various court cases are still grinding through the justice system, with no immediate resolution on the horizon.

In fact, “Rainbow” is being released through the record label Dr. Luke founded — a perverse scenario no matter how the parties’ guilt or innocence is eventually decided.

Yet Kesha’s impressive singing persuades you she’s truly found peace by moving on. Her performance in the title track — a lush, Beach Boys-inspired swirl of piano, horns and strings — is the best she’s ever sounded: strong and gutsy, but with a trace of the vulnerability you can hear her figuring out how to value again after years of forced defense.

A virtual library of emotions, it’s not a song anyone familiar with Kesha’s stupid-brilliant debut could’ve seen coming.

And it’s not the only one like that on “Rainbow.” Though she was setting her party-hearty thoughts against eclectic arrangements from the start, Kesha roams much more freely here, from the scuzzy garage rock of “Let ‘Em Talk” to the swinging neo-soul of “Woman” to the sleek electronic pop of “Hymn.”

For “Spaceship” and “Old Flames (Can’t Hold a Candle to You)” — the latter an oldie written by her mother, the veteran country songwriter Pebe Sebert — Kesha went to Nashville and put together a credible roots-music band to back her up; the result reminds you she grew up there before moving to Los Angeles and teaming with Dr. Luke. (Other producers and players on the album, which doesn’t credit Dr. Luke as a contributor, include Ben Folds, Ricky Reed, the Dap-Kings Horns and the Eagles of Death Metal.)

That sonic jumble can make “Rainbow” feel all over the place, which it is.

But right now a coherent story seems less important to Kesha than one in which she has a voice — and one that simply keeps going.