Liam Gallagher, still cranky after all these years 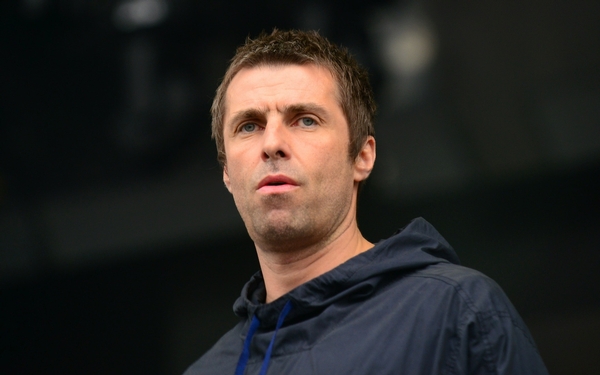 Oasis broke up after the feuding between Liam and his brother Noel became unendurable (the two have still not reconciled). Noel was the first to leave; for years, Liam and the other members carried on as Beady Eye, in a sort of Britpop interregnum, before dissolving in 2014.

In May, Liam Gallagher played his first-ever solo show in his hometown of Manchester, England, just a week after the terrorist attack at the Manchester Arena. He returned a few days later to perform Oasis’ “Live Forever” with Coldplay at the One Love Manchester concert. Gallagher had colorfully (and unprintably) insulted Coldplay in the past, so this was awkward (other recent targets have included his brother, and One Direction).

Gallagher, who plays Lollapalooza in Chicago on Thursday, has a prickly reputation, but in a phone interview from Spain, he was cheerful and profane and seemingly impossible to offend. An edited transcript of that conversation follows,

Your first solo show ever was in Manchester in May, right?  I think that was a week after that terrorist attack. It was pretty intense. Manchester is always pretty intense, anyway, it’s your hometown — but it was a good gig, man.

Do you still get nervous before a show like that?  Not nervous like, “I want me mommy and I want to go home, I wish I’d never bothered with this rock ‘n’ roll thing.” But I get a nervous energy, like, “I just want to go on and get it … done and see whether I’ve still got it,” you know what I mean?

What was the songwriting process like for “As You Were”?  After Beady Eye split up, I had four years of just sitting around my house doing (nothing). I had a bunch of private stuff going on, I didn’t want to make music. I wanted to go away to Spain, buy a house and live there, walk on the beach and get a suntan, eat some nice food, then come up with a plan. I just needed some time out. All of a sudden, I picked a guitar up, and I wrote a song.

Do you think you’re fundamentally a band person?  Yeah, without a doubt. I prefer being in a band. I’m liking this at the moment — I’ve only done eight gigs — but I definitely prefer to be in a band. There’s too many solo people, and bands are suffering. There’s too many great bands that have split up because somebody’s got an ego, and then he goes solo.

After Beady Eye broke up, it seems like that’s when the end of Oasis truly hit you.  Yeah, that’s correct. Beady Eye was like a safety net, I think. After Oasis, we went straight into that, and carried on making music, which was the right thing to do. Going on (is better than) sitting there twiddling your thumbs.

Oasis is still huge. You’re on the cover of NME all the time. Does that spill over into success for your solo stuff?  Yeah, but that’s the same for everyone. It’s the same for Paul McCartney, it’s the same for Ray Davies. Oasis is a big thing, and it seems to get bigger and bigger. I’m not hiding away from it. It’s like, listen, I was in Oasis, I still feel Oasis, the first thing that comes out of people’s heads when they meet me is Oasis. I’m proud of the fact that I was in Oasis.

You could discover a cure for cancer, but if you died tomorrow, the first line of your obituary would still mention your brother.  I love my brother, I just don’t get on with him. I’m very proud of what me and my brother did, without a doubt.

What do you do at Christmas?  Well, I eat food, I open presents —

No, who has custody of your mom at Christmas?  It depends on the kids. My kids are all grown up now. I don’t say, “Well, she’s mine this year.” She goes where she goes. She didn’t come to see any of us last year, so there you go. She went out with her sister, she’d had enough of us. She was like, “Ah, (forget) you.”

How was the One Love concert?  It was a no-brainer, we had to do it. That’s me home, and I’ve got family and friends in Manchester. It had to be done.

Did Chris Martin know that you’d said vaguely insulting things about him in the past?  Oh, yeah. When I met him backstage, I said, “Listen, I’m really sorry about all (that), I’ll pack it in.” He went, “No, no, no, carry on. We like it.”

There have probably been people over the years who haven’t had as good a reaction to things you’ve said.  Yeah, but listen, man, I don’t wish anyone any harm. It’s just banter. I can take it, and people shouldn’t dish it out if they can’t take it. I don’t mean any real harm, it’s just having a laugh.

The One Love concert must be a nice way to go into your solo career, with all that positive energy.  It’s nice to do nice things, innit? I’m a nice person, deep down, I do nice things all the time. I did it because it was the right thing to do, it put some smiles on people’s faces, showing a bit of solidarity. I did it because I’m from Manchester, and they’re my people.