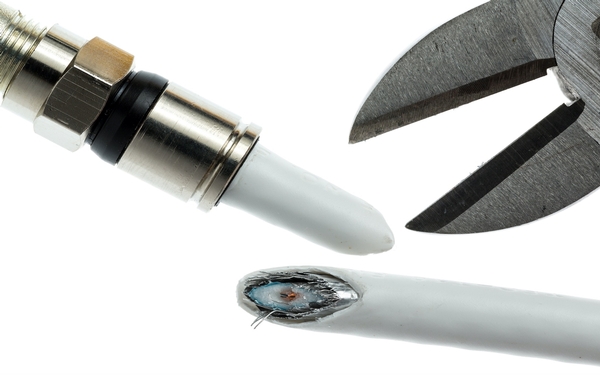 A growing number of Americans are leapfrogging over cable television bundles that, according to Leichtman Research Group, cost an average of $103 a month in 2016. (Dreamstime/TNS)

It’s Sunday morning, and you’re already on the couch with a cup of coffee (or a can of beer) ready to watch the 49ers or Raiders on TV. Maybe you stick around after the football games to see the Giants, A’s, Sharks or Warriors play in the afternoon.

For many sports fans, it’s a weekend ritual that has helped make broadcast and cable television a smashing success. But now, more than ever before, fans are turning to the internet to get their live sports fix on their computers, tablets or smartphones.

A growing number of Americans are leapfrogging over cable television bundles that, according to Leichtman Research Group, cost an average of $103 a month in 2016. And sports-focused television networks have felt the cord-cutting pinch: ESPN lost 2.9 million subscribers in the past year, according to a May report from Nielsen.

“People purchased cable to watch ESPN,” said Travis Vogan, an assistant professor of mass communications at the University of Iowa, specializing in sports cable television. “They were not happy about this but they had no alternatives in the past. But streaming technology has opened up new opportunities.”

With so many options — free, paid, legal and not-so-legal — available on the internet, watching sports at home without cable has never been easier, or more intimidating. The landscape looks like the Wild West, as old legacy networks, subscription-based streaming services, social media platforms, sports leagues, venture capital-backed startups, and ragtag illegal stream providers all fight for the eyes of viewers.

None of the online mediums have fully supplanted the quality, quantity and consistency that cable television provides. Despite hemorrhaging subscribers, there’s a reason more than 86 million households still subscribe to ESPN as their go-to channel for live sports, along with the millions who watch CBS, NBC, ABC and FOX.

League-provided streaming services: Rather than relying on cable networks as middlemen, sports leagues now broadcast games directly to their fans.

Each of the Big 4 sports leagues has its own online streaming service which range from $100 to $200 over the course of a regular season. MLB and NHL have MLB.TV and NHL.tv respectively. NBA has the League Pass. NFL has the Game Pass, which only show replays of regular season games, and the RedZone channel, which only live-broadcasts scoring plays and highlights from Sunday games.

“Sports leagues understand themselves to be media producers these days,” said Victoria Johnson, an assistant professor of film and media studies at UC Irvine.

But there are caveats. Postseason play is largely not included. (MLB.TV, for example, provides select postseason games but never World Series games.) And more importantly, games for local teams — like the Giants or the 49ers — are blacked out from online streams because of arcane rules designed to keep you tuned into cable.

It is possible to watch, say, Giants games on CSN Bay Area online, but you will have to sign in using your cable subscription information. But recently, online-only subscription streaming services have been providing an alternative.

Subscription online streaming services: Smaller, more flexible services like Sling TV, Hulu, YouTube TV and fuboTV have been vying to become the internet’s AT&T or Comcast when it comes to sports.

Ranging from $20 to $50 a month, they provide a leaner channel selection than cable which includes the five major sports channels — but rarely all in one package.

For the sports nut, fuboTV is the most dedicated model available. While priced highest at $50 a month, its premier subscription includes a whopping 69 sports channels — but not ESPN. (fuboTV currently has a limited time offer of 30 percent off the premier subscription.)

For the budget conscious sports fan, Sling TV is your best bet but it limits consumer choices like fuboTV. Its $20-per-month Orange plan only includes ESPN channels, and its $25-per-month Blue plan includes FOX, NBC and NFL Network but not ESPN. (CBS is not included in either plan.)

Hulu and YouTube TV have the most well-rounded channel selection of them all, and are priced at $40 and $35 per month, respectively.

Despite the convenience at no charge, one game a week on a platform is hardly enough for the vast majority of fans. But expect the number of games to grow. The tech companies are interested in live sports because it guarantees a set number of people using their platforms for at least the duration of the game, according to Vogan.

But will Facebook ever replace ESPN? It’s unlikely. Facebook co-founder Mark Zuckerberg has expressed only tepid interest in live sports, saying paying billions of dollars for exclusive broadcasting rights is not part of Facebook’s long-term goal, according to Bloomberg.

The black market: It’s impossible to talk about alternate ways to view live sports without mentioning the flourishing black market.

Due to its recent growth and largely discreet nature, there is little academic research on black market streaming. One British study in April found 54 percent of millennials watched illegal streams for live sports, compared to only 4 percent of those over 35, according to The Guardian.

One popular forum in which streamers and viewers share sports stream with each other is Reddit. Two separate subreddits, or in-site communities, dedicated to live streaming Big 4 sports have around 100,000 subscribers each.

Before and during every game, several streams are uploaded to Reddit. Sometimes, they are taken down by league moderators looking for pirate streams. While most are direct copies of a television stream at a lesser, choppier quality, some stream at high-definition quality with no commercials. Many serial streamers ask for donations to keep the stream going.

Vogan compared these streamers to descramblers, who would split wires to receive cable for free.

Vogan says the legacy players like ESPN know these communities exist and see them as a “lost cause.” Rather than cracking down, they have diverted their efforts to wooing them back with better convenience, quality and reliability.

“If you want to see something and it’s televised, you can probably find it,” said Vogan.

Some top ways to watch live sports without cable

Pros: High-definition quality for out-of-market games, great user experience on tablets, able to switch feeds for home and away teams, $113 for the longest regular season among Big 4 sports

Cons: Local teams are blacked out, no postseason games

Cons: Its two main bundles split ESPN-related channels and others, does not carry CBS

Cons: Most expensive among online streaming subscriptions at $50, no ESPN