Feisty Taylor Swift is getting grittier 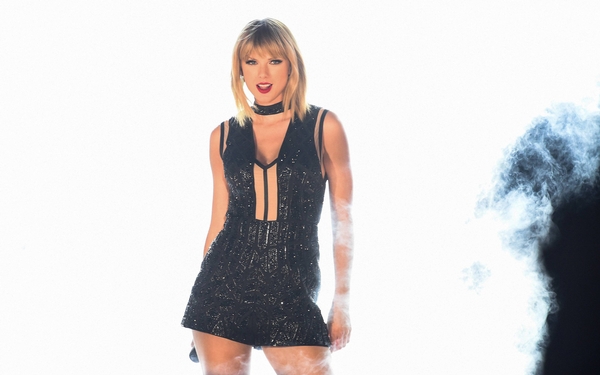 Taylor Swift’s sharp-edged single “Look What You Made Me Do,” the opening salvo from her forthcoming album “Reputation” and her first new music in three years, will convey many things to many listeners, but one message is inescapable: This time, it’s personal.

OK, so that’s a bit like saying water is wet, in that nearly everything Swift has delivered since her precocious debut album 11 years ago has felt intensely personal.

In song after song, album after album, she’s reinforced that impression by peppering them with tantalizing tidbits of autobiographical information — names, places, pets — that often sound lifted directly from her diary.

Nevertheless, there’s a more forceful edge and distinctly pointed attitude in “Look What You Made Me Do,” suggesting that, at 27, the former country princess turned international pop superstar is not only sadder with the wisdom she’s attained along the way, but also tougher and harder.

As with much of her music, the new track, which she wrote and produced with one of her most highly regarded collaborators, Jack Antonoff, offers an open invitation for speculation on the real-life inspiration right from the opening verse: “I don’t like your little games / Don’t like your tilted stage / The role you made me play / Of the fool / No, I don’t like you.”

Since the 2014 release of her blockbuster album “1989,” Swift weathered an intensely tawdry public feud instigated by rapper Kanye West over his diss track “Famous,” in which he boasted last year that “I made that (profanity) famous” and, therefore, that he and Swift “might still have sex.”

Additionally, just this month she emerged victorious in court after a jury sided with her allegation that a Denver radio personality had groped her during a 2013 backstage meet-and-greet.

To hear her sing, “I don’t trust nobody/ And nobody trusts me” in the new song is to feel a withering — however slight — of the upbeat, tirelessly positive outlook that’s been both a siren’s call for her multitude of fans and a source of ridicule for her critics.

But whatever the autobiographical elements, Swift also once again uses her artistry to root out the salient lessons in her life experiences, and, ultimately, the song is a testament to the strength forged through trial by fire.

“But I got smarter, I got harder in the nick of time,” she sings at another point in the song. The work opens atmospherically, with keyboard and strings floating gently before a driving beat kicks in and an ominous minor-key motif unfolds to reveal a Hitchcock-esque sense of foreboding.

Swift and Antonoff blow past the production cliches of clap tracks and hiccuped syllabic hooks that have proliferated across Top 40 fare in recent years with boldly inventive textures and fresh melodic, rhythmic and sonic accents.

Musically, the track is constantly shifting, a manifestation of the myriad emotional states expressed in the lyrics.

As many times as she repeats the titular hook, she wards off any cumulative repetitiveness by shaking up the way she enunciates it each succeeding time.

She also stretches her approach in the lyrics, in which betrayal is a key theme. Everything isn’t easily spelled out, and she drops teasing clues, almost like an Impressionist painting.

She alludes in one to feelings about being set up, and to the duplicity of those who would engage in such an act: “I don’t like your perfect crime / How you laugh when you lie / You said the gun was mine / Isn’t cool, no, I don’t like you.”

It all combines to instill the single with the same kind of surprise-around-each-corner mystique she employed with the trio of snake GIFs she tweeted and Instagrammed this week leading up to Wednesday’s announcement of the album’s title, the cover image and the Nov. 10 release date.

Even though a “Paradise Lost” regret emerges in some passages, she hasn’t abandoned her dry sense of humor. A mid-song break is built on what sounds like a telephone answering machine message advising the caller that “I’m sorry, but the old Taylor can’t come to the phone right now / Why? Oh, ‘cause she’s DEAD!”

Likewise, it’s hard not to smile as she enumerates a list of wrongs, “I got a list of names, and yours is in red underlined / I check it once, then I check twice.”

She may now be better clued in to the wicked ways of the world of adulthood, but it doesn’t mean she can’t still believe in optimism.

And let it not be lost on anyone that whatever else may be evolving in her world, Taylor Swift is still keeping close tabs on who’s naughty, and who’s nice.