Q&A: A founder of Black Lives Matter answers a question on many minds: Where did it go? 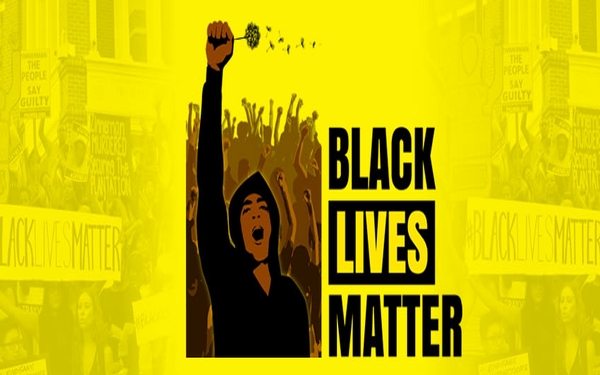 To supporters, it is a respectable civil rights movement. To critics, it’s an anti-police organization that deserves to be banned.

Since then, the organization founded by Alicia Garza, Patrisse Cullors and Opal Tometi has been on the front lines of protests against what it calls “the sustained and increasingly visible violence against black communities.”

While its prominence appears to have waned in recent months, Cullors, 32, a native of Van Nuys who lives in Los Angeles, insisted that the movement is today more relevant than ever.

It has swelled to 40 chapters, including branches in Canada and Britain. In November, the group will receive the Sydney Peace Prize, Australia’s leading award for peacemakers.

Cullors, who is writing a memoir, recently shared reflections on the state of Black Lives Matter and its future. Her comments have been edited for length and clarity.

Does Black Lives Matter even matter today?  I think Black Lives Matter is very relevant today, especially given the rise of white supremacists and white nationalists across not just this country but across the globe. And so our work over the last four years has been putting anti-black racism on the map, talking about the impact anti-black racism has on this country, has on local government, has on policy and how it actually impacts the everyday life of black people.

How do you characterize the impact and influence you’ve had?  As organizers, we have to think every day are we making an impact. Are we changing the material conditions for black people? I think, yes, we’ve had an impact. I think part of what we’re seeing in the rise of white nationalism is their response to Black Lives Matter, their response to an ever-increasing fight for equal rights, for civil rights and for human rights.

Left-wing groups accuse BLM of not being visible enough under President Donald Trump. Are they right?  I would actually challenge the media, because the media has in large part focused primarily on Trump and his administration. And so, as our folks have continued to organize locally, have continued to not just hit the streets, many of our people are thinking about how to enact a political strategy. How do we build black power in this moment? How do we actually get people in office?

It’s not a hashtag that built the movement. It was organizers, activists, educators, artists — people who built an actual infrastructure so that a movement can exist and have life. And if the media was interested in the everyday strategy they would know that Black Lives Matter is not just still here, but that it’s thriving and it’s doing some of its best work in this moment.

Trump has called BLM a threat. Is the door open to talk to him?  It’s not. And we wouldn’t take the invitation.

Why not?  We wouldn’t as a movement take a seat at the table with Trump, because we wouldn’t have done that with Hitler. Trump is literally the epitome of evil, all the evils of this country — be it racism, capitalism, sexism, homophobia.

He has set out some of the most dangerous policies, not just that impacts this country but impacts the globe. And so for us, the answer is not to sit with him but to resist him and to resist every single policy that he’s implemented that impacts our communities.

And … if I’m thinking about what I want my children to know in 30, 40, 50 years, I want them to know that I resisted a president at all costs, because this president literally tried to kill our communities, and is killing our communities.

So then how does your activism have to change?  Some things don’t change. I don’t want to act like if we have Hillary Clinton in office everything would be different. No.

The first thing that Black Lives Matter had to do was remind people that racism existed in this country, because when we had Obama people thought we were post-racial. That was the debate. Is racism over? And very quickly we understood that it was not over. And then the second one was to talk about anti-black racism. And then I think the next step for Black Lives Matter was to decide, “What was our target?”

And I want to be frank. I think our target has been law enforcement, and that has been important because black folks not only are killed with impunity, but also black folks are some of the most marginalized and vulnerable communities in this country. We believe if we can actually get real accountability in this country around mass criminalization, we could start to change the other apparatuses inside this country.

What kind of influence do you want to have on policing?  I want to see Black Lives Matter be able to ultimately reduce law enforcement funding.

People often ask the question, why reduce their funding? Because they’re the one industry in our nation, and locally in particular, that is given more money than education or access to education, resources to shelter, resources to people to have access to healthy food. Over the last 30, 40 years what we’ve seen is the pouring of millions of dollars into law enforcement and literally divesting from communities, especially poor communities. And so our argument is … they can start divesting from law enforcement and reinvesting into our communities.

But the second thing I’ll say is (civil rights leader Dr. Martin Luther King Jr.) had some of the lowest acceptance rates during his time — him and the civil rights movement. And look at us now. Look at how important of a figure he was.

What happened in Charlottesville shouldn’t have happened. Many folks that were on the ground said the police were not helpful at all. And yet when Black Lives Matter hits the streets, when we are nonviolent, we’re the first ones to be snatched up by police. We’re the first ones to be beaten by police. So while I think our movement should stick to nonviolent direct action, I do think the government should do a better job at defending us and defending protesters in particular.

Is that something that interests you?  People have asked me to really think about taking elected office. At this moment, I feel I’m more effective on the ground. I’m not interested in elected office at this moment. But who knows?