The essential cookbooks to send to school with your kid 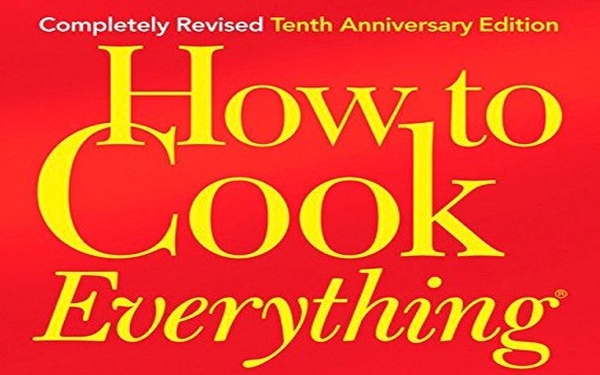 If you have kids and appreciate cooking, cookbooks and the idea that your offspring might creditably cook their own meals someday, their bookshelves will likely include some cookbook juvenilia. Alice Waters’ “Fanny at Chez Panisse: A Child’s Restaurant Adventures With 46 Recipes,” say, or Mollie Katzen’s “Pretend Soup and Other Real Recipes: A Cookbook for Preschoolers & Up.” Depending on your tastes, and those of your kid, you may have tried “The Unofficial Harry Potter Cookbook,” or to backtrack, “My Very First Book of Food,” or even “American Girl Baking.”

You may have bestowed the stacks, hoping that the bug to cook would take hold like the one to read, the culinary equivalent of giving copies of Madeleine L’Engle or Charlotte Brontë. Likely, you and your children cooked as you read these early cookbooks, spattering the pages with sauce or blowing snowstorms of flour as you went. I once stayed up until 2 a.m. with my daughters while they made the eclairs from James Peterson’s “Baking,” after they refused to wait until morning when the real bakery opened and I refused to make them myself.

Start with two cookbooks like encyclopedias, cookbooks that could jump-start the kitchen of the post-apocalyptic world: Irma S. Rombauer’s classic “Joy of Cooking” and our modern, slightly more irreverent version, Mark Bittman’s “How to Cook Everything.” Both are out in revised versions, each about 1,000 pages and jammed with helpful bits about nutrition and entertaining, knife skills and menu-planning.

The point of both books is that they’re like survivalist pamphlets, made to work without Mom or Dad having to come into the kitchen to “help.” They’re also inherently adjustable, as useful for intricate recipes as very basic skills. How to cut an onion? Sure. How to carve a standing rib roast or bake French baguettes? Got those too.

After the dictionaries, then the literary canon, which you’ll want to tailor to your kid’s tastes and circumstances. (Your Dostoevsky, her James Baldwin.) I sent my daughter to school with Judy Rodgers’ “The Zuni Cafe Cookbook,” Waters’ “The Art of Simple Food” and Alton Brown’s “I’m Just Here for the Food” because she’s a chemistry major at UC Berkeley and I figured the first two were local inspiration and the third would remind her that cooking is really just a chemistry experiment. Also, all three are accessible, useful — and, perhaps most important, not boring. When I went to college, I took Maida Heatter’s “Book of Great Desserts” because, at the time, I didn’t cook anything that did not contain chocolate.

What else goes into the care package: Julia Child, of course. Not only is “Mastering the Art of French Cooking” about as canonical as it gets, but it’s a lot more utilitarian than the title suggests. Sure, there are recipes for foie de veau a la moutarde and stuff in aspic, but there are also illustrated instructions on how to truss a chicken, roll out dough, and “slice round objects.” It’s also a great excuse to send your kid links to all those YouTube videos of Child laughing and dropping things on the floor.

So why load your kid up with something as Victorian as a stack of books in the first place? Because this is the same kid who binge-watches “Game of Thrones” on her iPhone instead of operating an actual television. Because for every Martha Stewart recipe (tested, color-coordinated) your search engine generates, there will be far more from who-knows-where, their reliability as obscure as their origins. Because Wikipedia is not an academically responsible source either.

There are other classics you might consider. Richard Olney’s “Simple French Food,” for one, which is a more prosaic approach. The beloved expat cooking teacher’s description of how to make scrambled eggs is like reading a short story. Your kid could stop there, or proceed to an apple tart, or continue on to frog ravioli — or not. It’s like including some Raymond Carver along with the Tolstoy.

You might send along Peterson’s “Essentials of Cooking,” which is a bit more pragmatic than his enormous book on baking, although it depends on your kid’s level of obsession with reruns of “The Great British Baking Show.” If your progeny’s tastes run less to the Western canon and more, say, to current global culinary tastes, maybe switch out Child and Olney for Claudia Roden and Yotam Ottolenghi. If Mexican cooking, then Diana Kennedy. If Indian cooking, then Madhur Jaffrey.

Of course, all these cookbooks may very well be languishing in my daughter’s college kitchen, closed, under linear algebra textbooks and boxes of Top Ramen. Or she may be cooking dinner right now, for herself, for her roommates. It’s her library, her kitchen, and she can open it forever.