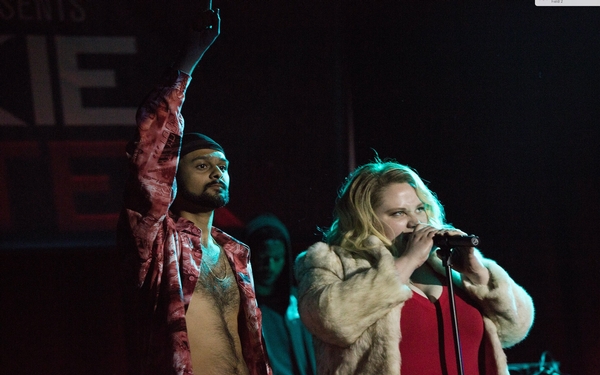 Film distributors are a lot like nature and pack rats: They abhor a vacuum.

August used to be the dog days of cinema. It was a hot and distracted time. Many moviegoers were on vacation. Critics too. Why release a movie that has any kind of ambition at such a time?

So the month’s film calendar usually looked something like this: a couple of high-profile studio movies early in the month, which then petered out into some lower-end genre or action movies later. Works of any prestige value, like the kind that come to Sundance, couldn’t be found in abundance.

But that’s not the case this year. This August has been a strange time for so many reasons and cinema, it turns out, is no exception. The period from the last week of July through this last week of August has seen the commercial debut of more than a dozen movies that premiered at the January prestige gathering that is the Sundance Film Festival. A (nonexhaustive) sample:

That’s a significant increase over just last year, when just a handful of Sundance movies came out in the period (“Indignation,” “Southside With You,” “Gleason,” “The Hollars,” for example). Compared with a few years ago, it’s a notable uptick. And compared with earlier this decade, it’s a downright explosion.

I asked a few distribution executives for their theories about the surge. They point to a number of factors. One is the simple notion that more Sundance movies are getting distribution deals than in previous eras. In addition to longstanding players like Fox Searchlight and the Weinstein Co., there are upstarts like Neon and FilmRise — and the increased appetites of disruptors such as Amazon, Netflix and A24.

The more significant factor is that all these distributors, new and old, have seen the demolition derby that fall traditionally brings. With the major studios (somewhat) back in the autumnal awards game, there’s simply less space then for these kinds of movies. Enter August, one of the few periods Big Hollywood has mostly left alone. As one executive I talked to said, “When we see an opening we’re going to take it. And the fall will crush you.”

The problem is, the summer crushes you too.

Nearly all these movies are having a rough go of it. Just one has had a modicum of success — “Wind River,” which is just under $10 million following an ambitious expansion to more than 2,000 screens this past weekend.

One of the biggest buys out of Sundance was “Patti Cakes,” which had a ton of commercial buzz at the festival. Fox Searchlight paid a pretty penny for the rights. Yet the Aug. 18 opening weekend of its limited release on 14 screens — the kind of release that should yield a hefty per-screen average — saw it unable to eke out $5,000 per screen. This past weekend shaped up similarly, with the movie not reaching even $2,000 per screen as it expanded to nearly 60 locations.

The future isn’t bright for many of the others, which have failed to reach $2 million in box office. “Ingrid Goes West,” which had a decent limited release, stumbled in its widening this past weekend: the film grossed just $800,000 as it moved to nearly 700 theaters. “Brigsby Bear” has been out five weeks and has yet to reach $500,000.

One of the biggest successes is “An Inconvenient Sequel” — it’s just over $3 million in box office. Still, could that number have gone higher? The original “Inconvenient Truth” got to $24 million — a blockbuster figure for a documentary. It had a May release, which put it in competition with franchise titles like “The Da Vinci Code” and “X-Men: The Last Stand.” Could a different date have pushed the sequel to the heights of the original? Or at least $8 million or $10 million?

Part of the problem is that the big June-July studio movies are, well, bigger than the June-July pictures of a decade ago — higher budgets, more marketing — so the indies are more reluctant to take them on. Understandable, but should going up against “Baywatch” or “Pirates of the Caribbean: Dead Men Tell No Tales” really be all that frightening?

And the alternative is worse. The simple fact is, August isn’t a time when film audiences are in the mind-set to seek out upscale independent films, at least not in the numbers to support a dozen or more such releases. Movie releasing, particularly in the specialty world, is like kids playing soccer. The ball moves somewhere, everyone chases it, and nobody scores. (The most successful of the 2017 Sundance acquisitions to date, incidentally, is “The Big Sick,” at nearly $40 million. It came out in June.)

There’s no easy solution for these Sundance babies. Many are, indeed, too small to weather May or June. But a few more early-spring releases, a few more early-summer releases, a few more fall releases may benefit everyone, if only for the simple reason that these movies get out of each other’s way. (Distributors could also wait out the fall entirely and go after the new year — after the next Sundance. But then movies start to look like stale bread. And filmmakers, who have more leverage now that there are more buyers, would rather look like they’ve come right out of the oven.)

These are niche Sundance movies, no question. For all the hype in the acquisition market, the festival brings far more “Hamlet 2” types than “Little Miss Sunshine” types. But many of these 2017 acquisitions are strong works of cinema. The good news is that with the advent of streamers and other buyers, they’re finding homes. The bad news is no one is coming to visit.