28 shows to watch this fall 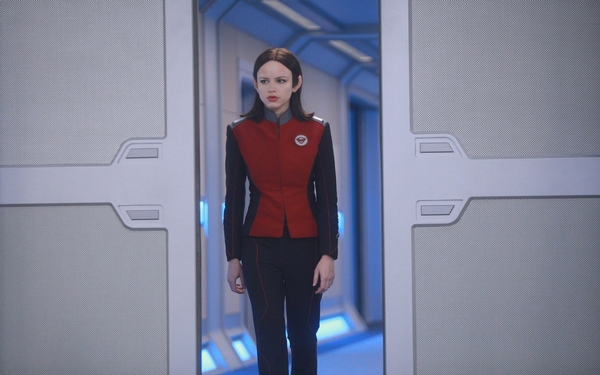 Television’s more than ever a year-round business, but fall is still a time to be overwhelmed by the sheer number of shows competing for our attention.

Among them: three new network shows focused on the members of elite military units, two enterprising shows set on starships, one prequel to a hit comedy that’s like nothing its creator has done before, and 18 hours revisiting all sides of a divisive war decades in the past whose stories and hard-won lessons still resonate today.

Will this season bring another hit like “This Is Us” or “Empire” to challenge the notion that broadcast TV is dead? Will HBO be able to hold on to the viewers who signed on only for “Game of Thrones” with a series like its engrossing but decidedly dragon-free “The Deuce”? And will fans of CBS’s “The Big Bang Theory” fall for “Young Sheldon”?

(Answers: Maybe. Probably not. Boy, I hope so.)

Here, based on dozens of hours of screening — or in a few cases, cockeyed optimism — are some of the most promising series, new and returning:

“Outlander” (8 p.m. Sunday, Starz). The eagerly awaited third season of the time-travel series may be my favorite yet. Though it begins with lovers Claire (Caitriona Balfe) and Jamie (Sam Heughan) far apart in both space and time, believing they’ve lost each other forever, it brings them to a period in their lives — middle age — that TV doesn’t usually invest with as much romance as this series does.

“The Orville” (9 p.m. Sunday, Fox, moving to 9 p.m. Thursdays on Sept. 28). “Family Guy” creator Seth MacFarlane has made a lot of money for Fox, and no expense seems to have been spared in designing and outfitting the starship of his dreams for this sci-fi series in which he’s both executive producer and star. An homage to the original “Star Trek,” but with better production values, it moves, not always seamlessly, between broad comedy and thought-provoking drama. As the crew of the Orville explores new worlds, its captain (MacFarlane) revisits old wounds: Adrianne Palicki (“Friday Night Lights”) plays the ship’s new first officer, who also happens to be the captain’s ex-wife.

“The Deuce” (9 p.m. Sunday, HBO). From George Pelecanos and David Simon (“The Wire,” “Treme”) comes a flashback to the ‘70s and the gritty beginnings of the modern porn industry in New York. James Franco plays twins — based on real-life brothers who worked as fronts for the Gambino crime family — and Maggie Gyllenhaal an entrepreneurial hooker who’s quick to recognize an opportunity to move beyond the streets. Fans of “The Wire” will see familiar faces, including Lawrence Gilliard Jr. as a cop whose territory includes the stretch of 42nd Street nicknamed “The Deuce,” Gbenga Akinnagbe as a pimp, and Chris Bauer as Franco’s characters’ brother-in-law.

“Top of the Lake: China Girl” (9 p.m. Sunday, Monday, Tuesday, SundanceTV). Elisabeth Moss (“The Handmaid’s Tale,” “Mad Men”) returns as Aussie detective Robin Griffin, who’s back in Sydney trying to rebuild her life, and her career, after the events of the first, New Zealand-based season of the Jane Campion drama. “Game of Thrones” fans won’t want to miss Gwendoline Christie — Brienne of Tarth! — as an officer who looks up (figuratively, anyway) to Robin as the two investigate the murder of a young woman. Nicole Kidman appears as a woman tied to Robin’s past. With all six episodes playing out over three nights, you won’t need to wait forever for answers.

“Broad City” (10:30 p.m. Wednesday, Comedy Central). The fourth-season premiere of the comedy created by, and starring, Ilana Glazer and Wayne’s Abbi Jacobson flashes back to 2011 to show us how their characters met.

“The Vietnam War” (8 p.m. Sept. 17-21, 24-28, PBS). Directors Ken Burns and Lynn Novick — the team behind “Baseball” and “The War” — undertake an 18-hour examination of the divisive conflict in Southeast Asia through the stories of those who were there — including the Vietnamese from both the North and South — in a series that’s full of the surprises only time and perspective can yield. If the wall-to-wall rollout intimidates — it’s a lot to take in at once — you can see it in weekly installments at 9 p.m. Tuesdays starting Oct. 3.

“Star Trek: Discovery” (8:30 p.m. Sept. 24, CBS and CBS All Access). The second original series for CBS’s streaming channel will get a one-episode airing on the broadcast network before going where no Star Trek TV show has gone before — to a subscription platform. I still haven’t seen more than a trailer, so I can’t say yet whether it’s worth signing up. Stay tuned.

“Young Sheldon” (8:30 p.m. Sept. 25 for premiere, launching in regular time slot at 8:30 p.m. Nov. 2). Jim Parsons narrates and is a producer on this charming, though not necessarily laugh-a-minute, prequel to “The Big Bang Theory,” which brings a “Wonder Years” vibe to the east-Texas childhood of Parsons’ Sheldon Cooper, played by Iain Armitage (Big Little Lies). Laurie Metcalf’s actress daughter Zoe Perry, who plays Sheldon’s mother, is eerily good as a younger version of her mother’s Big Bang character, doing her best to help her genius 9-year-old fit in — or at least remain safe — as he enters ninth grade with his older brother.

“Me, Myself & I” (9:30 p.m. Sept. 25, CBS). If you can get past the peculiarity of casting John Larroquette as an older version of a character played by “Saturday Night Live’s” considerably shorter Bobby Moynihan — a difference the show will be working to minimize — this comedy about an inventor at three pivotal stages of his life is worth a look. Think “This Is Us,” but with maybe less crying.

“The Good Doctor” (10 p.m. Sept. 25, ABC). New medical drama from “House” creator David Shore stars Freddie Highmore (“Bates Motel”) as a surgical resident with autism and savant syndrome; Richard Schiff (“The West Wing”) as the mentor trying to make his colleagues focus on the young doctor’s abilities, not his disabilities; and Hill Harper as a physician who has his doubts. Adapted from a South Korean series, its executive producers include Daniel Dae Kim, late of “Hawaii Five-0.”

“The Brave” (10 p.m. Sept. 25, NBC). Mike Vogel (“Under the Dome”) stars as the leader of a special-ops squad in the first of the fall’s new military dramas to premiere. Anne Heche (“Men in Trees”) plays the deputy director of the agency overseeing the squad’s international activities. One way to tell this one apart from the other dramas about elite military teams: It appears to be less interested in the squad members’ home lives.

“Law & Order True Crime: The Menendez Murders” (10 p.m. Sept. 26, NBC). In a departure for the “L&O” franchise, which usually rewrites and changes the names in the headlines it’s ripping from, Edie Falco (“Nurse Jackie,” “The Sopranos”) stars as defense attorney Leslie Abramson in an eight-part treatment of the case of Erik and Lyle Menendez, convicted in the 1989 murders of their parents at their Beverly Hills mansion.

“Empire” (8 p.m. Sept. 27, Fox) and “Star” (9 p.m. Sept. 27, Fox). Lee Daniels takes over Fox’s Wednesdays this fall, as the network moves his established hit an hour earlier to give his girl-group show the strongest possible lead-in.

“SEAL Team” (9 p.m. Sept. 27, CBS). David Boreanaz, the “Bones” and “Angel” vet stars as a leader of Tier One Navy SEALs — the elite of the elite — in a drama that encompasses both the team’s missions and its members’ complicated home lives.

“Will & Grace” (9 p.m. Sept. 28, NBC). Forget the fast-forward from the 2006 finale, which co-creator David Kohan has now declared “more or less a fantasy”: Will (Eric McCormack), Grace (Debra Messing), Jack (Sean Hayes), and Karen (Megan Mullally) are back together, and not just for this season’s 16 episodes. NBC, confident we won’t want to let them go again, has ordered a second (or, if you prefer, 10th) season of the once-groundbreaking comedy about a gay man and his best friend, together navigating single lives in New York.

“Ghosted” (8:30 p.m. Oct. 1, Fox). Comedy stars Craig Robinson (“The Office”) and Adam Scott (“Parks and Recreation”) as odd-couple investigators of the paranormal whose work could determine “the fate of the entire planet.” More fun than that sounds.

“Ten Days in the Valley” (10 p.m. Oct. 1, ABC). Kyra Sedgwick (“The Closer”) stars as a TV producer and single mother whose young daughter’s abduction exposes all kinds of secrets. After her case-of-the-week TNT drama, Sedgwick says, “I was interested in doing a show where I’m not solving a mystery. I am a mystery.”

“Curb Your Enthusiasm” (10 p.m. Oct. 1, HBO). Will, Grace, Jack, and Karen aren’t the only ones who took a long break between their eighth and ninth seasons. Larry David, whose semi-scripted comedy hasn’t had a new episode since 2011, is back, too, along with regulars Jeff Garlin, Susie Essman and JB Smoove. Let the kvetching begin.

“Valor” (9 p.m. Oct. 9, CW). The third, and possibly the soapiest, of the season’s dramas to focus on elite military types, this one involves U.S. Army helicopter pilots and stars Christina Ochoa as one of her unit’s first female pilots and Matt Barr as the superior officer with whom she shares some dangerous secrets.

“S.W.A.T.” (10 p.m. Nov. 2, CBS). I’ve no memory, affectionate or otherwise, of the 1970s series, or the film. But this version, starring Shemar Moore (“Criminal Minds”) as the new leader of a tactical police unit in Los Angeles, is more thoughtful than I’d expected (though no less action-packed).

“9JKL” (8:30 p.m. Oct. 2, CBS). Inspired by star Mark Feuerstein’s experiences living adjacent to his parents and other family in a Manhattan apartment building, this half-hour boasts strong supporting players — including Linda Lavin, Elliott Gould, Liza Lapira, and David Walton — who, along with Feuerstein, are the reasons I’m inclined to hang in past the so-so pilot.

“The Gifted” (9 p.m. Oct. 2, Fox). Marvel may be everywhere, but not everything it has is marvelous (the cartoonishly bad pilot for “Marvel’s Inhumans” on ABC, for instance). This one, set in the X-Men universe, isn’t up to the standards of Netflix’s “Jessica Jones” or “Luke Cage,” but it’s a solidly suspenseful family drama starring Stephen Moyer (“True Blood”) and Amy Acker (“Person of Interest,” “Dollhouse”) as parents forced to take their family on the run after their children (Natalie Alyn Lind and Percy Hynes White) develop mutant powers.

“The Mayor” (9:30 p.m. Oct. 3, ABC). What if someone ran for public office to boost his celebrity and then unexpectedly won? Brandon Micheal Hall stars as a young rapper who does just that, and then, with the help of his mother (Yvette Nicole Brown, “Community”), and his opponent’s manager (“Glee’s” Lea Michele) is pushed into trying to become the leader his city deserves.

“Kevin (Probably) Saves the World” (10 p.m. Oct. 3, ABC). Jason Ritter (“Parenthood”) stars as Kevin, a man who’s lived a selfish life that’s about to be transformed by the arrival of a messenger from God named Yvette (Kimberly Hébert Gregory). JoAnna Garcia Swisher plays Kevin’s twin sister, Amy, a widowed college professor who takes him in after he tries suicide, and Chloe East is her daughter, Reese, who doesn’t exactly greet her long-absent uncle with open arms. It’s a terrible title, but when the clever creators of “Reaper” — whose major characters included the Devil — turn toward the light, it’s worth a look.

“Stranger Things” (Oct. 27, Netflix). Just in time for Halloween, the boys, their friend Eleven (Millie Bobby Brown), and Winona Ryder are all back for nine episodes of supernatural ‘80s scariness.

“The Crown” (Dec. 8, Netflix). One of 2016’s best dramas returns, with the second season promising to explore problems in the early years of the marriage of Queen Elizabeth II (Claire Foy) and Prince Philip (Matt Smith).