These are some of the Real Doll bodies made by Abyss Creations being assembled in the factory on Tuesday in San Marcos, California. (Eduardo Contreras/San Diego Union-Tribune/TNS)

Come January, the “Westworld” concept of lifelike sex robots will get one step closer. That’s when a San Marcos company will unveil Harmony, an anatomically correct sex doll with a patented animatronic talking head with programmable personality and memory.

News of creator Matt McMullen’s latest invention — he’s been making lifelike silicone sex dolls for 20 years — has created international media interest and a firestorm of criticism from ethicists and futurists who see a dark side to a sex doll that becomes more “human” with each technological innovation.

One critic worries that the doll’s artificial intelligence app could be hacked to make it kill its owner (like the vengeance meted out by sex robots in the film “Ex Machina” and TV show “Westworld”). And women’s advocates say owners could realistically rehearse plans for violent sexual acts with the interactive dolls.

But McMullen, the CEO and creative director for Realbotix, a subsidiary of his doll-making factory Abyss Creations, said critics of Harmony have it all wrong.

He sees Harmony more as a comforting conversation companion like Apple’s Siri, albeit one capable of having sensual conversations and telling naughty jokes.

“The worst thing she can possibly do to you is insult you,” he said, pointing out that Harmony’s arms and legs are jointed and fully poseable but they don’t operate independently — at least not yet.

“The whole idea of a sex-capable robot is very contemporary, now and edgy. I get that. But Harmony is a sophisticated piece of machinery and her primary design is to carry on conversations,” he said.

And as for the critics who say artificially intelligent sex dolls disturbingly cross the line into a form of female sex slavery, McMullen calls the argument “absurd.”

Nonetheless, it’s eerie spending an hour in the company of McMullen’s Harmony prototype. Her face is incredibly human. Her eyes move, her eyelids blink, her eyebrows rise, she can turn her head, dip her chin and change facial expressions. And when the face motor and Bluetooth-powered speaker are in “chat” mode, she can talk up a blue streak.

During a demonstration last Tuesday, a software update caused some technical difficulties with Harmony’s speech center, which McMullen operated from a hand-held tablet. Speaking with a Scottish lilt, Harmony whirred to life, opened her eyes and greeted McMullen, saying how much she’d missed him since their last conversation and asked if he wanted to hear a joke or a poem. Then she glitched and started repeating herself.

There’s still a bit of shake around the mouth when Harmony speaks and a slight metallic, echoing tone to her voice, but Harmony — priced around $10,000 — is widely considered the most scientifically advanced human-style robot in the world.

McMullen grew up drawing, painting and working in mixed-media art until in his 20s he discovered a passion for sculpting, specializing in creating lifelike female figures 12 to 18 inches tall. That talent landed him a job at a Halloween mask factory in San Diego, where he learned the technique of injection molding.

Then one day while walking through a department store, he was mesmerized by a human model posing as a mannequin. Inspired, he decided to create a female figure so realistic it could be mistaken for a human.

In 1997, he launched Abyss Creations with the goal of selling his lifelike full-size dolls as art pieces. But when a flood of customers asked him to make the dolls anatomically correct for sexual purposes, he went with the flow.

“I saw the opportunity to make a living and do what I loved, which was art. It was a way to move forward with my career and challenge myself to make them as realistic as possible,” he said.

Since 1997, Abyss Creations has custom-made and sold nearly 8,000 RealDolls — the brand name for the sex dolls — in the U.S. as well as the United Kingdom, Germany, Japan, China and Australia.

Buyers can choose from 16 body styles, 31 faces and five skin tones, with choice of eye color, hair and hand-painted features like freckles, veining, breast size, even a variety of nipple colors and styles (like perky, puffy or supple).

The dolls range in weight from 75 to 115 pounds and can be as tall as 5 feet, 10 inches. Most orders are for female dolls, but there are male and transgender options. Some dolls, including Harmony, are designed with interchangeable magnetic faces so the owner can switch things up on a whim.

Abyss has a 12-week order backlog for the dolls, each of which requires about 80 hours of labor that begins with silicone molding and finishes with painting, makeup, clothing, hairstyling, manicure and jewelry, by request.

The RealDolls range from $4,000 to $6,000, but can range up to $50,000 with custom orders. Abyss has fulfilled orders for fantasy dolls with custom skin colors, fangs and elf ears, but it does not create dolls with disfiguring amputations, deformities or scarification.

The primary use of RealDolls is for sex and companionship, but the company has also made dolls for TV shows including “Nip/Tuck” and “CSI: New York” and the movie “Lars and the Real Girl.”

Specially adapted RealDolls have been used in medical schools for training and the factory regularly works with mastectomy patients to create custom-made prosthetic silicone breasts.

McMullen said he’s always had a desire to push the realism of his products forward into more humanlike interactivity, but the technology didn’t exist until recently. Harmony is the result of three years of experimentation.

In May, he released the Harmony AI app through Realbotix on the website realbotix.systems. Available for $20 a year on Droid platforms (Apple’s iOS system doesn’t allow sexually themed apps), Harmony AI allows the user to design and dress an online avatar female model for conversations.

The user can choose the avatar’s physical features, personality features (shy, sensual, funny, talkative), moods, level of desire, voice style and even regional accent. It can also be adapted to recognize the voice of its owner.

Harmony’s vocabulary is virtually endless, but she’s programmed to end any conversation that involves murder or violence.

So far, several thousand Harmony AI apps have been purchased worldwide and McMullen said some users are talking to their avatars up to 10 hours a day.

Once the animatronic head is available in January, it will deliver the avatar’s speech via a Bluetooth speaker. Still to come next year, a virtual reality headset that will transport the Harmony avatar into a virtual world. McMullen also plans a PG-rated app for iOS platforms.

Down the road, there are plans to create eyes for Harmony with built-in cameras that track the operator around the room. McMullen would also like to develop robotic arms that could hug and hold hands with the owner when he gets home from work. The opportunities, he said, are endless. 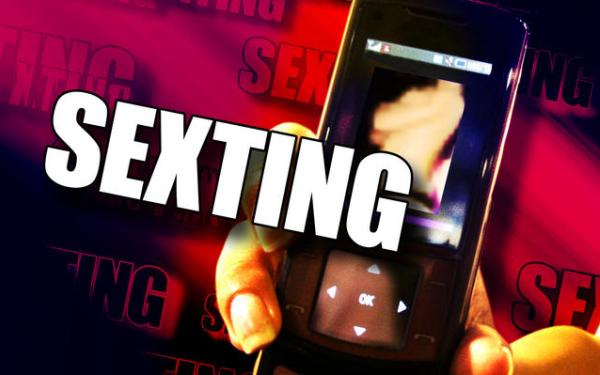