Sunday was the most bizarre in NFL history 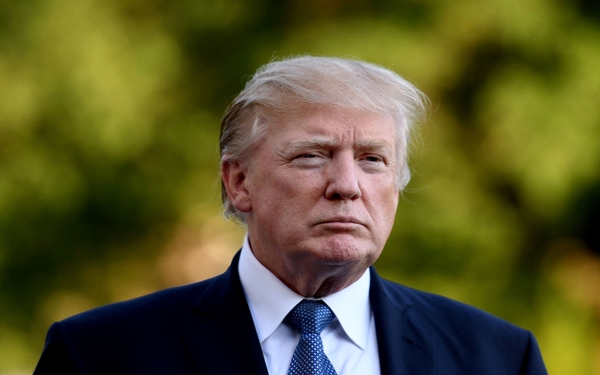 At Soldier Field, which was named in 1925 in honor of America’s fallen heroes, the Steelers refused to come out for the national anthem.

In Philadelphia, New York Giants wide receiver Odell Beckham Jr. brought back memories of Tommie Smith and John Carlos from the 1968 Olympics by raising his right fist after his second touchdown against the Eagles.

In New England, fans loudly booed those many members of the defending Super Bowl champion Patriots who took a knee during the anthem, apparently with Bill Belichick’s blessing.

In Buffalo, Denver Broncos defensive end Derek Wolfe told ESPN that if NFL players don’t love this country and what it stands for, they should leave. “A lot worse places in the world to call home,” he said.

In Nashville, where the Seattle Seahawks also didn’t come out for the anthem, the players released the following statement: “We will not stand for the injustice that has plagued people of color in this country. We remain committed in continuing to work toward equality and justice for all.”

In New Jersey, Miami Dolphins players wore IMWITHKAP T-shirts in in warmups before their game against the New York Jets.

In New Orleans, a restaurant turned off its televisions and wouldn’t show the Saints game because it was offended some Saints players knelt during the anthem before their game at Carolina. “We apologize for any convenience this may cause,” WOW Cafe and Wingery told its patrons.

Welcome to the most bizarre Sunday in NFL history.

Mike Tomlin described it with just one word that is edited here in the name of decency.

Tomlin was visibly upset after the Steelers’ 23-17 overtime loss to the Chicago Bears — and not just because his team played another awful road game against an opponent that was a heavy underdog. He was emotional because he believed his players and all players around the NFL were backed into a corner by President Donald Trump’s comments over the weekend at a rally in Alabama and on Twitter that players should be fired if they refuse to stand for the anthem as a form of protest against racial injustice. Of course, that led to many more players sitting or kneeling Sunday during the anthem. It actually started Saturday night when Oakland Athletics rookie catcher Bruce Maxwell became the first baseball player to kneel.

“I didn’t appreciate our football team being dragged into politics this weekend,” Tomlin said. “These are divisive times in the United States, and it’s a shame.”

The Steelers players were divided to the point a players only meeting was called Saturday night. Emotional? “You have no idea,” Ramon Foster said. Ben Roethlisberger said he was so upset after the meeting that he didn’t sleep well Saturday night. Some players wanted to kneel during the anthem, which would have been a first for the team. Others wanted to stand. In the end, the team decided to remain in the tunnel after emerging from their locker room. Only Al Villanueva, a war hero who served three tours in Afghanistan, was seen at the front edge of the tunnel, right hand over his heart and mouthing the anthem’s words. He left the locker room quickly after the loss and was not available for comment.

“It’s different for him,” Foster said. “We didn’t force him. He didn’t judge us.”

“The big thing is that we remain united,” Tomlin said, although he, somewhat hypercritically, was on the sideline during the anthem with coaches Todd Haley, Mike Munchak and James Saxon. “My contention was that we not allow politics to divide us.”

I’m wondering how the Broncos are responding to Wolfe’s position.

“It seems like we’re arguing the wrong things here,” David DeCastro said. “I think everyone in America can agree on patriotism and guys fighting for the flag. Obviously, there are some things going on with racism that everyone probably agrees on. Everyone agrees on everything but using the anthem just divides everybody. I wish there was a better way.”

Sports is the one place — maybe the only place — where racism is not tolerated. Sure, there are a few Riley Coopers out there, white players who don’t like blacks. I’m sure there also are black players who don’t like whites. But in most cases, teammates just want to win regardless of their teammates’ color, ethnicity or sexual orientation.

Golden State Warriors coach Steve Kerr spoke eloquently on the subject with Sports Illustrated. On Saturday, President Trump rescinded an offer for the NBA champion Warriors to attend a White House ceremony, prompting face-of-the-NBA LeBron James to tweet to the president, “U bum … Going to the White House was a great honor until you showed up!”

That was fairly typical of the NFL’s reaction to President Trump’s comments. Too many players, coaches and owners spoke out against him to mention everybody here. Art Rooney II, after first deferring to Roger Goodell to speak for the league, said in a statement supporting his players, “I hope that eventually we will come together as a nation to respect the diverse opinions that exist and work together to make our communities better for our citizens.”

Kerr’s message to the president was impactful. To paraphrase: You represent all of us. Don’t divide us. Bring us together.

The surreal day wouldn’t have been complete without an unlikely group jumping into the fray. It turned out to be the Penguins, who released a statement saying they still planned on attending a White House ceremony in honor of their Stanley Cup championship out of respect for the office. They are right. It is an honor to go to the White House. Respect the office of the president if not the man himself.

The night concluded with the NFL asking for unity during the game between Oakland and Washington. Its television commercial was called “Inside These Lines.” It ended with the outline of the United States on a football field.

“Inside these lines can bring out the best in all of us,” the NFL’s message said.

Not on this Sunday.

Maybe not next Sunday or the Sunday after.

“I don’t know what else is next,” Foster said, his sadness palpable.

Football
NFC preview: How the Eagles stack up against the rest of the conference
786 views

Football
Austin Proehl, hopes to join his father with a Super Bowl ring, helps out by playing role of Edelman
1,662 views