‘Blade Runner 2049’ is a wondrous spectacle 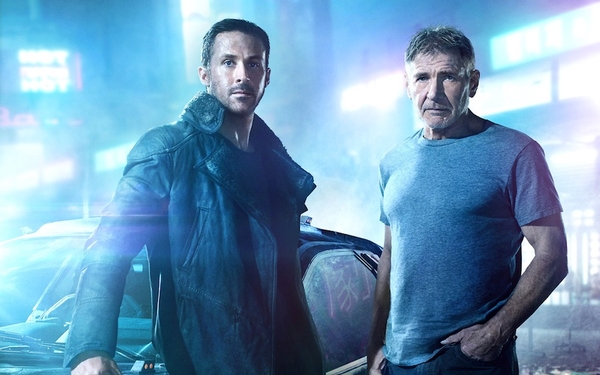 Filmmaker Denis Villeneuve has taken on the herculean task of directing the sequel to Ridley Scott’s 1982 sci-fi classic “Blade Runner,” a feat that seems nearly impossible to pull off, considering the reverence with which fans hold the original, one of the most unique and influential pieces of sci-fi cinema. Villeneuve’s film, “Blade Runner 2049,” is a remarkable achievement, a film that feels distinctly auteurist, yet also cut from the very same cloth as Scott’s film.

This epic riff on the styles, themes and characters of “Blade Runner” expand the scope and story of this world. Written by original screenwriter Hampton Fancher and Michael Green, “2049” is a meditative and moving film, sumptuously photographed by legendary cinematographer Roger Deakins in the finest and most astonishing work of his career. He paints with light and shadow, creating a wonderfully tactile sense of space and texture, using a palette of slate, cerulean and marigold. The aesthetic is subdued, yet thrilling. The score by Benjamin Wallfisch and Hans Zimmer, sounding like rumbling engines and blaring sirens, simultaneously lulls and agitates.

To belabor story details is to miss the bigger picture of “Blade Runner 2049.” The style is rich, the themes are complex, but the story is a simple, classically cinematic tale. A man is faced with an existential quandary through which he reckons with his own soul and identity in the face of incredible dehumanization.

As LAPD officer K, searching out illegal replicants, Ryan Gosling is perfectly cast as a successor to Deckard (Harrison Ford). His nonchalance reflects the emotionally remote environment, the uneasy, distrustful daily existence in this dystopian, isolated future. He is riveting when K’s spirit tries to break through the studiously placid surface. Sylvia Hoeks stuns as Luv, a character who seems to be a reference to Sean Young’s Rachael, just a whole lot tougher.

This is a dark future that feels all too plausible. Nothing is sleek and shiny, but worn and faded. K wears comfortable knits under his avant-garde top coat. He conducts his detective work the old-fashioned way, through card catalogs and micro-film — a blackout wiped out digital records, so this modernist world has become analog again. It’s just different enough, but the drone warfare, dumpster bandits, child labor, and sex robots are all simply extensions of things that already exist.

“2049” is a wondrous spectacle, imbued with haunting questions about humanity. But it is flawed, as epics tend to be. At a beefy 2 hour, 43 minute run time, the film loses grip on its tight control of the storytelling in the third hour, and flails before finding an appropriate ending. And while K’s intimate connections with others reflect the existence of his soul, one can’t help but feel that the perspective on sex in the film is deeply rooted in uninterrogated male fantasy, despite the presence of fascinating female characters.

The conceit of both films is the Turing Test — human or machine? The conceal and reveal exposes both the soul of machines and the coldness of a humanity that forces subordinate beings into slavery in the service of capitalism. But is a machine sentient? What denotes personal bodily autonomy? What value can be found in the liminal space between human and machine? “Blade Runner 2049” poses those questions, raised 35 years ago, with a piercing, urgent sense of intelligence and intimacy.

Rated R for violence, some sexuality, nudity and language.