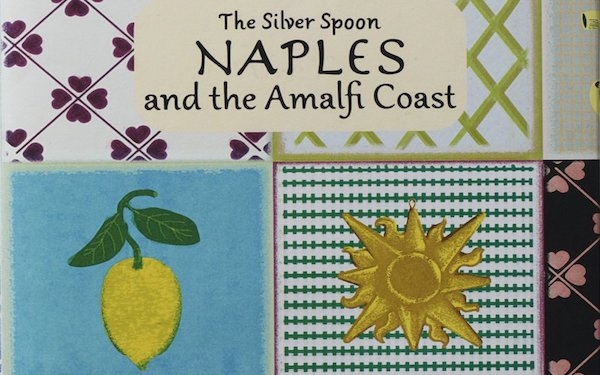 “Locking Up Our Own: Crime and Punishment in Black America,” by James Forman Jr., tackles the extremely real problems facing our huge prison population. With meticulous intelligence, Forman explores the strange set of circumstances that have led African Americans to support tough laws that end up unduly affecting the minority populations in our country.

A big book about Russia, Yuri Slezkine’s “The House of Government” doesn’t shy away from detail. By focusing on a prestigious, government housing block, the author perfectly illustrates a period of time in a country in turmoil.

“When Harry Met Sally,” and other Nora Ephron films finally get the star treatment they deserve in “I’ll Have What She’s Having” Erin Carlson interviews dozens of people involved in the filmmaking for an intimate, insightful look at some great romantic comedies.

For readers, a book about books is pure manna from heaven. Pamela Paul, the editor of The New York Times Book Review, shares her own love affair with all things literary in “My Life with Bob.”

With impeccable timing, Suzy Hansen, an American abroad, recounts tales of living in the Muslim world during this tumultuous century. The mix of personal and political is a terrific balancing act.

“At the Strangers’ Gate,” finds New Yorker writer Adam Gopnik at the top of his game as he muses, provokes and postulates. Funny and deeply insightful, the specificity in Gopnik’s writing skillfully pokes at humanity everywhere.

Lynda Barry’s “The Good Times Are Killing Me” is a soulful, illustrated tale of two girls’ rocky friendship. The bonus drawings of musicians, bluesy, country and jazz are icing on the cake.

Reading “The Comfort Food Diaries,” by Emily Nunn, evokes the same contentment as downing a pint of vanilla swiss almond. Nunn pours out her heart with utter sincerity, and the recipes aren’t bad either.

Dog lovers will appreciate both the writing and drawings that make up “Breeds.” Fenella Smith and The Brothers McLeod use humor and truth to get at the true nature of each kind of canine.

Vietnamese food has never found the place in Americans’ heart that Japanese and Chinese food found. Why? Luke Nguyen’s “The Food of Vietnam” will make your mouth water and your senses sing. The recipes are light, flavorful and simple enough to follow and the photos are to die for.

Another terrific book on food and Italy is Katie & Giancarlo Caldesi’s “Sicily: Recipes From an Italian Island.” Brimming with lusty photos of gleaming produce and fish, this book will activate your salivary glands.

The terrific writer, Mary Gordon, changes the way we think about grandmothers with “There Your Heart Lies.” The story of an older person looking back on her times during the Spanish Civil War, and sharing them with her granddaughter, changes both women’s lives.

Comic and just a little bit tragic, “The Misfortune of Marion Palm,” by Emily Culliton is a great choice for fans of “Big Little Lies.” By managing to keep the tone light, it isn’t until you finish that you notice the enormity of the choices the characters have made.

A slim volume that practically reads like poetry, “Sisters,” by Lily Tuck will seep into your skin. Tender with a hint of meanness, this haunting tale can be read in one bout.

Two very different best friends find their relationship tested in “Conversations with Friends,” by Sally Rooney. Delving into the messiness at the edges of female besties, this book goes where many don’t dare.

Ali Smith’s “Autumn,” short listed for the Booker prize, is the first in a quadrilogy of books set during the four seasons. Written in an evocative style that feels almost poetic, Smith pokes at the meaning of life.

“Refugee,” by Alan Gratz, is a great way to find yourself inside the global immigration crises. With three disparate stories, spanning time and place, Gratz makes it impossible for you to remain complacent.

“The Burning Girl,” by Claire Messud is another tale of female friendship. Tender and melancholy, this story of two girls diverging, with the onset of puberty,

“Little Fires Everywhere,” Celeste Ng is the book of the season. Give it to someone you love and stay up all night talking about it.

Sometimes a classic novel floats back to the surface. “Separate Peace,” by John Knowles, reflects on war, mortality and friendship in such a way that suits this year to a T.

Alone in a zoo at night with her small son, after having seen men with guns, Joan must fight for survival. “Fierce Kingdom,” by Gin Phillips, exploits a fear you may not have even known you entertained.

“Watch Me Disappear,” by Janelle Brown, hovers to the very edge of thrillerdom, just tipping over. Insightful and suspenseful, but in the most real-life-way possible, this book will have you looking twice at the people in your own life.

“When the English Fall,” by David Williams, provides a unique take on our dystopian future, as seen through the eyes of the Amish. Though fortunate in the fact that the community does not rely on technology, the Amish find themselves forced to deal with the fall out in unexpected ways.

So topical! Julia Keller’s “Fast Falls the Night” focuses on the opioid crisis, but with the unusual twist of a thriller. Set in West Virginia, in a town where people are dropping like flies from addiction, prosecutor Bell Elkins discovers a fly in the ointment.

Margaret Millar, an unsung writer of noir, gets her due with Soho Syndicate’s collections of her writing. Check out “How Like an Angel” and “Beast in View” for classic, taut, original prose.