Willem Dafoe finds the warmth of ‘The Florida Project’ 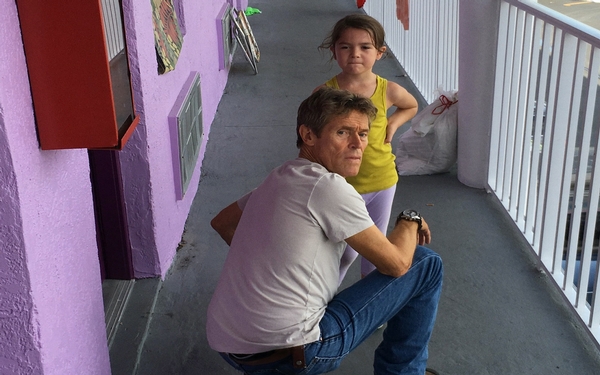 Willem Dafoe is the very definition of a working actor with dozens of roles to his credit. Later this year he will be seen in both the superhero adventure “Justice League” and the remake of the thriller “Murder on the Orient Express,” and earlier this year his voice was heard as the villain in “Death Note.”

But it’s the transformative performer’s role in “The Florida Project” that has garnered him the most attention he has had in years, a reminder of the way in which Dafoe has often been hiding in plain sight.

In “The Florida Project,” which opened Friday, Dafoe plays Bobby, the manager of a small motel along a strip of highway not far from Walt Disney World. There he tries to keep things on the up and up, while often getting more involved than he would like with the people more or less living there.

Though a versatile presence, Dafoe’s most fixed image is that of a villain, with a sinister quality to many of his best-known parts. That’s not the case with “Florida Project.” Instead, there is an unexpected warmth to Bobby as he goes about his work and finds himself in the orbit of a struggling young mother, Haley, and her rambunctious 6-year-old daughter, Moonee.

“I think this role sneaked up on me,” said Dafoe during a recent interview in Los Angeles. “I liked the whole project, but I didn’t really think about how the role would come off. And when I watch it, I’m moved.

Baker’s latest film delves into what he refers to as “the hidden homeless,” those on the economic fringes just scraping together enough money for a vagabond life with little stability. All of Baker’s work has an immersive quality to it, emerging with a heartfelt sense of compassion and desire for emotional understanding. He often works with nonprofessional or relatively untested actors, and so the addition of a two-time Oscar nominee like Dafoe brings a fresh charge to the work.

Baker cast little Brooklynn Prince, who had some acting experience, as Moonee. For the role of Moonee’s mother, Baker cast Bria Vinaite in her movie debut, having discovered her through Instagram.

Dafoe came to Florida ahead of production to meet some of the real motel managers who formed the inspiration and basis for his character. Baker admits he could never quite have predicted that Dafoe would respond as he did to the working environment.

“He was a real team player, always so kind and patient,” Baker said of how he fit into the production. “There’s a totally different way of working, so for Willem to be patient and to even lend a helping hand, not in a lecturing type way, but just in a friendly way. He would help Bria with her confidence, dropping words of advice.”

Dafoe adapted well to Baker’s shooting methods, which often allowed for improvisations away from the script. (In one improvised moment, Dafoe shoos away a flock of birds.) He also found working with performers such as Vinaite and Prince refreshing.

“We’re making a world, and we all bring different things to it. My job is to fit into that world, and their job is to fit in that world, and we make it together,” said Dafoe. “When you get there and you’re doing it, you don’t think about who’s a first-timer and who isn’t an actor. You’re doing things together. You lose a kind of self-consciousness and a kind of egotism that sometimes everything around movies is steeped in. I’m always eager to lose that, but in this cast particularly it’s very freeing.”

Dafoe, 62, first emerged in the late ‘70s and early ‘80s as a member of the experimental New York theater company the Wooster Group. Among his earliest movie roles were appearances in “The Loveless,” “Streets of Fire” and “To Live and Die in L.A.,” establishing his riveting screen presence. He was nominated for an Oscar for his role in “Platoon” and then played Jesus in Martin Scorsese’s controversial “The Last Temptation of Christ.”

From there, he has made a career of widely diverse roles in movies of all different scales. He was nominated again for an Oscar for “Shadow of the Vampire” and appeared as a villain in three “Spider-Man” movies.

Having worked with filmmakers such as Wes Anderson, Lars von Trier, Abel Ferrara and Paul Schrader multiple times, Dafoe is as likely to pop up in a foreign art film as in a big-budget Hollywood production. Now that he splits his time between living in New York City and Rome (he is married to Italian filmmaker Giada Colagrande), his career becomes even trickier to define.

Even as “The Florida Project” has been making the rounds of festivals, earning glowing reviews and some early awards talk for Dafoe, he has been busy working. He recently wrapped on shooting “Aquaman” and noted that the beard he has been growing out will be to play Vincent van Gogh in Julian Schnabel’s “At Eternity’s Gate.”

“I like making things,” said Dafoe. “And I like that sensation as a performer of disappearing into something I don’t recognize and coming out on the other side feeling like I’ve learned something or it’s changed me. Or I’ve had an adventure that gives me a different feeling about life.

“It’s about wonder, it’s about curiosity, it’s about reinventing things so you avoid living your life as a series of conditioned responses,” he said. “It’s waking up.”