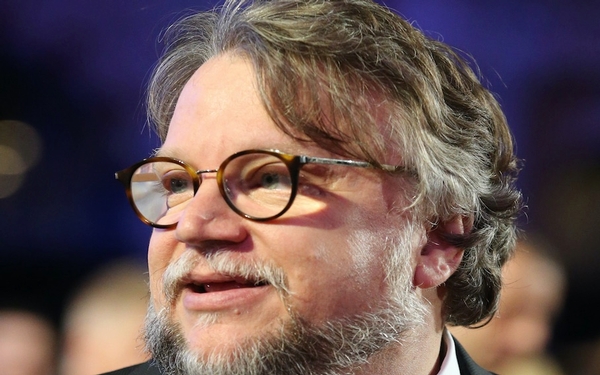 The latest movie by Guillermo del Toro is the genre-hopping “The Shape of Water,” which manages all at once to be a romance, an espionage thriller, a period story, a monster movie and even make time for a full-fledged musical number. His previous feature, “Crimson Peak,” was a gothic romance and horror tale.

Del Toro’s omnivorous storytelling stretches beyond just movies. A trilogy of novels he co-wrote became the basis for the television series “The Strain.” The “Trollhunters” book he co-wrote became an animated series. And Del Toro often expresses an ongoing interest in video games.

So at a moment when there are more ways than ever to tell stories to frighten, to provoke and to entertain, Del Toro seems just the person to turn to regarding how the medium impacts the message, the ways in which how you tell a story can impact the story itself.

“There is a big difference when the mediums are different,” Del Toro says by phone from Toronto, where he lives part time and also where “At Home With Monsters,” the traveling museum exhibition of his memorabilia, artwork and ephemera, recently opened.

In explaining the distinctions between the different methods of storytelling, be it movies, television, books or graphic novels, Del Toro also points out the ways in which they interrelate.

“TV now you have to plan it, you structure it for binge watching,” he says. “Meaning, you structure the whole season like a three-act play. You have a first act, the first third of the season, second act is the middle third and you structure it like that. Whereas a movie you’re dealing with a continuous experience that’s going to last around two hours, so it’s more traditional.

“The other mediums, like video games or books, may follow different sets of rules,” he continues. “But what I find really interesting as a storyteller is that each of those mediums informs the other. You find yourself applying tricks that you learned developing a video game in telling a movie. Little tricks that you learn structurally working in TV, you apply them to a movie and so forth.”

Del Toro says he watches fewer horror films now than he did when he was younger.

“Now I’m a little more selective,” he notes. But he hasn’t lost any of his belief in and love for the power of storytelling to surprise and open minds.

As he says after the screening of “The Shape of Water” during the recent Toronto International Film Festival, where the movie screened inside the theater seen in the movie, “There is art and beauty and power in the primal images of fantasy.”