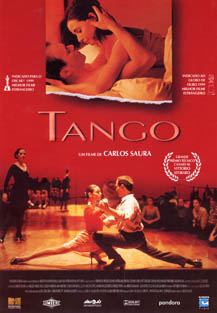 Celebrating the best in both long and short experimental dance films, the Dance Camera West Film Festival ˆ which runs in various locations around Los Angeles, including REDCAT, the American Cinematheque and Hammer Museum ˆ will showcase a handful of unique dance-themed films throughout its run.

The month-long fest was founded in 2001 and, since its inception five years ago, has sought to bridge the gap between the dance and cinema communities. Kicking things off is a program at REDCAT entitled „International Collection of Dance on Screen.‰

The program, as well as the fest itself, combines the arts of dance and film into one collective experience, and showcases contemporary work that, as the festival‚s Web site reads, „uses the camera to expand the possibilities of composition and structure ? These films literally push beyond the boundaries of dance, motion, rhythm, form and gravity.‰

As part of the REDCAT program, the opening weekend will include a screening of Countdown: Reflections of a Life in Dance, a documentary by director Rachel Perez-Bitan that explores the life of dance pioneer Rudy Perez. The screening, which begins June 3 at 5 p.m., will be followed by a moderated Q&A with arts journalist Victoria Looseleaf.

Tickets to Countdown: Reflections of a Life in Dance are $15; tickets for the Saturday, June 3 screenings are $10. For more information and for tickets, visit www.dancecamerawest.org.