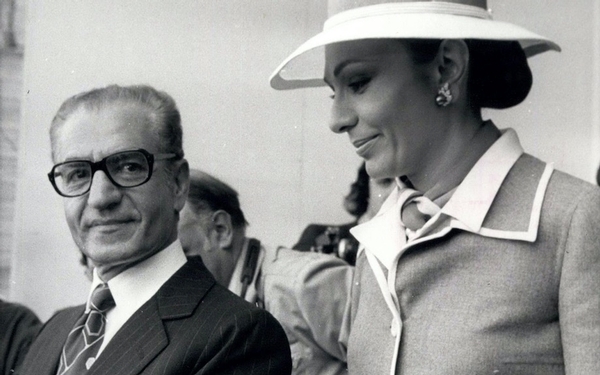 He died in exile, a broken emperor in an unraveling world.

Mohammad Reza Pahlavi, the shah of Iran, drew his last breath in Egypt in 1980 following a 19-month odyssey that turned him into an opulent, unwanted vagabond at the center of a volatile relationship between the U.S. and the Islamic Revolution that swept Ayatollah Khomeini to power. His story is an enigmatic tale of an autocrat who misjudged history and miscalculated the forces arrayed against him.

The new documentary “A Dying King: The Shah of Iran” unfolds like a medical whodunit, examining a carousel of international doctors, egos and mistakes that spun like an eerie coda through the larger political story. Diagnosed with lymphocytic leukemia, which was kept secret for years, the shah was a victim of misdiagnoses, botched surgeries and complications from an abscess and infection that led to his death. Much of this mistreatment and his erratic exile was tied to the shunning of a once-close American ally.

The shah was a distant if pivotal figure in the life of director Bobak Kalhor, who was 7 years old in 1976 when his family emigrated from Iran to Los Angeles during the stirrings of revolt. Kalhor grew up in Sherman Oaks, delivering newspapers and graduating from Cal State Northridge. He became intrigued by the politics of his native land and how the shah was connected to his own fate and the exodus of many Iranian Americans.

“There’s a void of why we came here,” said Kalhor, a first-time filmmaker and real estate broker who hosted a political and medical show on Radio Iran KIRN-AM (670) in Simi Valley. “This movie has been a voyage of self-discovery. I bought a camera and I bought lights. I started traveling and interviewing people. My friends called me the mad scientist. It’s taken a big chunk of my personal finances. But everything hasn’t been answered. It’s the tip of the needle.”

The needle these days points in many directions amid wars in the Middle East, deepening enmity between Shiite-dominated Iran and Sunni-controlled Saudi Arabia, and the Trump administration’s strained relations with Tehran over a nuclear accord.

“It’s a vital time. We’re heading into possible military conflict with a country we don’t understand,” said Kalhor, whose film, distributed by Vision Films and Caru Pictures, opens in Los Angeles on Thursday. “Whatever [political] side you’re on … it’s important to understand the history. Then you can make an educated decision. That was my intent with this, and I hope we can take it to the next level.”

The documentary, weaving archival footage and interviews with doctors, revisits 1979 when the shah fled and Khomeini tightened his grip on Iran. The ayatollah warned President Jimmy Carter and other Western leaders not to give the shah refuge, a threat that took on perilous consequences months later when crowds stormed the U.S. Embassy in Tehran and held 52 hostages.

The shah found himself adrift, shuttling from Morocco to the Bahamas to Mexico and, after Carter relented, to New York. Reza’s wife, Empress Farah, described the ordeal as a “chain of disasters.”

“The whole thing is a book of malpractice,” Dr. Jorge Cervantes, a surgeon and then medical advisor to the U.S. Embassy in Mexico, says in the film.

Dr. Morton Coleman, an oncologist who treated the shah at New York Hospital, says that between government officials, doctors and diplomats there were “too many cooks boiling the broth and there were huge political ramifications.”

The shah’s drama — echoing through the last decade of the Cold War — reshaped global politics and propelled the rise of radical Islam and terrorism that continues to convulse the region and beyond. The handsome shah with his money, crown, medals and elegant wife seems now a misguided, secretive and ruthless monarch from a satirical novel, a gilded man brought down not by enemies but by indecision, rival doctors and an obsessive need not to show weakness.

The medical mistakes were many: The shah was misdiagnosed with malaria, an operation in New York to remove gallstones missed a few, and his enlarged spleen was not immediately treated. When the spleen was finally removed in Egypt by renowned American heart surgeon Dr. Michael DeBakey, the pancreas was injured and the shah suffered an abscess and did not receive intravenous antibiotics. A French surgeon was called in to drain the infection, but the man who once called himself the “king of kings” slipped into a coma and died in July 1980.

In a 1988 story in Vanity Fair, British journalist William Shawcross, whose book “The Shah’s Last Ride” was a source for Kalhor, wrote that the shah’s demise was a “story of obsessive secrecy degenerated into macabre farce.” Shawcross wrote:

“The Shah had at least eight separate teams of doctors: his original Iranian physicians, the French, the Mexicans, [Dr. Ben] Kean’s team, the American doctors at Lackland [Air Force Base in Texas], the Panamanians, the Kean-DeBakey team in Cairo, and now finally revolving sets of different doctors all with different ideas of how he should be treated and might or might not be saved.”

The shah was a victim of changing politics and his own missteps — a man beyond help, a scion of a dynasty cast on a long and troubled wandering.

Kalhor noted that most of the doctors he talked to said “if the shah was an average Joe walking into any major hospital in any major city in any country, he probably would have been cured.”