A Book for Every Stocking 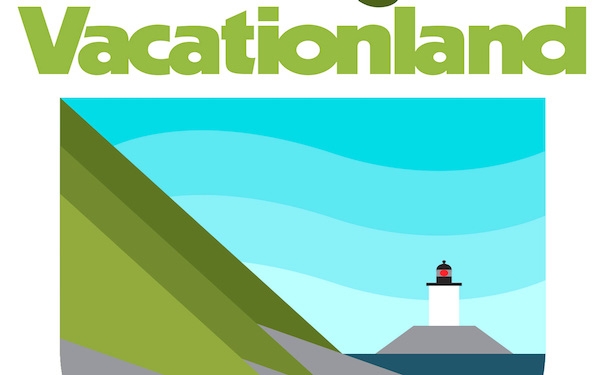 “Educated,” by Tara Westover brings to mind “Captain Fantastic.” Brought up in extreme rural circumstances, with no schooling, the author finds her own way to education.

Mania, obsession and death plague “The Glass Eye,” by Jeannie Vanasco. With grit and determination, the author faces her, very real, demons.

“The Best We Could Do,” by Thi Bui illustrates the author’s childhood, escaping Vietnam with her family and coming to America. The writing is sincere and searing.

One of the “it” books of the year, “My Favorite Thing is Monsters,” by Emil Ferris uses drawings to tell an emotional story, in the best possible way. Follow a young girl trying to solve a murder in the 60s, and you will fall completely down the rabbit hole with her.

Julia Wertz’ “Drinking at the Movies” is a perfect gift for any wayward friends looking for a lifeline. The author, charming, smart and adrift, gently examines her choices, while making fun of them at the same time.

“Patina” and “Ghost,” two insightful novels in Jason Reynolds’ “Track” series, read like a punch in the gut. Grown ups and those under 18 will appreciate the searing prose.

Renee Watson’s “Piecing Me Together” is a timely treastise on growing up girl. The main character, Jade, wrestles with her gender and race, while trying to achieve her own particular dreams.

You can thank your lucky stars for John Hodgman. Just when the world becomes too much to take, dive into “Vactionland” and escape to another dimension.

Paula Poundstone may well be one of the funniest people left alive. Her new book, “The Totally Unscientific Study of the Search for Human Happiness” will have you at the first page. First sentence even.

“The Graduate” is one of those films that every generation discovers anew. Beverly Gray’s “Seduced by Mrs. Robinson” explores the movie’s enduring popularity.

Brit Bennett’s ”The Mothers” is already being turned into a movie and it is easy to see why. Visceral and deeply felt, this tale of a heartbreaking love triangle will seep into your skin.

Ivy Pochoda’s “Wonder Valley” delves into a dark, still sun-drenched Los Angeles in a way that will make you cringe with acknowledgement. Rich in atmosphere and twisty turns, Pochoda makes genre feel fresh.

Reminiscent of the film, “Captain Fantastic,” “Our Endless Numbered Days,” by Claire Fuller, follows a young girl, kidnapped by her father and taken to the woods to outwait the end of the world. Visceral and creepy, the romance of nature has never been so menacing.

You can run but you can’t hide in Nina LaCour’s “We Are Okay.” The escape of college life only takes Marin so far before the world catches up with her.

“The Revolution of Marina M.” by Janet Fitch is a long time coming. The author’s previous work, “White Oleander” struck a serious chord, and this new work is, most certainly, separate but equal.

Travel to Eastern Europe in “Strangers in Budapest.” Jessica Keener focuses on an ex-pat couple’s ever darkening adventure in a way that sucks you in and spits you out.

If Alice or Dorothy had been an acerbic father of three going through a midlife crisis, her adventures might’ve resembled those of the protagonist in Drew Magary’s “The Hike.” It’s funny and continually surprising – especially in its poignant moments.

If your idea of fantasy begins and ends with Hobbits or Mothers of Dragons, you’re missing out on a vibrant part of literature. Peter S. Beagle has assembled a collection of stories from the hottest young writers in “The New Voices of Fantasy,” including modern classics from Ursula Vernon, Usman T. Malik, Kelly Sandoval and more.

Ben Loory returns with his unique brand of short short stories in “Tales of Falling and Flying.” These deceptively simple, absurdist fables and surreal allegories add up to an emotional punch.

“Six Months, Three Days, Five Others” collects six stories from “All the Birds in the Sky” author Charlie Jane Anders, who explores philosophical “what-ifs” with doses of whimsy and quirky humor, while grounding it all with relatable characters.

Adventurous kids will find their bliss in “Atlas of Adventures.” This gorgeously illustrated book, by Lucy Letherland, and written by Rachel Williams, will inspire, entertain and delight anyone with a leaning toward perambulations.

Hilde Lysiak a real ten-year-old, who solved a murder case, The “Hilde Cracks the Case” series is absolutely delightful. Perfect for beginning readers, “Hero Dog!,” is both fun and inspiring.

John Martz’s “Burt’s Way Home” brings to mind the wonderful “Little Bear,” by Else Holmelund Minarik and Maurice Sendak. Sweet and completely child-like, life’s constant journey away from home will resonate with everyone.

Funny and weirdly fearless, “Diary of a Wimpy Kid: The Getaway gives everyone a relatable character to root for. Jeff Kinney maintains the funny shenanigans that make Gregg a one-of-a-kind.

The infamous princesses, Snow White and Rose Red, get born anew in Emily Winfield Martin’s “Snow and Rose.” The lush images propel the tale of two sisters adrift in an enchanted wood into classic territory.

“Shrill,” by Lindy West is the book of the year as far as I’m concerned. Feminism is not a word to shy away from, it’s a word to embrace.

Catriona McPherson’s “House. Tree. Person” takes you down a dark, twisty road, where up is down and down is up. If you’ve ever questioned the intentions of someone close to you, this thriller will make your spine tingle from the base of your back to the top of your neck.

Quirky and suspenseful are two adjectives that rarely pair up in fiction. Christopher J. Yates’ makes both happen splendidly in both “Black Chalk” and “Grist Mill Road.”

Michael Connelly is back and better than ever with “Two Kinds of Truth.” The phenomenal detective, Harry Bosch, faces Los Angeles and his own inner turmoil.